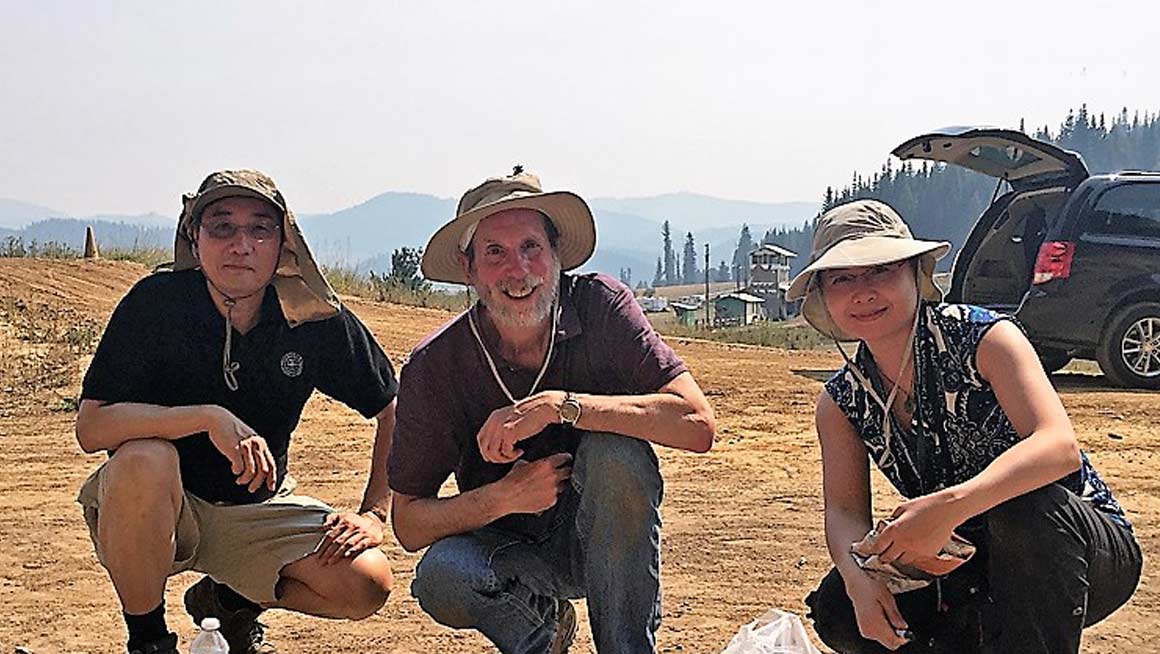 Two Bryant University professors working in Northern Idaho have solved one of the planet’s longest standing geological puzzles: how some of the world’s most extraordinary fossil deposits came to be preserved.

"It has been rewarding to...discover the answers to these long-standing and important scientific questions with new technologies."

The renowned Clarkia Lake deposit is the site of the first and then the oldest plant fossil DNA sequence ever reported. Scientists from a wide range of disciplines are attracted to these extraordinarily preserved fossil deposits (Fossil Lagerstätten) because they offer the finest plant material for the study of ancient environment and climates. However, what has eluded researchers is an understanding of how the preservation of these fossils occurred.

In collaboration with Chinese Academy of Sciences peers, Qin Leng, Ph.D., and Hong Yang, Ph.D., Bryant University Professors of Science and Technology, used advanced biotechnology techniques to discover the mechanism of this rare preservation of biomolecules. Their groundbreaking research is featured in the March 2017 issue of GEOLOGY, the world’s top geoscience journal. The paper is co-authored by Leng and Yang and fellow researchers Drs. Huanye Wang, and Weiguo Liu of the Chinese Academy of Sciences.

The breakthrough was achieved by quantifying a range of microbial lipids known as glycerol dialkyl glyceroltetraethers, or GDGTs. The conclusions, which peer reviewers say "are based on very novel geochemical technology…with broad implications," provide fresh insight into the preservation conditions of the Clarkia deposits.

The research shows that a rapid shallowing event occurred at the ancient Clarkia Lake, triggering a series of physical, chemical, and biological changes that led to the change of fossil preservation. The Clarkia Fossil Lagerstätten was formed during a time of high concentration of carbon dioxide in the atmosphere. That concentration is believed to be similar to the present CO 2 concentration caused mainly by anthropogenic carbon release. These findings offer the best comparison for the study of current environmental conditions with rapid increase of atmospheric CO 2.

Professor Yang has been studying the Clarkia Lake fossil deposit since his Ph.D. research project in 1992 and is the corresponding author of this publication. "It has been rewarding to revisit and discover the answers to these long-standing and important scientific questions with new technologies," said Yang.

This paper is one of the three recent high-profile research papers that the Bryant research group has published in the journal. In a 2013 paper titled "The fossil record of insect color illuminated by maturation experiments," the scientists discovered the alternation of nanostructure on cuticle that controls the preservation of structural colors in fossil insects. And, in their 2015 paper titled "Hydrological changes facilitated early rice farming in the lower Yangtze River Valley in China: A molecular isotope analysis," the research team presented critical evidence for environmental changes that facilitated the early development of rice farming in China. These research projects were conducted in part at the Laboratory for Terrestrial Environments at Bryant University with the participation of Bryant undergraduate students, alumni, and international visiting scientists.