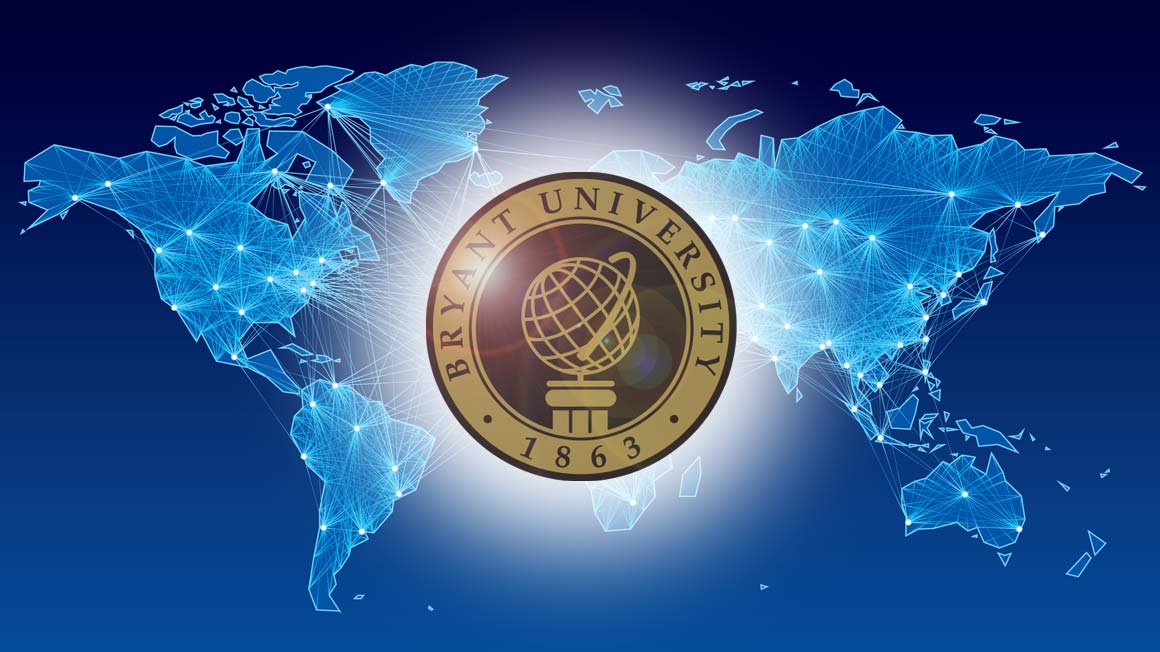 At Bryant University, faculty engage in a time-honored academic tradition known as sabbatical, a block of time that replaces teaching and service duties with a period dedicated to a new or ongoing project.

Sabbaticals allow Bryant faculty to catch up on—and contribute to—their fields of knowledge, resulting in findings they can then bring into the classroom to educate and inspire. In addition, many faculty often pursue goals that enhance their teaching abilities, including developing new pedagogies and new teaching cases.

Sabbaticals allow Bryant faculty to catch up on—and contribute to—their fields of knowledge, resulting in findings they can then bring into the classroom to educate and inspire.

Eleven faculty were on sabbatical during the 2018-2019 academic year. Here is a sample of projects they pursued:

Brian Blais, Ph.D., Professor of Science and Technology, furthered works in progress, including projects featuring collaborations with researchers around the world. With colleagues at the NIOZ Royal Netherlands Institute for Sea Research, he completed a draft of a paper titled "Stable carbon isotopic fractionation of algal biomarkers as a proxy for PCO2: Constraints from late Pleistocene sapropels," which explores a method for estimating ancient carbon dioxide. He also worked with colleagues at the University of Bologna and at Brown University on a draft of a paper titled "Energy consumption and entropy production in a stochastic formulation of BCM learning," which explores a theoretical model of learning and memory in the brain. This was in addition to a paper on teaching, "Model Comparison in the Introductory Physics Laboratory," which will appear in Physics Teacher magazine early in 2020, as well as "A Measure of Faith: Probability in Religious Thought," a working draft of a book applying probability theory to the ideas in religion.

Richard Glass, Ph.D., Professor of Information Systems and Analytics, continued work on concepts he presented at Bryant’s annual Research and Engagement Day (REDay), a celebration of scholarship within the Bryant community. He discussed a variation of his REDay presentation, “Artificial Intelligence: Should We Be Worried,” a review of the literature on the ethical implications of artificial intelligence, as a study proposal at Proceedings of the International Association for Computer Information Systems 59th International Conference. He also pursued a focused research project concerned with student academic performance, investigating the impact of social media use and loneliness. The findings of this project may help identify students at risk in an academic setting and potential interventions.

Professor of History and Legal Studies Michael Bryant, Ph.D., completed work toward textbooks breaking new ground, and a scholarly article accepted for publication on Raphael Lemkin’s concept of genocide. He also attended an international historical conference. Among his textbook projects: the completion of a draft of "Nazi Crimes and Their Punishment," which seeks to expose students to foundational documents and court cases relating to trials in the immediate postwar period (1945-50). The textbook will be published in March 2020 by Hackett Publishing in Boston. With colleagues at Boston College, he helped organize the international symposium “Hitler’s 'Mein Kampf': Prelude to Genocide,” held at Boston College in April 2019. It was the first time a North American scholarly institution marked the 2015 republication of "Mein Kampf" with a public conference. The goal of the event: To "reacquaint the world public with the obsessive themes of 'Mein Kampf' at a time when they have become relevant again to world politics in the form of ethno-nationalist movements, growing nativism, and anti-immigrant fervor.”

Sam Mirmirani, Ph.D., Professor of Economics, collaborated with Bryant colleague Jongsung Kim, Ph.D., Professor of Economics and Department Chair, on a scholarly paper titled “An assessment of non-health factors influencing overweight and obesity among OECD countries with panel data.” Says Mirmirani, “Our focus is to identify the influential non-clinical factors contributing to the recent growth of obesity" among Organisation for Economic Co-operation and Development (OECD) member countries.

These faculty members were also on sabbatical during academic year 2018–2019: