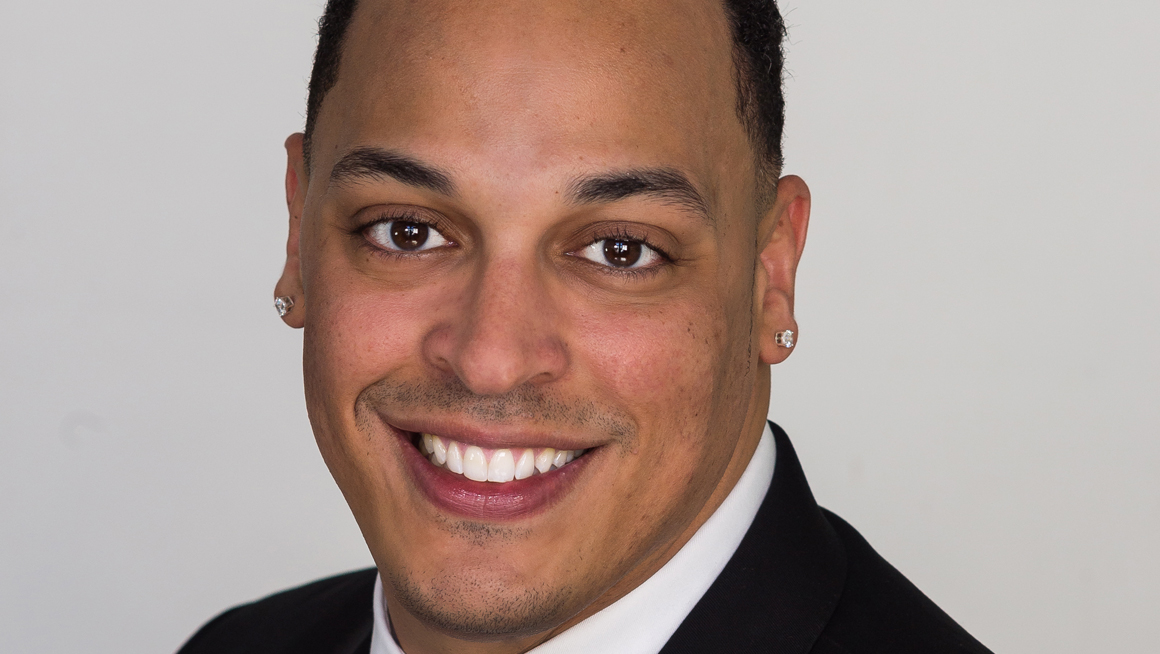 Junior D. Jabbie ’06, ’07 MBA couldn’t have known it at the time, but when he was an undergrad student-athlete who skipped dinner at Salmo one night to attend a guest speaker presentation at a graduate-level class, his life was about to change.

The class was Operations Management, and the guest speaker was Cheryl Watkins Snead ’06H, Bryant University Trustee and Founder, CEO, and President of Banneker Industries. Following the talk, Professor Christopher Roethlein, Ph.D., suggested that Jabbie look into an internship at Banneker. Neither realized that Banneker lacked an internship program at the time.

“But I called, multiple times, and sent multiple emails,” Jabbie says. “Eventually, they brought me in for an interview.”

“Networking shouldn’t be a transaction. It’s going out and meeting as many people as you can, and trying to help out as many of those people as you can in one way or another. All those seeds you plant will grow.”

His energy and persistence paid off, and Jabbie would find himself on an accelerated career growth trajectory, starting as an intern, and culminating in his appointment as President and CEO of the supply-chain-management company this year, following Snead’s unexpected death in January 2018.

It was Jabbie’s energy and drive that Snead appreciated in the young employee, and she took him under her wing, mentoring him through several years of progressively more responsible assignments at the company, which is headquartered in North Smithfield, RI, and has operations in four other states.

Bryant: "The best choice I ever made"

Born in Silver Spring, MD, Jabbie barely knew where Rhode Island was, much less Bryant University. But he knew he wanted to play football and pursue an MBA, so he went with what he now calls “the best choice I ever made” when Bryant recruited him. He received his B.S. in Business Administration in 2006 and his M.B.A. in 2007.

Jabbie, who enjoys travel and sports, makes sure to work fitness into his daily routine. An intensely driven person by nature, he continues to work on balancing his personal life with his professional demands. He credits his athletic training – and the rigorous Bryant curriculum – with helping build his discipline, determination, and business agility.

Working just a few minutes away from Bryant makes it easy for him to stay in touch, and he frequently visits the campus to participate in events and student programs. “It feels like I never left!” he jokes.

But he’s serious about giving back. “Networking shouldn’t be a transaction,” he says. “It’s going out and meeting as many people as you can, and trying to help out as many of those people as you can in one way or another. All those seeds you plant will grow.”

For Banneker, his vision includes expansion to scale its third- and fourth-party logistics services and solution-engineering competencies. And he wants to continue Snead’s legacy of “inspiring and encouraging people to do more than they thought they ever could.”