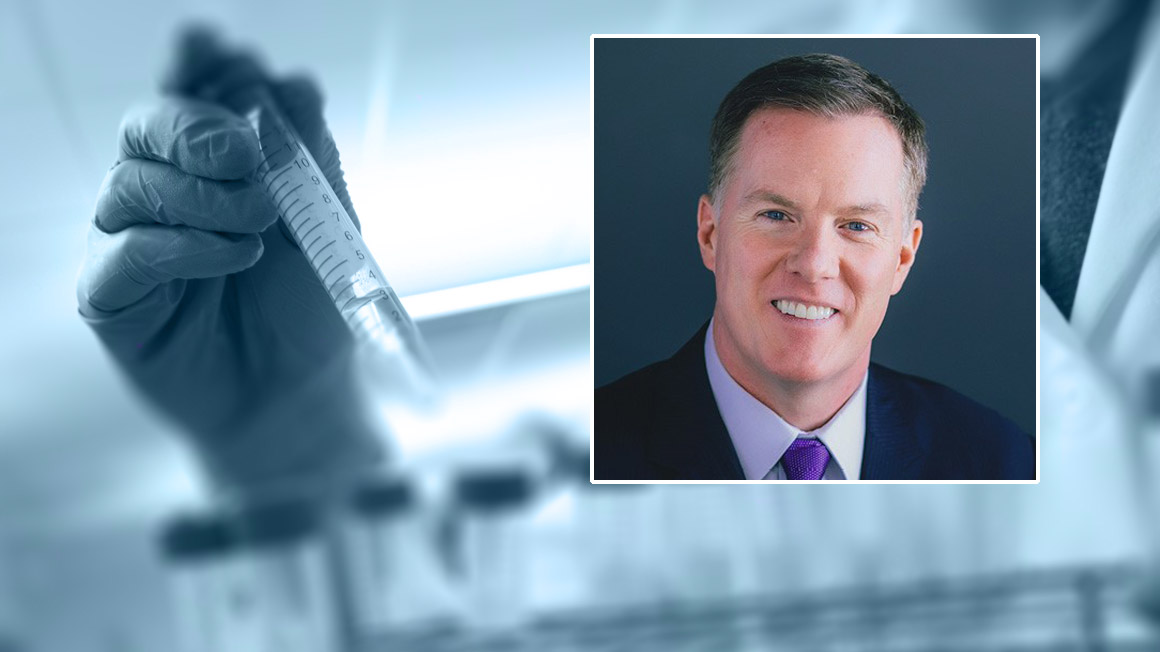 Kevin O'Neill P'20 is turning his coronavirus recovery into valuable research.
Kevin O’Neill P’20 uses his COVID-19 illness to make a difference for others
Apr 14, 2020, by Staff Writer

After being ill with COVID-19, Kevin O’Neill P’20 is happy to have recovered, and now he’s doing what he can to help others at risk from this sometimes life-threatening virus.

Following a 14-day quarantine at home with his family, the Wakefield, RI resident is now an eager participant in coronavirus research projects at Rockefeller University in New York. Teams of scientists there are working on a series of efforts aimed at better understanding the biology of the SARS-CoV-2 virus, which is responsible for the current global COVID-19 pandemic.

The father of Ethan O’Neill ’20, an International Business major with a concentration in Entrepreneurship, Kevin O’Neill is also a member of the University’s College of Business Dean’s Council.

He knew something was wrong as he returned home on March 11 from a business trip to the UK and Germany with mild symptoms, he told media. He immediately self-quarantined while he waited to get the test that eventually confirmed his diagnosis.

Fortunately, O’Neill’s symptoms were never severe enough to require hospitalization, and thanks to the extreme steps he took to isolate himself at home, his family members seem to have been spared from the infection.

Though he stayed confined to one small area almost exclusively, if he did need to move about the house, the family would scatter.

“I would bring my hand sanitizer and [bleach] wipes to make sure I wiped down anything I touched,” O’Neill told The Providence Journal. “My philosophy through this from the beginning was: If I catch it, let it end with me.”

During his quarantine, the executive recruiter busied himself looking for ways he could be of use to researchers working on vaccines and treatments for the sometimes-deadly infection. He knew from conversations with doctors that he would likely have special antibodies in his blood that had helped to neutralize the virus and may provide him with a degree of immunity. He found Rockefeller University’s program through his online research.

On April 6, he drove to New York to donate blood for scientists to use in their efforts across a broad range of studies into the novel coronavirus.

“They’re looking for these neutralizing antibodies which they describe as these powerhouse antibodies that the body creates after an acute infection. They’re going to isolate those and then clone them,” O’Neill told ABC6 News in RI. The antibodies may then be used in treatment therapies and eventually for a potential vaccine.

“We’ve all been confined to quarters, sitting home watching Netflix and overeating frozen pizza, and this felt like the first time I had a chance to do something that might make a difference,” he told The Journal.