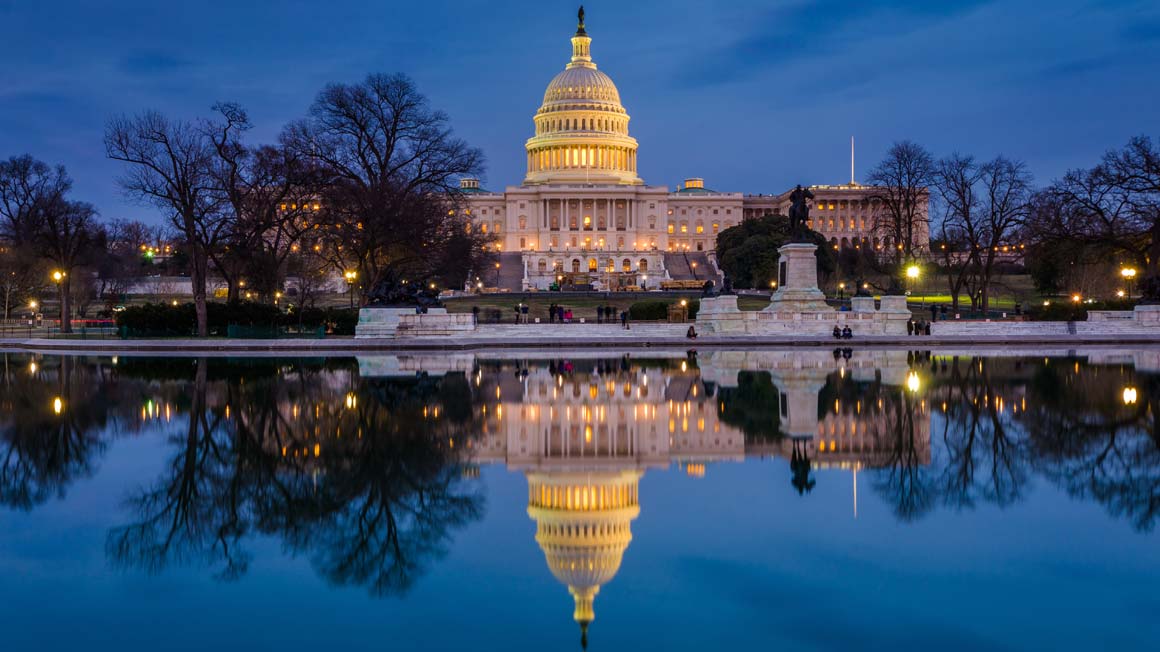 Politics and Law major Ryan Strik ’20 is passionate about serving his nation. “I want to try to do something good with my life and help people,” he says. But to make a difference, he knows you need to have experience to guide you. Through the Washington Center for Internships and Academic Seminars, Strik found a position as a Legislative Intern in the Office of U.S. Sen. Mazie K. Hirono (D-HI), where he learned firsthand what it meant to be a part of Capitol Hill.

“I wanted real hands-on policy experience, and one of the best places to get that is on the Hill,” says Strik. “I remember thinking, ‘This is where the action is. This is the hub.'”

To live and work in Washington

Independent and nonprofit, The Washington Center provides college students with opportunities to work and learn in Washington, D.C., for academic credit. The Center has more than 50,000 alumni, many of whom are in leadership positions in the public, private, and nonprofit sectors.

“Opportunities like The Washington Center is one of the things I love about Bryant. Being able to expand my world view has been so important.”

Emily Nunez ’20 first learned about the Washington Center through a trip offered by Bryant’s Amica Center for Career Education. As a Politics and Law major, Nunez knew a semester in the nation’s capital would be perfect. "I felt like this would be a really meaningful way to not only learn more about my field, but also to learn a little bit more about the hub of politics in the United States.”

Marketing major Alex Dieker ’20 knew he wasn’t necessarily going to go into politics as a career but still jumped at the opportunities afforded by The Washington Center after learning about the program at an Amica Center-sponsored career fair. “I was really interested in meeting new people and having different conversations than I normally would with them,” he notes, comparing it to a semester abroad.

“Opportunities like the Washington Center is one of the things I love about Bryant,” Dieker adds. “Being able to expand my world view has been so important.”

The Amica Center and Undergraduate Advising Office helped the students with their applications, making sure the credits from the program aligned with their needs, resulting in what Deiker describes as a "really seamless process.” The guidance they received from Bryant educators like Associate Professor of History and Social Sciences Richard Holtzman and Instructor Mary Anne Clark, herself a The Washington Center alumna, was also invaluable. "The relationships you build with your professors and the support you receive from them is one of the areas where Bryant really stands out," notes Strik.

"They really try to help you figure out where you want to go and what your passions are. As somebody with no Hill experience, it was eye-opening, and exciting and incredibly helpful for my own professional development."

As part of The Washington Center experience, students are placed with high-level organizations that match their interests and career plans. “They really try to help you figure out where you want to go and what your passions are,” notes Strik, who had previously interned in the Rhode Island office of U.S. Sen. Jack Reed (D-RI). “As somebody with no Hill experience, it was eye-opening, and exciting and incredibly helpful for my own professional development."

Nunez, who has always been interested in public policy, was matched with the bipartisan consulting firm Whitmer & Worrall, LLC. “I had hoped that I would be able to do meaningful work and contribute to the firm in a meaningful way,” says Nunez. At Whitmer & Worral, Nunez drafted Congressional request for meeting letters, follow-up letters, and policy memos, edited and proofread three proposals which led to the acquisition of a new client, created marketing materials for the firm, and even co-coordinated a three-day Washington, D.C., lobbying event with more than 300 attendees.

Dieker worked as a Public Affairs and Media Intern for the Organisation for Economic Co-operation and Development, an intergovernmental economic organization with 36 member countries. There, he honed his marketing and writing skills on projects that were sent all over the world. “I’ve done internships before but never for a business at this scale,” he says “I got a much better sense of how large organizations operate.”

His interdisciplinary Bryant education, he says, helped him prepare for the challenge, "not only in a marketing sense, but in a broader business sense as well. The wide range of courses I've taken in subjects like finance, accounting, and economics prepared me to for the research I had to do."

“You come into contact with so many high-stature people, amazing professionals and experts in their field. They’re not only accessible, they want to talk to you as well!”

In addition to their internships, the Washington Center students took classes on subjects such as international relations and engaged in professional development seminars. They also shared experiences and drew inspiration from one another. “You could share what you’ve learned and pick up tips and suggestions from everyone else,” says Nunez. “I learned what it was like to work at Politico, or at NPR, or in Congress, or for a nonprofit.”

That sense of camaraderie extends beyond the program. “You come into contact with so many high-stature people, amazing professionals and experts in their field,” says Nunez. “But they’re not only accessible, they want to talk to you as well!”

"Through the Washington Center, you have the chance to experience all of these amazing things you’ve previously only read about or seen on TV. The semester was a transformative experience, to say the least.”

Their experience with The Washington Center made a lasting impact. “I tell everyone that you get so much out of this experience, not just the internship, but being with a group of 300 other students who are so positive and encouraging,” says Nunez. “Everyone wants to help you, and I know the connections I’ve made through the program are going to be lifelong.”

“It’s great to be able to point to it on your resume,” notes Dieker, who also notes the skills he developed have translated to his Bryant coursework, “but beyond that you benefit from being exposed to so many different viewpoints from people who are experts in so many different fields.”

For Strik, who wanted to experience the action of Washington firsthand, it was a once-in-a-lifetime experience that convinced him he had chosen the right path. “Through the Washington Center, you have the chance to experience all of these amazing things you’ve previously only read about or seen on TV,” says Strik, who graduated a semester early and now works as a Staff Assistant in Senator Reed’s office, a position he describes as a “dream job.” “The semester was a transformative experience, to say the least.” 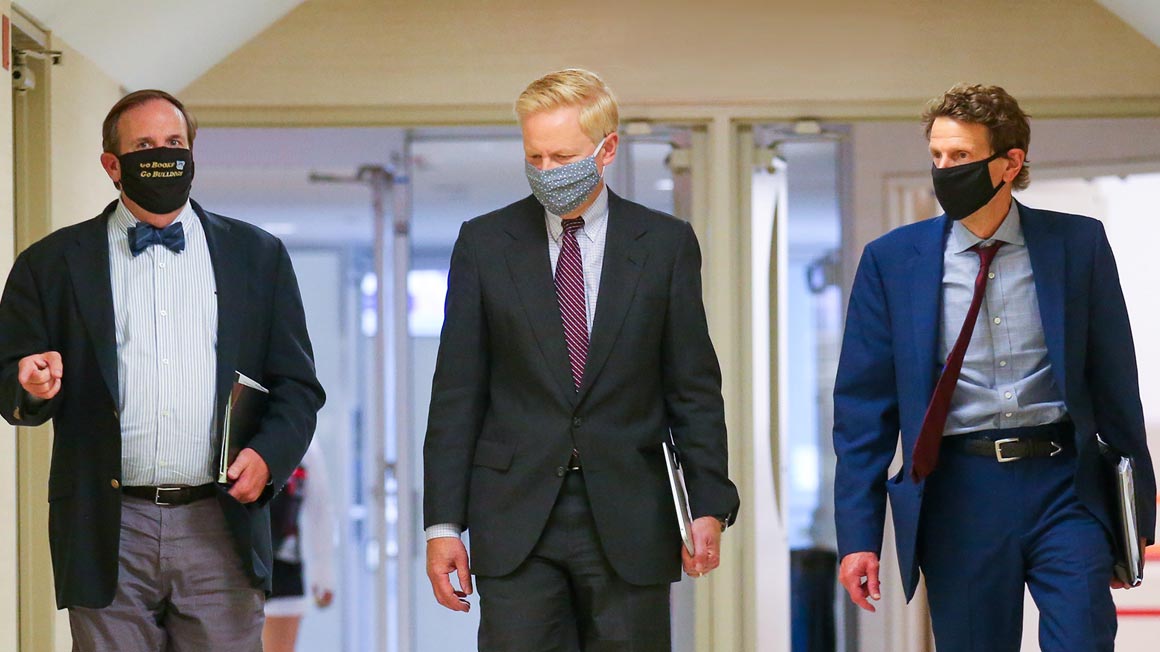 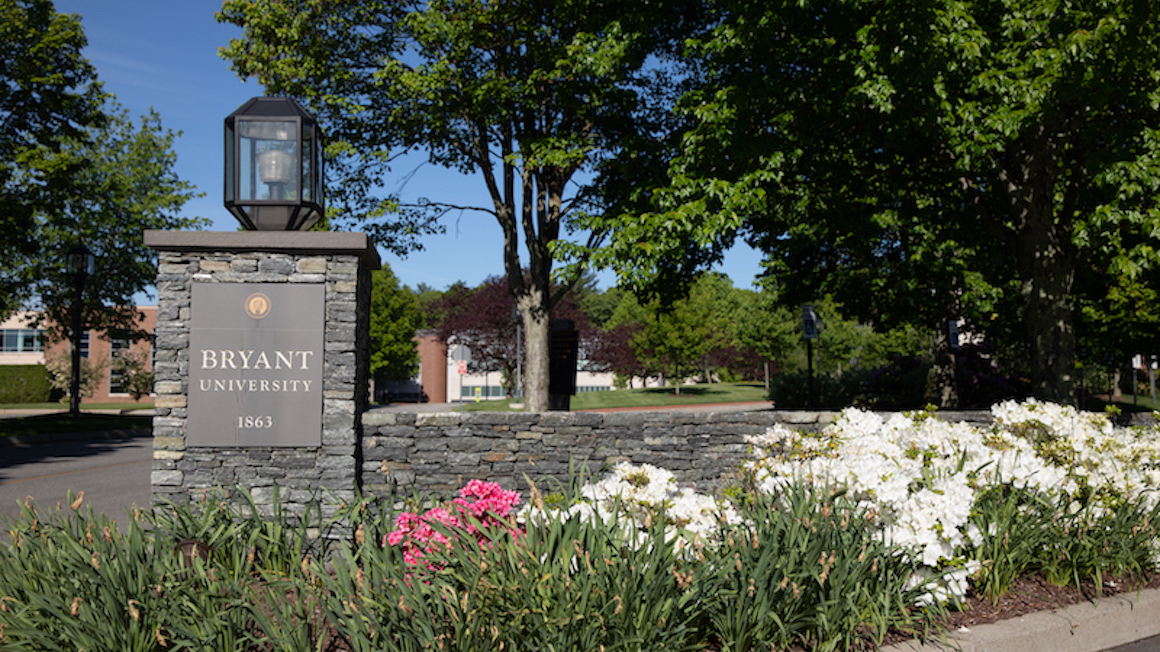 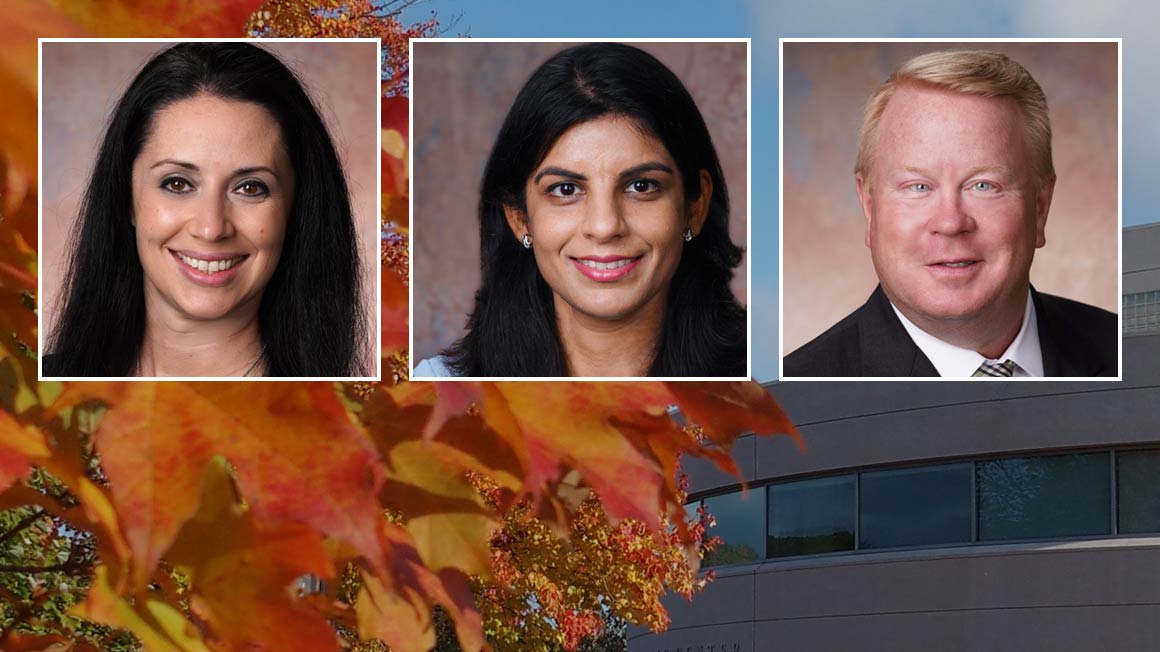 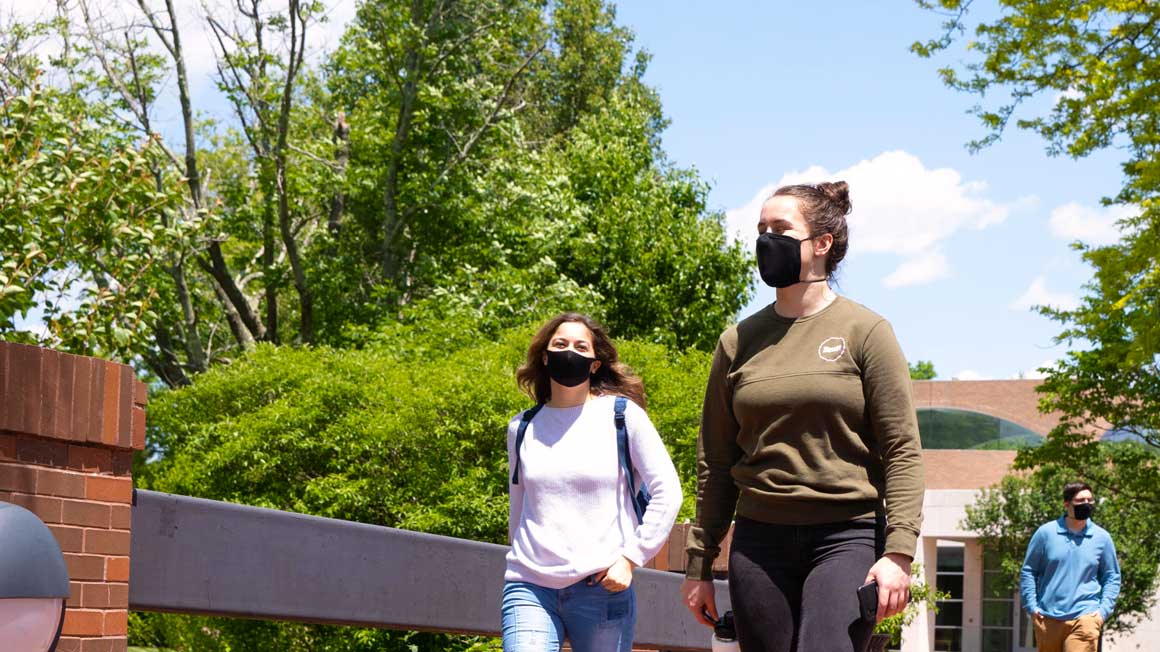 Academic Excellence
Be in demand with a Bryant MBA degree; 2020-21 application deadlines announced 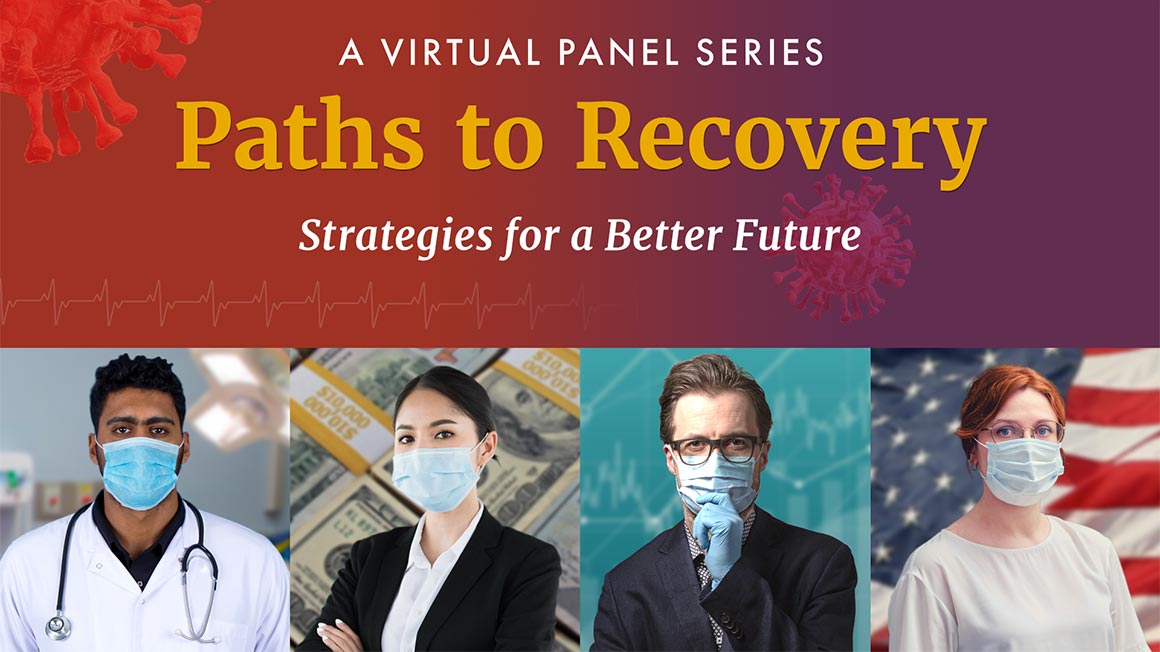