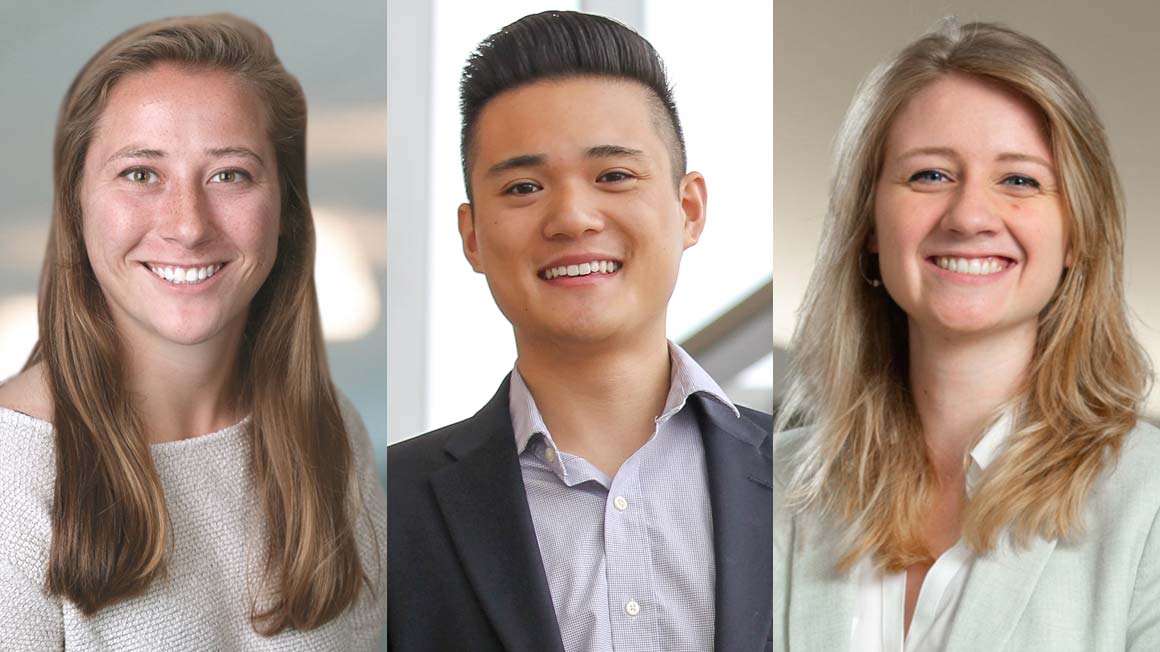 “There were two big things I wanted when I was looking for a job,” says International Business major and Global Supply Chain Management concentrator Alexandra Aubron ’19. “The first was that I didn’t just want to be working at a global company, I wanted to travel abroad and live overseas. The second was that I wanted to keep discovering new things."

She got both with the Prysmian Group, a world leader in the energy and telecom cable systems industry, With Prysmian, Aubron will join 43 other graduates, representing 19 countries, in a program that will take her around the world and enhance her understanding of a range of aspects of the supply chain industry.

Aubron isn’t alone among her classmates in finding a fantastic job in the field she loves. Bryant’s students are discovering that their multi-disciplinary education and purposeful 24/7 student experience provide the competitive advantage they need to launch amazing careers.

The real-world experience she gained from her Bryant coursework, including practicum courses where she developed real solutions for international companies, gave her an edge, says Aubron. It’s one of the reasons she came to school here. “When I first spoke with Professor [Andres] Ramirez, the IB program director, he talked about how students have the opportunity to work with real companies even before they graduate – that's something that definitely stood out for me,” she notes. “I knew I wouldn’t just be getting a degree, or ticking boxes at Bryant. I was getting the whole experience. That's what made the difference for me, compared to other schools.”

“It’s not enough to be able to read the data. You need to develop the critical thinking abilities to question it, and the storytelling skills to be able to explain it to others.”

As part of the Prysmian interview process, Aubron worked on a case study with a team of other applicants. “I thought, ‘oh that was easy’ because of what we had done in class. It felt just like the projects I’d done at Bryant,” she says. “I didn't feel stressed at all.”

To be the very best

Working at one of the Big Four accounting companies was always the end goal for Accounting major Andy Pham ’18, who will be starting as a Tax Associate at PwC in January. “I wanted my time in college to help me become the best version of myself,” he says, “and everything that I did, and everybody that I've met, has pushed me to be that better version.”

At Bryant, Pham learned that there’s much more to being a good accountant than just understanding numbers. “It’s not enough to be able to read the data,” he says. “You need to develop the critical thinking abilities to question it, and the storytelling skills to be able to explain it to others.”

“I love Bryant. This school has gotten me so far, and helped me grow as an adult, as a professional, and as a person."

His professors, including Senior Lecturer in Accounting Mary Ella Gainor, “took the time to sit down with me and help me really nail down the concepts,” he says. They also recommended him for key internships with companies such as Dunkin’ Brands and John Hancock Investments.

Before starting at PwC, Pham, who graduated in December, decided to pursue his Master of Professional Accountancy. The choice of schools was easy.  “I love Bryant,” says Pham. “This school has gotten me so far, and helped me grow as an adult, as a professional, and as a person."

Ready to do anything

Environmental Science major Emma Ahlrichs ’19 didn’t want to work in a lab or behind a desk. Now, as a Wildland Firefighter with the U.S. Forestry Service, the great outdoors is her office.  “This job is really unique,” she says. “I’m excited to get my hands dirty and do something that’s really cool and interesting.”

“I feel like the world is opening up for me and I can do whatever I want now.”

At Bryant, Ahlrichs built a path that let her focus on the things she loved and that were important to her. Originally a Biology major, she switched subjects when she realized that Environmental Science would be a better fit. “The field just really relates to who I am, and I knew it would help me get to where I wanted to be,” she says. “There’s so many things you can do with an Environmental Science degree, it’s going to be a huge part of almost every sector.”

The winner of this year’s Environmental Science Leadership award, Ahlrichs says the one-on-one work she did with her professors, including Associate Professor Dan McNally, Ph.D., helped provide her with the foundation to excel. “It’s good that I have the science background to go with the hands-on work I’m doing,” she explains. “It’s been really helpful.”

She also believes the diversity of her studies will serve her well as she continues her career. “I got an education in management, psychology, and science at Bryant,” says Ahlrichs. “That’s pretty well-rounded.”

Wherever her path takes her, she’s excited to get started. “I want to do something that’s important – not just for me, but for other people as well,” says Ahlrichs. “I feel like the world is opening up for me and I can do whatever I want now.”