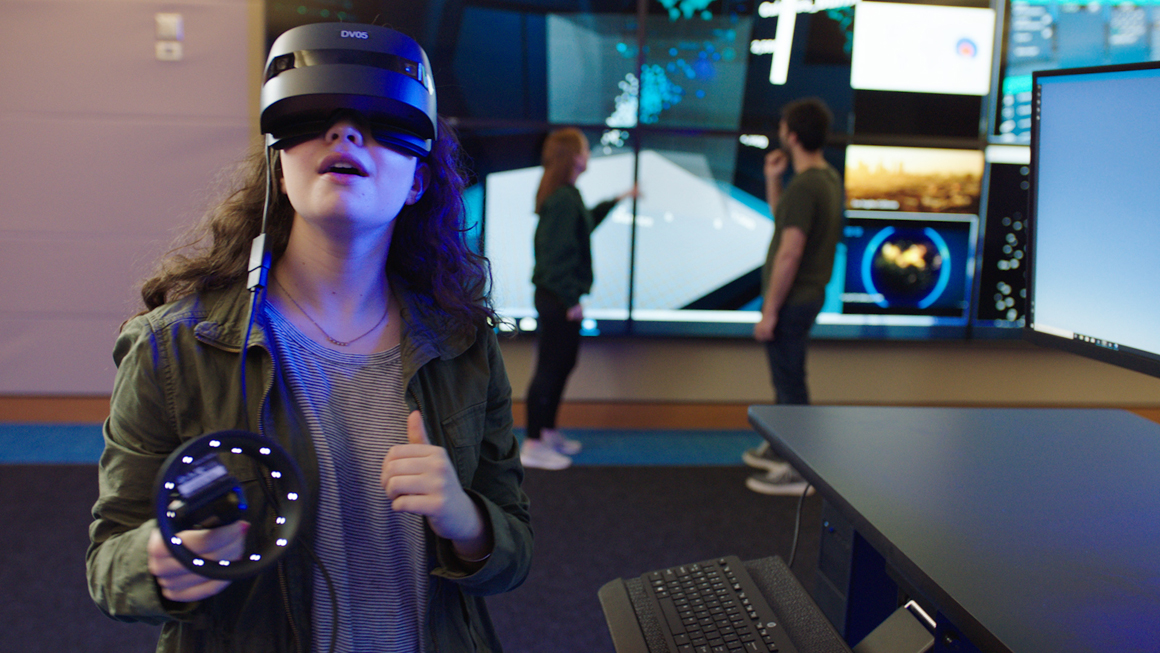 Digital photography. Netflix. Apple’s iPhone. All were radical innovations that disrupted their industry categories, displaced market leaders, and transformed consumers’ experiences and expectations. What were once novelty inventions attractive to underserved customers have become ubiquitous features of everyday life. All are examples of disruptive innovation.

The formal theory of Disruptive Innovation was proposed by Harvard Business School Professor Clayton Christensen ’16H in his groundbreaking book, The Innovator’s Dilemma, published in 1997. He observed that successful companies generally focus on meeting the needs of their best customers with ever-improving products and services. These “sustaining innovations,” which become increasingly complex and more costly to meet consumer demand, mark the traditional route to greater profit.

The earliest versions of digital photography, for example, produced images that initially were inferior to those captured on film. But a segment of the market, unwilling or unable to pay for high-end camera equipment and intrigued by the elimination of film and its processing, traded imperfections for the convenience of the digital format. The technology improved at lightening speed – upending an industry that traditionally focused on improving the quality of film and equipment. Ironically, the digital camera has itself been displaced by cell phone cameras as new disruptors enter a relentlessly evolving market.

“Skate to where the puck is going to be”

Innovative disruptors – the individuals who found and lead the thriving companies that challenge and change industries and culture – are a unique breed of thought leaders and entrepreneurs. The late Steve Jobs, founder of Apple, famously summed up a key characteristic at the unveiling of the first iPhone in 2007. “There’s an old Wayne Gretzky quote that I love,” he said. “'I skate to where the puck is going to be, not to where it has been.’ And we’ve always tried to do that at Apple.”

Among the ranks of innovative disruptors are numerous Bryant alumni who are fighting the status quo in many industry sectors. One is Ian Morris ’90, co-founder and CEO of Seattle-based Likewise, Inc., a service funded by Bill Gates that reimagines how users discover, organize, and share recommendations for their favorite books, movies, TV shows, restaurants, and places.

Morris founded Likewise with the belief that today’s incumbents, which provide crowd-sourced ratings from anonymous strangers, can't possibly be the best way to get great recommendations. In a world overrun with aggregated ratings from strangers, fake personas, and filled with negative commentary, Likewise distinguishes itself by providing an always-positive environment focused on things people love rather than those to avoid. “We’re about providing personalized and authentic recommendations from the people, influencers, and brands you know and trust, all delivered in a positive environment,” explains Morris.

"You need to be tenacious because, most often, everything is pushing back against you." – Ian Morris '90

This isn’t Morris’s first foray into challenging the status quo. As the CEO of Market Leader for more than a decade, Morris disrupted two different aspects of the real estate industry.  The company was the first to use the Internet to generate leads for real estate professionals at scale, and then later, built the industry’s first end-to-end Software-as-a-Service (SaaS) platform. In both cases, Market Leader disrupted value chains and as a result met with resistance both from competitors and many of those who would become the company’s most loyal customers. He’s also been a strategic advisor to a number of SaaS providers who are innovating in other industries.

Morris cites Netflix and LinkedIn as two examples of disruptive innovation. Universally recognized for its role in the demise of the Blockbuster video rental empire, Netflix is in the unique position of being a disruptive innovator that has subsequently disrupted itself, he says. The company has successfully navigated the competitive shift from a DVD subscription service, to online streaming, to creating original content.

Morris also points to LinkedIn as a company that has gone from enabling professionals to post profiles online, to one that is disrupting corporate communications, recruiting, and customer relationship management, leading to the company’s acquisition by Microsoft for $26 billion. “Everything a user needs resides in one place, stored in a free, cloud-based personal CRM tool,” he explains. “With easy access to prospects and customers, the platform is even a threat to email communications.”

Being a contrarian is underrated

Through his experiences, Morris has distilled the qualities of a disruptive innovator into a few vital attributes. “You need to be tenacious,”he insists, "because, most often, everything is pushing back against you.”

He also thinks that being a contrarian is an underrated quality. “You really need to be willing to come at something very differently and to be ready to hear people tell you why what you’re doing isn’t going to work.” Finally, he adds, “you need the passion and communication skills to sell your vision because you need to find employees, partners, and eventually customers, who believe in the same vision and want to join you for the ride. Otherwise you’re just talking to yourself.”

A decade after Christensen’s theory was published, Mario Hernandez ’97 MBA sat in his class as a student in the Advanced Management Program at Harvard Business School. He recalls the professor’s instruction to “leap instead of going in a straight line in terms of how you look forward and even change your business model.”

After more than 20 years in banking, Hernandez founded and leads IMPESA, a company that is revolutionizing the electronic payments industry. Its inaugural product, Monibyte, is a cloud-based corporate payments platform that has processed millions of international transactions.

That early advice from Christensen resonates with the company’s CEO. “Now that I’m on the other side, it’s even clearer,” explains Hernandez. “There are so many changes banks can’t make because of their legacy systems. A bank takes two years to create a new product. We can introduce and implement one in two to three months.”

Unlike other companies that are disrupting payment systems with wallet apps for smart phones, Monibyte has a different but no less innovative mission. Its proprietary system fully customizes the credit card experience. This enables corporate card holders to set specific parameters for card use and monitor transactions. “Our mission is to help financial institutions compete with technology companies that are faster to market. We see ourselves as a technology enabler,” explains Hernandez.

“There are so many things that demand focus because at some point you might need to change direction or you will miss an opportunity." – Mario Hernandez '97 MBA

IMPESA has an impressive record of employee retention, and Hernandez believes creating that environment is essential for innovative companies to flourish. “In five years, we’ve had zero rotation,” he notes. “As a leader you need to understand that your staff is extremely important. Everyone needs to be very well trained in world-class technology and you need to be on top of everything that’s going on.”

Hernandez also emphasizes the importance of developing a balance between being “laser focused” on the company mission while paying attention to the industry environment. “There are so many things that demand focus because at some point you might need to change direction or you will miss an opportunity,” he says. “It takes dedication and you need to travel and learn what’s going on around you because that’s changing every single day.”

That external awareness leads Hernandez to see blockchain – the digital technology developed to track Bitcoin cryptocurrency – as a massively disrupting “game changer” for multiple industries. “Blockchain ledgers tell you exactly where a particular asset is located – where it travels, where it is now, and how it changes hands. The technology can be used on virtually every single thing you can think of – for more secure wire transfers, logistics, accounting, health care, almost anything.”

For Hernandez, blockchain is an environmental factor he needs to be aware of while IMPESA focuses on its mission and waits for the technology to mature. His key question for any innovation: Does it add value? “Technology changes your business faster and faster every day. Our business can be disrupted in just one year,” he acknowledges. “You really need to be aware of what’s going on around you and have the flexibility to change fast.”

This story appears in the Summer 2019 issue of Bryant magazine.