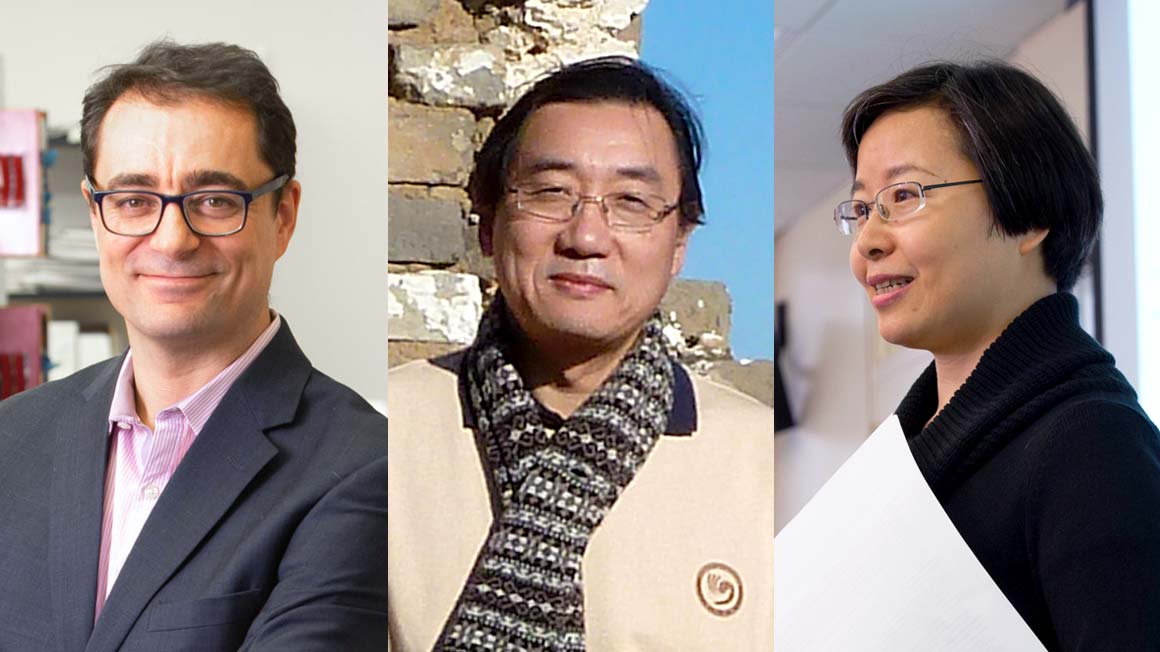 The work of Professor of Legal Studies Andrea Boggio, J.S.D., and of Science Professors Hong Yang, Ph.D., and Qin Leng, Ph.D., published in prestigious journals, offers a new look at the world around us and highlights the value academic research plays in improving our lives.
Bryant faculty make science headlines
Jan 24, 2020, by Staff Writer

Their work, published in prestigious journals, offers a new look at the world around us and highlights the value academic research plays in improving our lives.

Defending the human right to science

Boggio, whose current research focuses on science policy issues, co-authored a paper proposing a human rights framework for regulating human germline in The CRISPR Journal. In “The Human Right to Science and the Regulation of Human Germline Engineering,” he and his co-authors noted that “existing national legislation fails to provide the governance framework necessary to regulate germline engineering in the CRISPR era.”

To overcome this deficiency, they suggest that securing “the human right to science is an ideal starting point for building consensus, at the national and international levels, on governing principles that promote responsible scientific and technological advancements. Regulatory frameworks must recognize the international nature of modern germline genome engineering research, the need for shared governance rather than tech-locked prohibitions, and the fact that humans are not their germline.”

Additionally, in an op-ed published in Nature Communications, one of the world’s most prestigious scientific publications, Boggio questioned the compatibility of the proposed international moratorium on clinical uses of human germline editing with the international human rights framework. He argued that the proposed moratorium is of “doubtful utility in promoting general welfare, given the potential of clinical research to prevent genetically transmitted disease.” More promising and better aligned with the international human rights framework, he wrote, would be “basing policy on transparency and accountability.”

Examining how and why land temperatures changed

Collaborating with an international team of researchers from the Chinese Academy of Sciences and the University of Hong Kong, Yang, who is recognized as a U.S.-China Public Intellectual Fellow by the National Committee on U.S.-China Relations, and Leng, a recipient of China’s Outstanding Scientist Award of Jiangsu Province, reported the discovery of an 800,000 year land surface temperature record, the longest ever uncovered. Their findings were the result of reconstructing soil bacterial and archaeal cell membrane lipids preserved in well-dated sedimentary sequences at the center of the Chinese Loess Plateau.

Their discovery, also published in Nature Communications, has implications for mitigating future ecological impacts including warming trends. In finding a new early and prolonged warming pattern, the research conducted by Yang, and Leng, revealed that surface vegetation may have played a previously unrecognized important role in regulating land surface temperatures.Therefore it could be a critical resource in mitigating future land temperature changes.

The research collaboration that produced the land surface temperature record findings started nearly two decades ago when Professor Yang took a group of Bryant students in his Environment Study in China course to visit the Chinese Loess Plateau. This report is a part of the ongoing research into climate change conducted at Bryant’s Laboratory for Terrestrial Environments where Bryant faculty, students, alumni, and international visitors collaborate on research supported by the National Science Foundation. 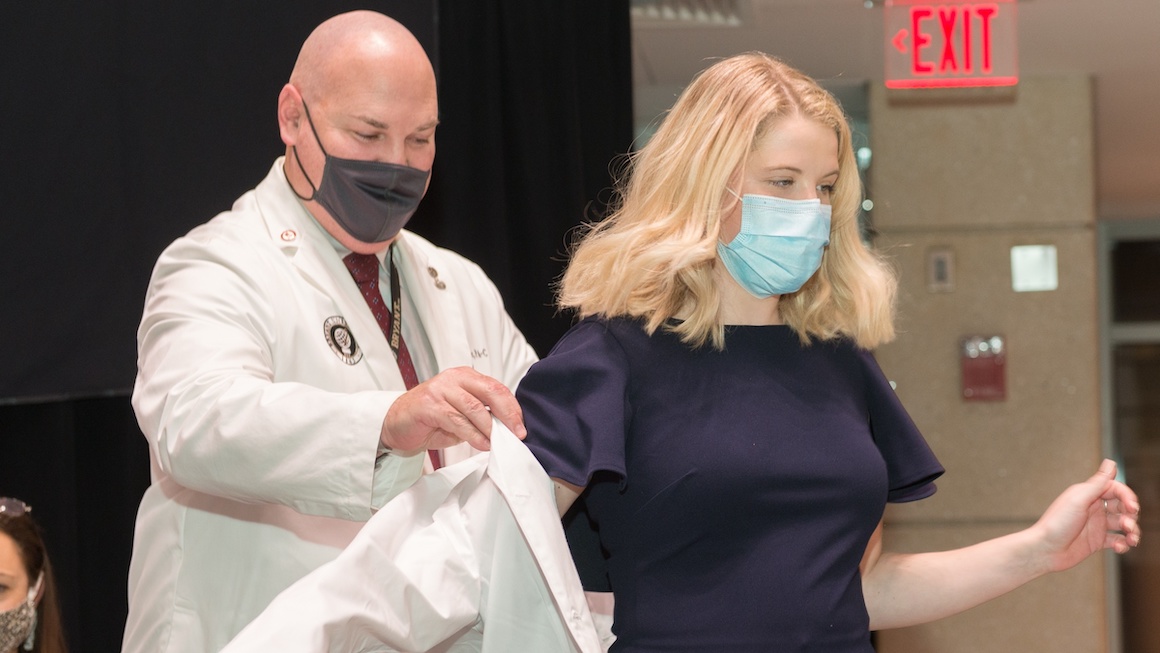 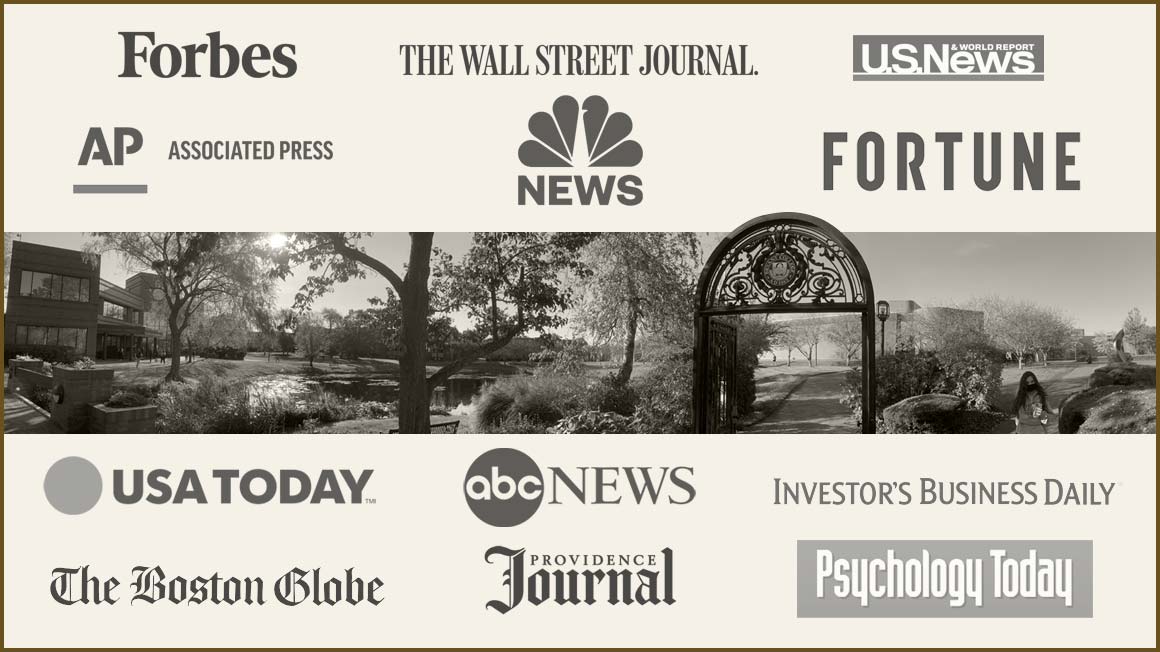 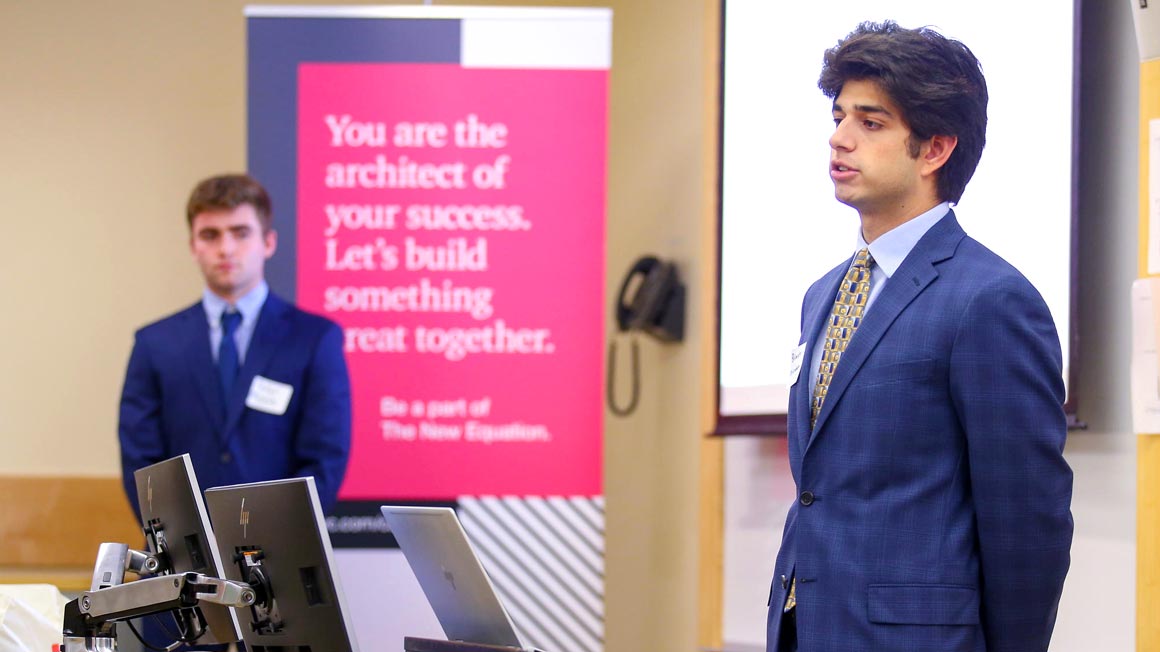 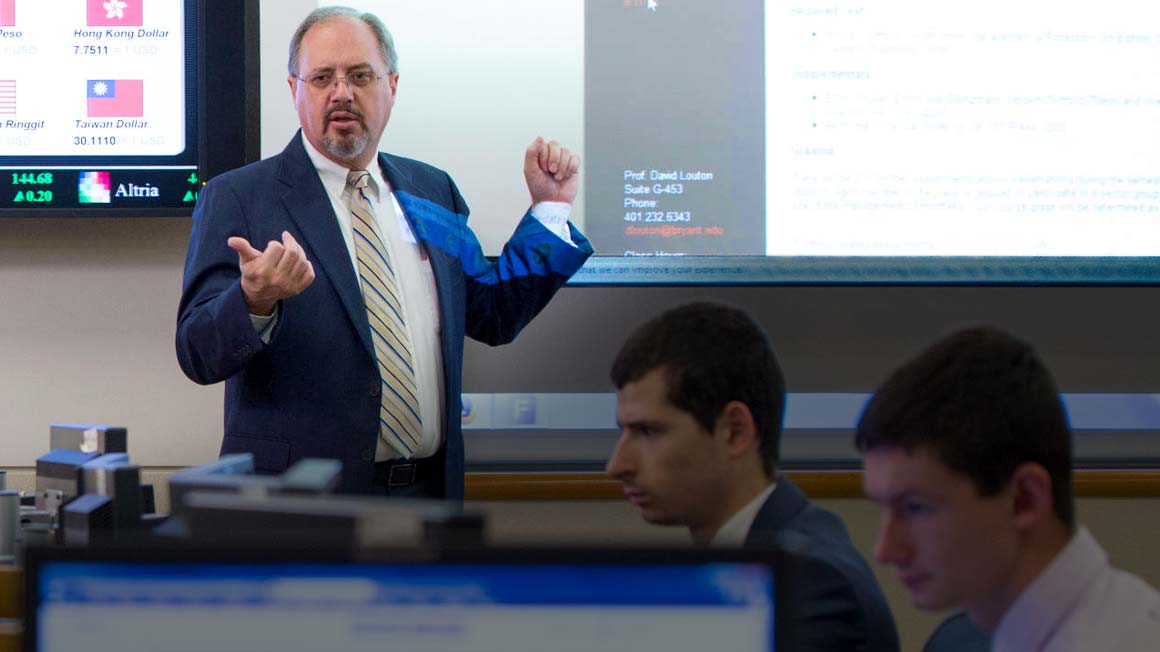 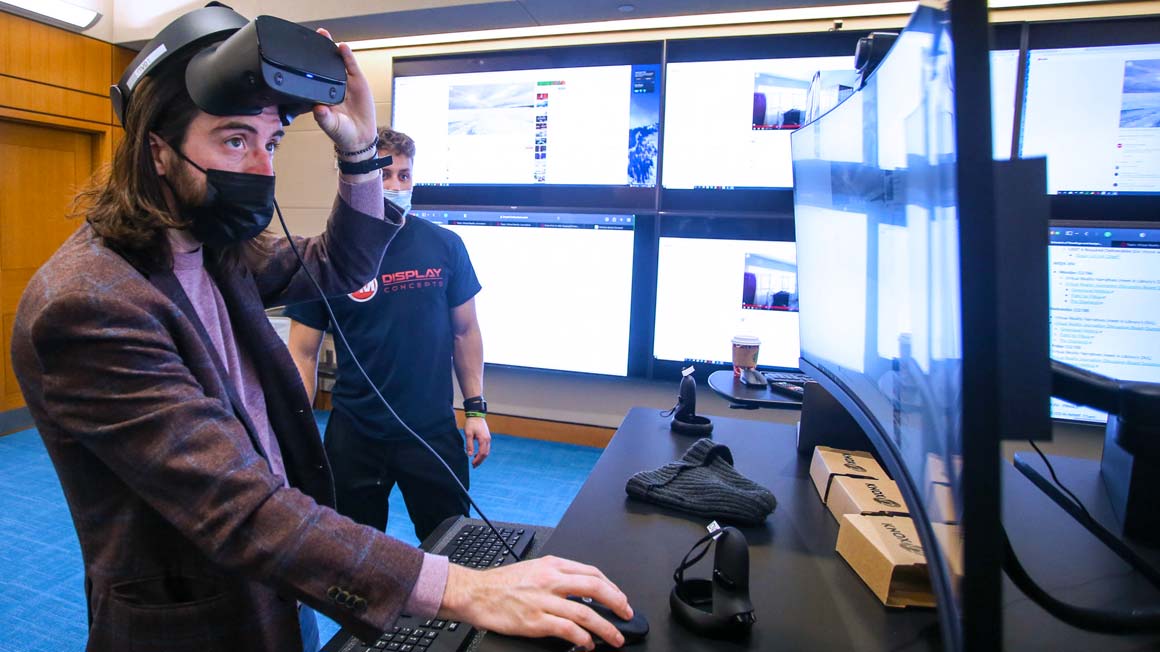 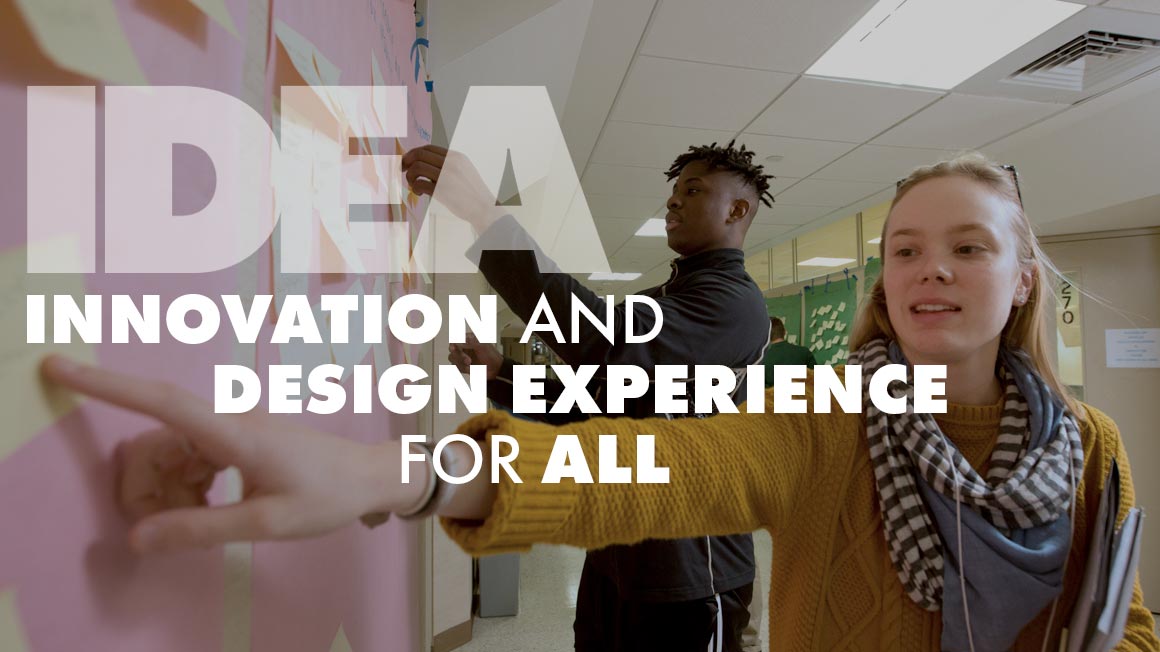