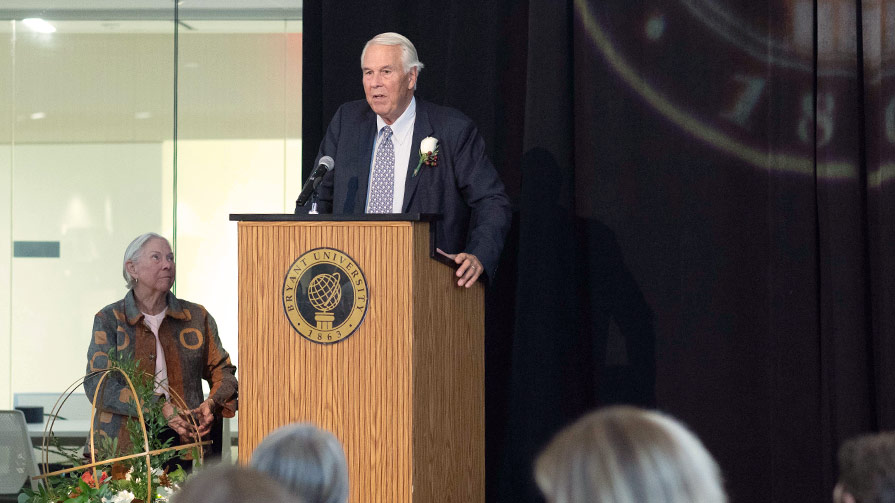 On Friday, October 14, the Bryant University community celebrated seven individuals and one friend of the University with its annual Champions for Philanthropy awards. Honorees are selected based on their support of Bryant through philanthropic giving, for their loyalty in the University’s Consecutive Giving Society and as members of Bryant’s 1863 Society which includes individuals who have included Bryant in their estate plans.

“The individuals and foundation honored as 2022 Champions for Philanthropy are among our most loyal supporters of the University and its most generous,” said Vice President for University Advancement David Wegrzyn ’86, P’23. “This annual event allows us the opportunity to publicly recognize their commitment to Bryant and share their stories about why they have made Bryant a priority in their philanthropic giving.”

During the evening’s program, President Ross Gittell Ph.D. shared comments on the Vision 2030 strategic plan which sets a trajectory for the next decade through academic excellence, outstanding student life, competitive athletics, and student outcomes among the nation’s top 1% for ROI.

Visitors to campus might recognize the names Michael E. ’67 and Karen L. Fisher from the front of the student center building, or from a plaque in the lobby of the Chace Athletic and Wellness Center. Their contributions to Bryant helped create and improve these facilities. More than financial donations, Mike and Karen bring to the University a generosity of spirit and genuine warmth and affection for his alma mater.

“I first connected back to Bryant in 1978, after my company moved me and my family from Newport Beach, California, to the East Coast to set up an office in Armonk, New York,” says Mike. “I had been wanting to reconnect with Bryant and I took great interest in the University’s continued advancements.”

Mike didn’t have the financial resources as a student to be able to attend his four years straight through – he took some semesters off to work full time to pay the tuition. “I was able to receive some financial aid, and for that I was grateful. Knowing firsthand the difficulty is what prompted Karen and me to set up scholarship funds for students – it’s important for us to make a Bryant education available to young people.”

He served as chair of Bryant’s Board of Trustees, as a co-chair of the second capital campaign, Expanding the World of Opportunity: The Campaign for Bryant’s Bold Future, and helped establish and initially advise the Archway Investment Fund. Formerly a member of Bryant’s first basketball team, Mike and Karen were familiar sights on campus at football and basketball games as well as other events.

“I’m surprised to hear that there are alumni who have never been back,” says Mike. "To see firsthand how Bryant is doing, what it is doing academics and athletics wise. I just think it is a great story particularly given the University has done so much with relatively little compared to other schools and their endowments. I take immense pride in meeting students and young graduates and seeing how they are performing. We are honored to contribute to their ongoing success."

H. Kent Goetjen ’77, CPA, is first-generation American, and the first in his family to go to college. “I had no real benchmarks to gauge how well I was being prepared at Bryant for my career until after I graduated,” he says. Once in the workforce, however, his superior education became abundantly clear.

“I wanted to receive my CPA designation, but I had no money for a review and preparation course,” he says. “Armed with only my notes from Bryant classes, I was able to pass within two years of graduating.”

More than the recipient of a stellar education, Kent became part of a close-knit community. “When I arrived, I knew no one and as a graduate, I left with lifelong friends,” he says.

Now retired, Kent spent a portion of his career at PwC recruiting recent graduates from around the world to work at the firm, including those from Bryant. “I watched Bryant grow through its students,” he says. “The school’s balance of liberal arts and business ensures a more well-rounded graduate who can contribute to an organization immediately.”

Kent has been donating annually to Bryant since graduating almost 50 years ago. He’s been an advisor to students and the accounting department, and he and his wife, Penny, parents of alumnus Kurt ’11, ’12 MBA, are happy to be members of the Bryant Leadership Council of Donors.

“After passing the CPA exam utilizing my class notes, I was motivated to make Bryant a priority in my charitable giving. There was never a question Penny and I would continue to include the University in my philanthropic gifts as my career progressed,” he says.

Kent is impressed with the school’s continued collaboration with businesses and organizations. “Bryant is aware of what they need to provide in their education and consistently has partnered with the outside business community throughout its history to develop a curriculum that fulfills value for all parties. I see that value and I’m honored to play a part in its further achievements.”

Daniel B. Santos ’52 is leaving an extraordinary legacy at his alma mater. His annual donations to Bryant span five decades, and this unbroken record of consecutive giving for close to 50 years is truly inspirational. But to Dan, it’s common sense, good business, and loyalty. “My support enables Bryant to advance its mission and reputation,” he says. “Bryant gave me so much; I want to see it succeed on a national level.”

Dan has been watching Bryant University’s rise in a variety of rankings for 70 years. He attended Bryant on the East Side of Providence during one of the University’s adaptative learning programs, and it allowed him to complete his degree quickly.

“During the Korean War, Bryant offered an accelerated degree program, and I took full advantage,” he says. “We were in school eight hours a day, year-round.”

Dan still managed to work part time at Shepard’s Department Store on Westminster Street and join the Beta Iota Beta fraternity. “Bryant taught me a lot about self-discipline and self-motivation,” he says. “It’s how I managed to move from the office side of the insurance business to the agent side.”

After graduating, Dan enlisted, and it was during military service in Kentucky that he met his wife, Juanita. “I never left after that,” he says. “I began working for New York Life and stayed in Louisville and started a family.”

New York Life matched his donations every year, doubling the impact of his gift. In addition to Dan and Juanita’s annual Bryant Leadership Council gift, Dan has named Bryant in his will. “I still go into the office every day, even if only for a few hours,” he says. “It keeps me sharp.” And he keeps an eye out for the annual rankings list to see where his alma mater lands. “When I see Bryant move up in quality of education and return on investment lists, I feel a sense of pride, a desire to want to take part in this success,” he says.

Charles “Chuck” L. Caranci, Jr., ’88 has been giving back to his community and organizations he feels passionate about as far back as he can remember.

“The roots of my philanthropic philosophy were planted in my childhood,” he says. “My parents always instilled in me the importance of sharing my time, treasure, or talent whenever possible.”

Chuck has always focused on leading by example and helping and coaching where he can. “I want to see all people succeed, and I am fortunate enough to be able to help at this point in my life. And, certainly, there’s an element of my desire to ‘pay it forward,’ as I have been the beneficiary of financial support, mentoring, and wisdom and understand how valuable all of that can be throughout life,” he continues.

Upon graduation, he started out in one of the “Big Eight” accounting firms and earned his CPA, then transitioned to the construction and real estate development sectors in top executive capacities before deciding to spread his wings further and be his own boss.

Now Chief Executive Officer/Owner of TE Ventures (Tommy’s Express Car Wash franchisee), Chuck currently owns and operates 11 franchises and has more than 30 other sites in development or construction slated for opening in the next 18 months. “I want our employees driving to work with a smile on their faces. That’s what keeps me going.”

In addition to this endowment, Chuck has named Bryant’s College of Business in his will. “It’s comforting to know I will continue to make a difference at the University after I’m gone.”

When Fred M. Roddy launched his firm shortly after World War II, he wanted it to be part of the community in every sense. Cumberland Engineering, located near the Attleboro/Pawtucket line, employed more than 500 people from the area who he considered to be family.

Upon his death, Roddy left much of his fortune to finance a charitable foundation that was formed after his company was sold. His vision for the foundation was "to support organizations carrying on research, educational or operational efforts for the cure or alleviation of afflictions of body or mind, or for general educational or charitable purposes." Roddy’s close friend and attorney, John W. McIntyre, ran the Fred M. Roddy Foundation until his own death in 2006.

“The Fred M. Roddy Foundation has been making grants for almost 50 years,” says Elizabeth McIntyre, the Foundation’s current director and John’s daughter. “My father, my brother who ran the Foundation before me, and I were aware of Bryant University’s reputation. Recent initiatives – the establishment of the Physician Assistant Program and the School of Health and Behavioral Sciences, for instance – are directly in line with our mission, and we are pleased to support them.”

Applications for grants from the Roddy Foundation are by invitation only. “Because we are a small foundation that operates only through investment of the initial bequest, choosing projects where we can have a real impact and then receiving feedback on that impact is crucial to us,” says McIntyre. “We’re delighted to be able to help translate the work being done at Bryant University into real results. I came away very impressed after my most recent in-person visit.”

In support of Bryant, the Fred M. Roddy Foundation established an endowed scholarship to benefit students with financial need from the City of Attleboro; provided a grant to support the construction and equipment needs of the Physician Assistant Training Center; and, most recently, funded the laboratory equipment needs for the Center for Health and Behavioral Science. 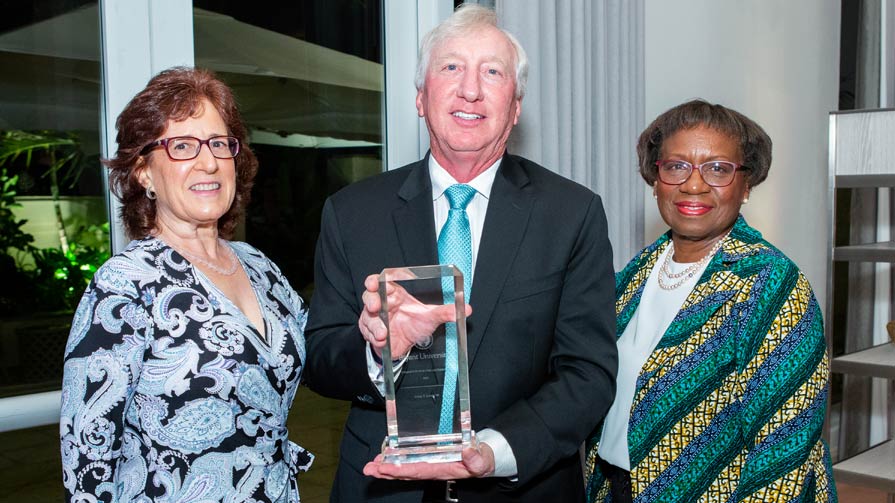 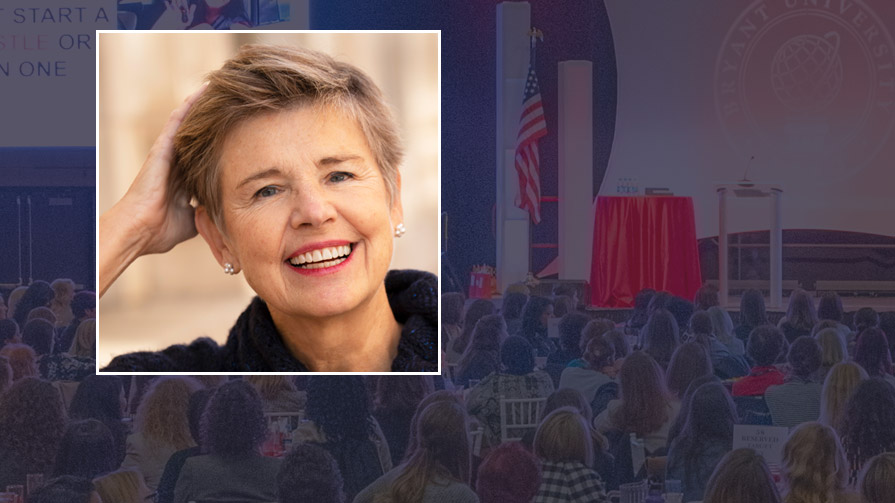 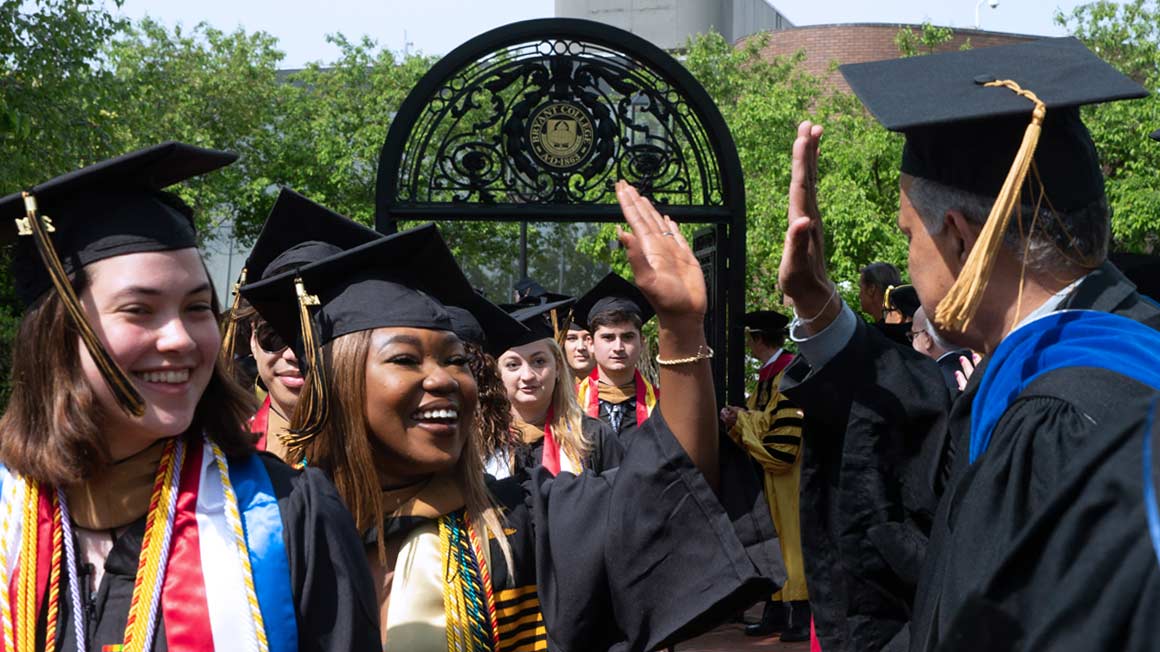 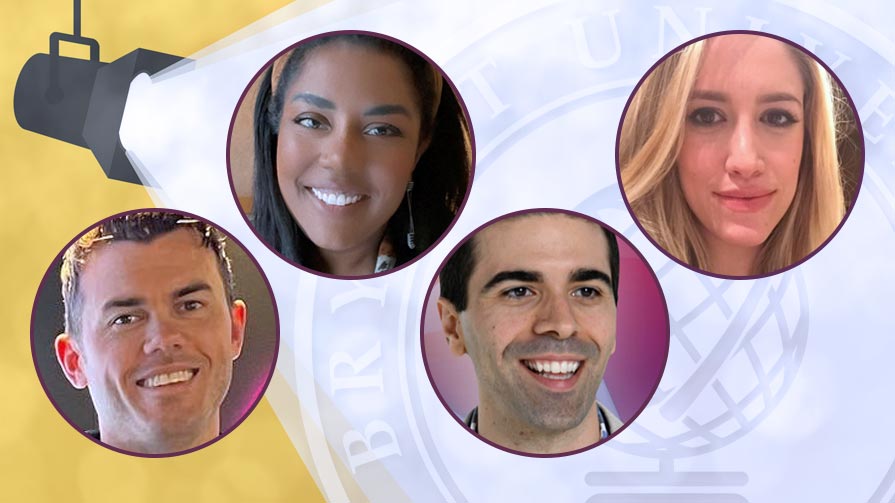 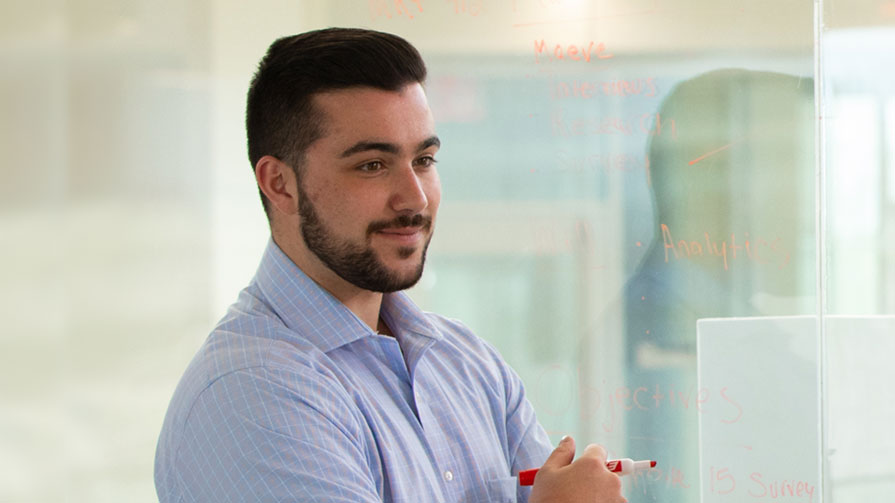 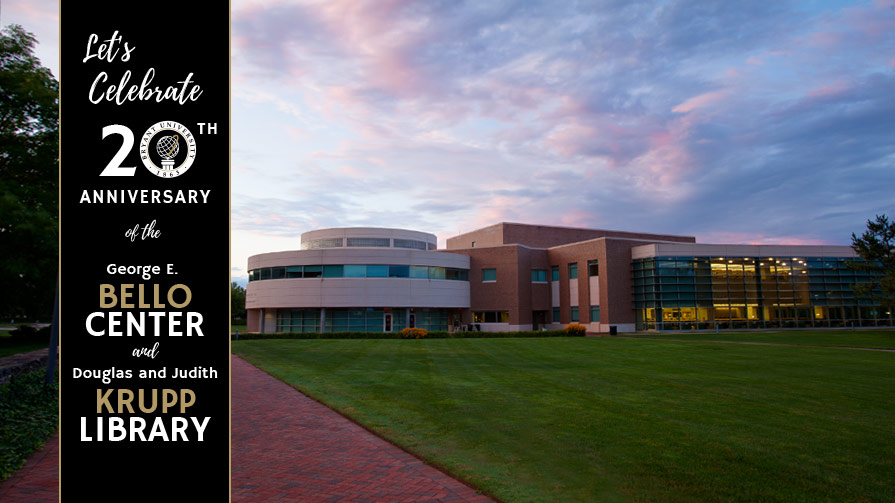