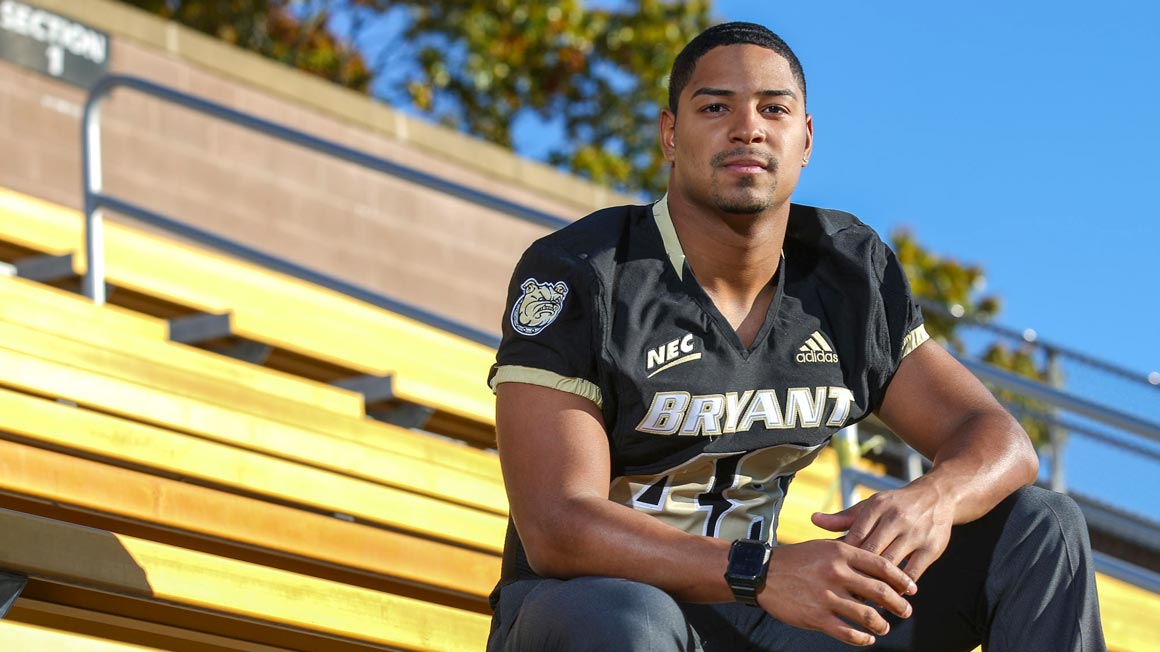 “I think one of the reasons why people come to Bryant is that it’s a big enough school where you don’t just see the same 50 people every day, but it's not such a gigantic school that you don’t get to know the people you do meet really well,” says Brandan Coward '24. He's committed to helping everyone he meets reach their full potential.
Belonging at Bryant: Meet Brandan Coward ’24
Dec 16, 2021, by Staff Writer
Learn About Bryant Apply to Bryant

A linebacker for Bryant’s Division I football team, Brandan Coward lives by the same philosophy during games, in the classroom and in his personal life.  “You need to put everything on the field that represents who you are as a person,” says Brandan, who come to Bryant from Carle Place, NY. “I always want to put my best foot forward whether it’s on the field or anywhere else. That's who I strive to be.” His time at Bryant is helping him bring out the best in himself–and others.

Brandan is someone his teammates and classmates turn to for support. That makes his Management: Leadership and Innovation major, which focuses on giving students the skills to reach their full potential and inspire others, a perfect fit. Inspired by his mother, a nurse manager, he decided to minor in Biotechnology, a field he notes is becoming increasingly important in all of our lives. By combining the two areas of study, he hopes to build a career helping healthcare workers perform at the highest level and provide the best care.

Being a leader, says Brandan, means being able to grow from your experiences, something that’s been an important part of his Bryant education. “One of the things my faculty and coaches stress is not just getting good grades, but being able to look beyond that,” he states. “You need to be able to take what you learn in class and apply it to the real world.”

“I think one of the reasons why people come to Bryant is that it’s a big enough school where you don’t just see the same 50 people every day, but it's not such a gigantic school that you don’t get to know the people you do meet really well.

He points to his Global Foundations of Business class with Senior Lecturer of Management Mark Vozella as an example. Through the course, Brandan worked with a team to use business principles to address an international problem. “It was really empowering because we're only 18 or 19 years old, and we're writing an entire business plan to develop ideas that could actually one day help people,” he says.

Brandan’s teammates and coaches are a close-knit group who are always there for each other, he says. But he’s also relished the chance to meet new people. “I think one of the reasons why people come to Bryant is that it’s a big enough school where you don’t just see the same 50 people every day, but it's not such a gigantic school that you don’t get to know the people you do meet really well,” he says.

His biggest piece of advice for his fellow students is to reach out to others. Not only will you build your friend network, he says, but you might discover an opportunity to help someone in need. “I think the biggest thing new students need to remember is that we’re all in the same boat,” he says. “Being able to just be open with somebody or talk to someone and say, ‘Hey, how's your day going?’ makes a difference for you both.” 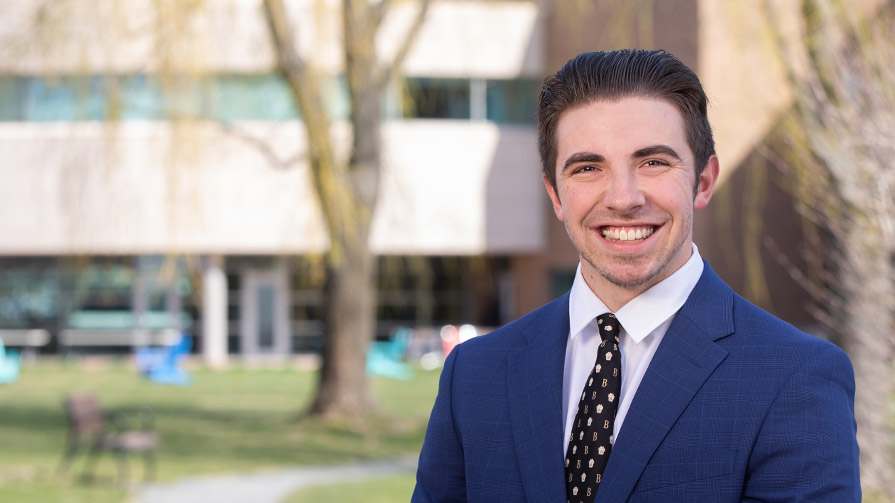 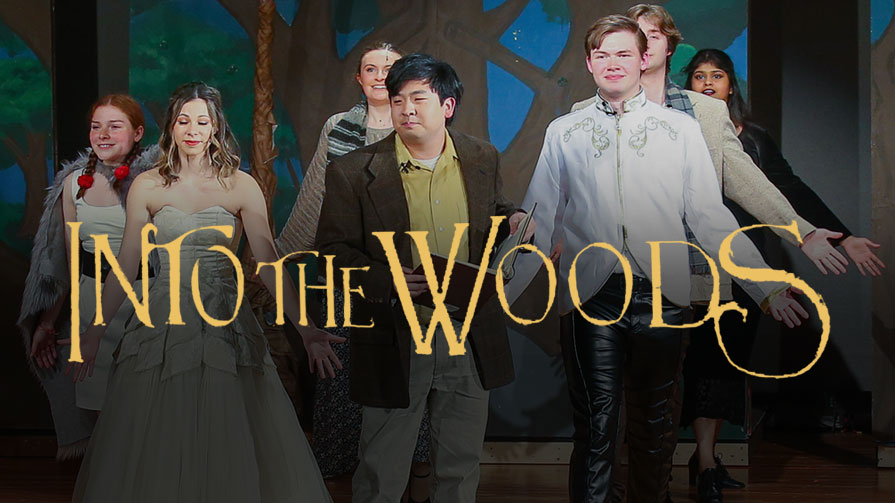 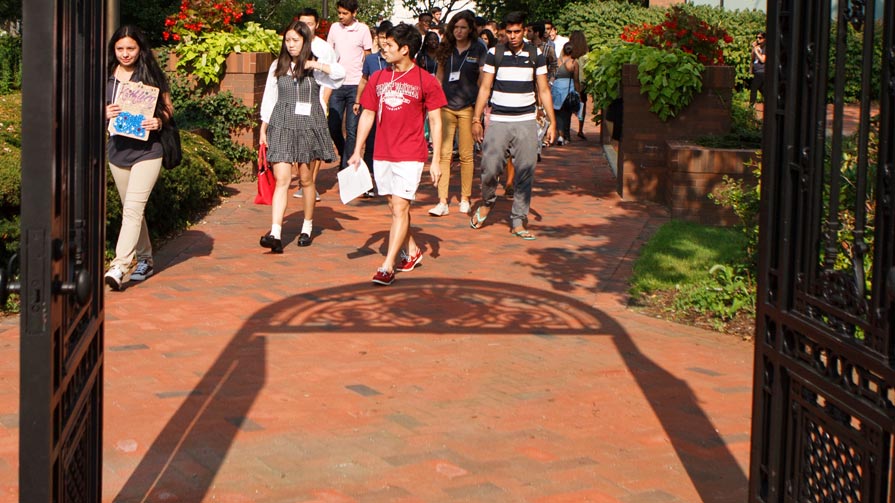 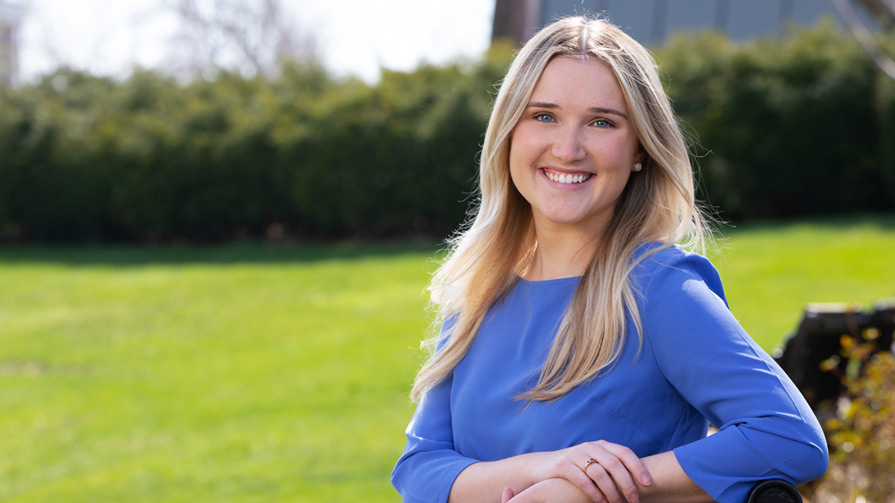 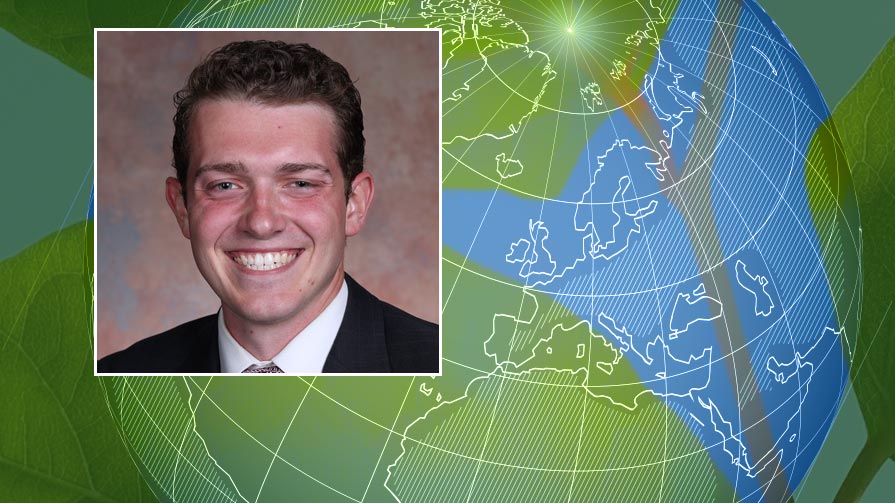 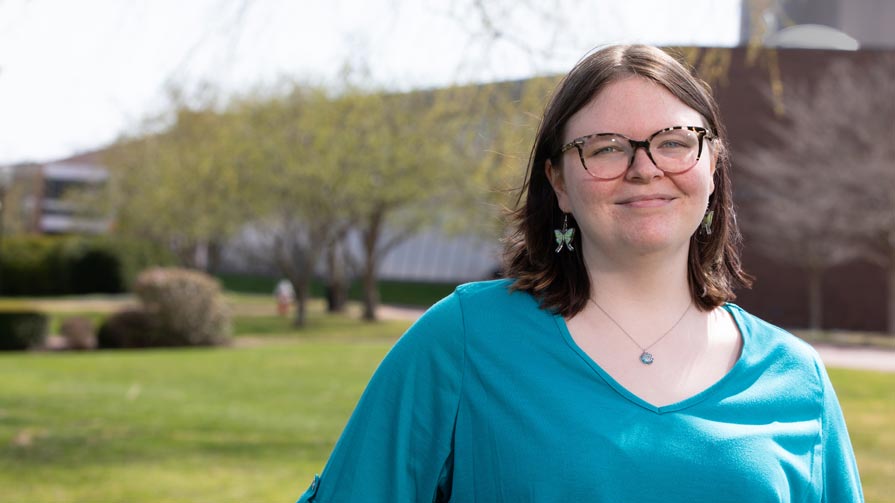