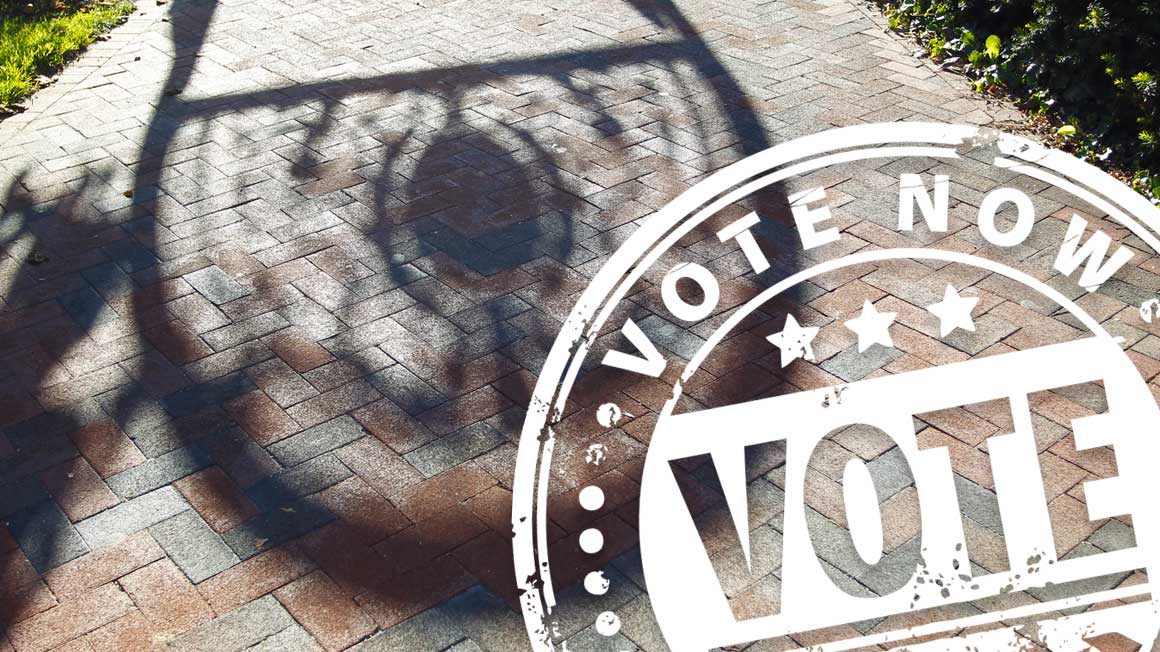 Bryant Votes, a coalition of faculty, staff, and students, is working to ensure that Bryant University’s students are prepared to make their voices heard in the voting booth.
Bryant Votes prepares tomorrow's leaders to make a difference now
Oct 30, 2020, by Staff Writer
Learn About Bryant Apply to Bryant

Democracy relies on informed citizens who take an active role in understanding the issues, choosing their representatives, and deciding their future. In a presidential election year, it’s more important than ever. Bryant Votes, a coalition of faculty, staff, and students, is working to ensure that Bryant University’s students are prepared to be part of the national conversation and make their ballots count.

“Civic engagement is important for everyone, no matter their country, state, city, or campus,” notes Lecturer of Legal Studies, Pre-Law Advisor, and Bryant Votes organizer Ilisabeth Bornstein, J.D./M.P.P. “It’s part of what it means to be a member of a community. You have to understand the rules that govern your community,  who makes decisions, and how those decisions are made.”

For Amanda Whitham ’21, a member of Bryant’s Senior Advisory Council, Bryant Votes plays a crucial role for students. “Voting is how our generation can voice our needs, so we need to make sure that voice is heard,” she says. “Bryant Votes is a great way for us to come together and bring awareness to what we can all do to be actively engaged citizens.”

In addition to traditional voter registration events, the Bryant Votes initiative includes online forums and trivia contests devoted to voting issues. A robust social media campaign shared a glossary of terms to demystify the voting process, details on ballot issues and candidates, and practical information on how to vote in a variety of states. Posters around campus included QR codes that students can scan with their smart phones to take them to additional resources.

“We’re a strong community here at Bryant, we can talk about important issues with one another."

Students want to get involved, notes Jared Gardner ’22, President of Bryant’s Law Society. But the information barrier for entry into the process can be high – especially now with a global pandemic complicating so many aspects of our lives. The objective of Bryant Votes, he says, is to make things a little bit easier. “There’s a belief that voting is a very complicated process and it's really not. We're just trying to make it as convenient as possible for students,” he says.

The initiative, says Gardner, isn't out persuade anyone, just to discuss and inform. “We’re a strong community here at Bryant, we can talk about important issues with one another,” he says. “We're not trying to advocate one party or another, or sway anyone’s vote. We just want to provide information and assistance.”

“It’s been really rewarding to see people engage with Bryant Votes, even if they just have a single question,” says Jordan Dagrin ’21, Co-chair of the Student Athlete Advisory Committee. He notes that, for many students, this is the first time they can fully take part in a national election and simply sparking engagement is invaluable. “If we don't get involved, nothing will change,” he points out.

“Bryant has established an environment that really supports teamwork, whether it's through class, through clubs, or through other cocurriculars. We’re a very collaborative university, which helps us work together on creating important initiatives for students."

A far-reaching, campus-wide collaboration, Bryant Votes’ campus partners include a wide range of groups, from the Social Sciences department to the Law Society to the University’s Woke Athletes student organization. “One of the things I’ve enjoyed the most about working with Bryant Votes is the number of people involved,” says Bornstein. “It’s been really exciting to see people from all different areas who share an interest in supporting civic education and voter literacy.”

The campaign is just one part of a broader initiative at the University to support civic education, Bornstein notes, including the Talking about Politics lecture series, which included presentations on key issues like guarding against voter misinformation and the recent protests that have occurred across the country, and other similar efforts to promote engagement. “Our goal was to have everyone amplifying and supporting each other's efforts,” says Bornstein. “We wanted it to be a clearing house where people could come in and say ‘Hey, my group wants to do this, let’s make sure everyone on campus knows about it.’”

“Bryant has established an environment that really supports teamwork, whether it's through class, through clubs, or through other extracurriculars,” states Gardner. “We’re a very collaborative university, which helps us work together on creating important initiatives for students.

“Getting involved early in the political process has huge long-term benefits for students. It doesn’t just help you make the changes you want to see in the world, it helps you understand the world a little better.”

Voter education has also become a part of the coursework in a number of classes this semester. Students in Bornstein’s Global Foundations of Character and Leadership course, for instance, researched, wrote, and posted articles on Pike Politics, the online informational platform developed by Associate Professor of History and Social Sciences Richard Holtzman’s Politics and Law Seminar.

Creating informed citizens has always been a crucial part of Bryant’s mission, suggests Bornstein, no matter a student’s major. “Civic education is important for everyone and it's certainly a value Bryant wants to ensure its students possess when they leave college and go out to be global leaders,” she says.

Whitham sees initiatives like Bryant Votes as a vital part of students’ developmental process. “Getting involved early in the political process has huge long-term benefits for students,” she says. “It doesn’t just help you make the changes you want to see in the world, it helps you understand that world a little better.” 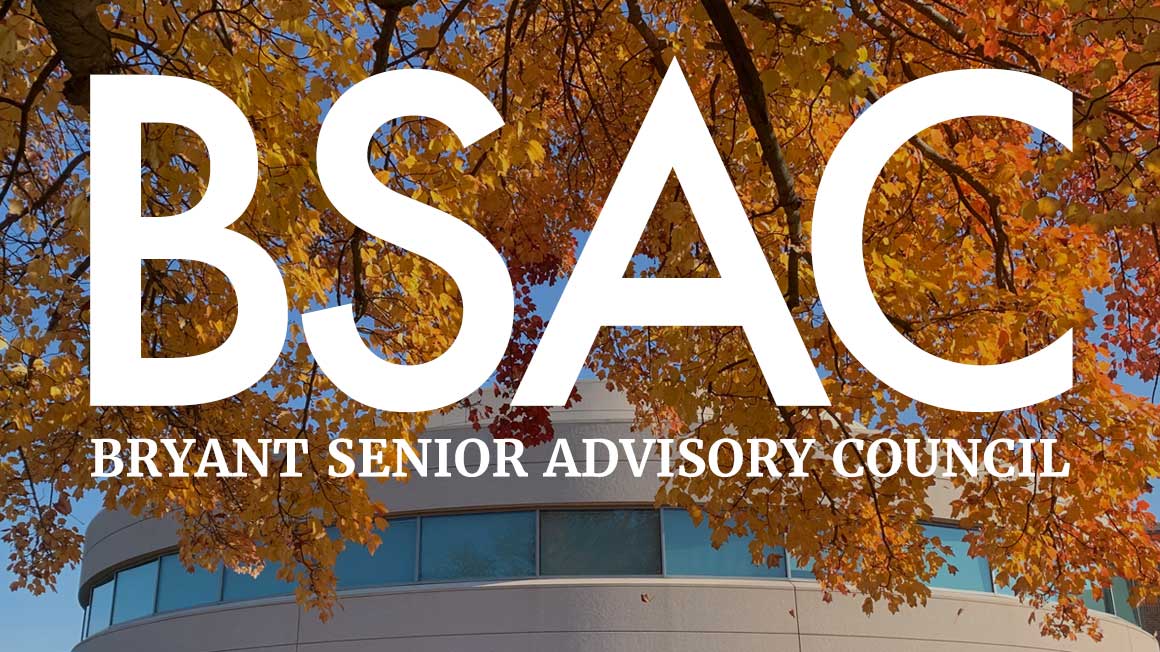 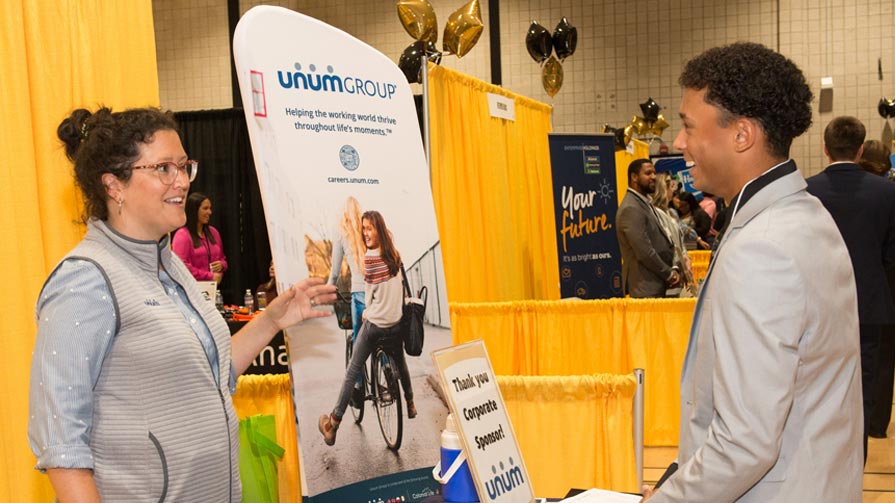 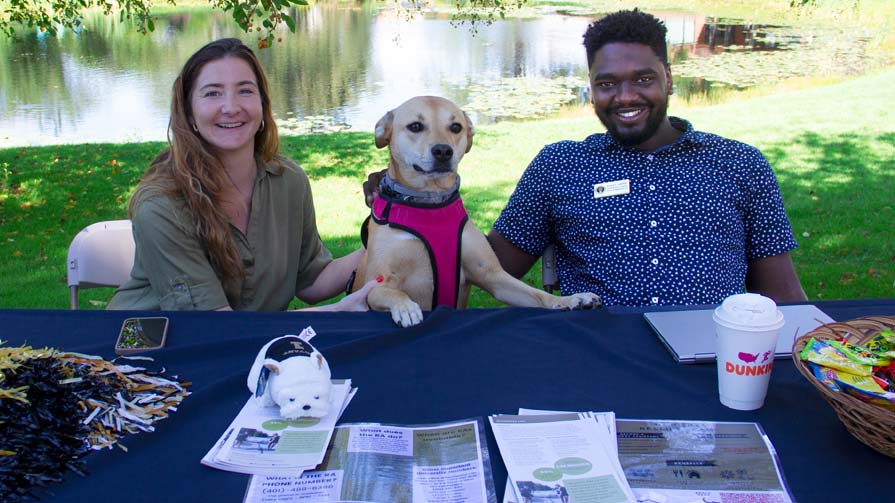 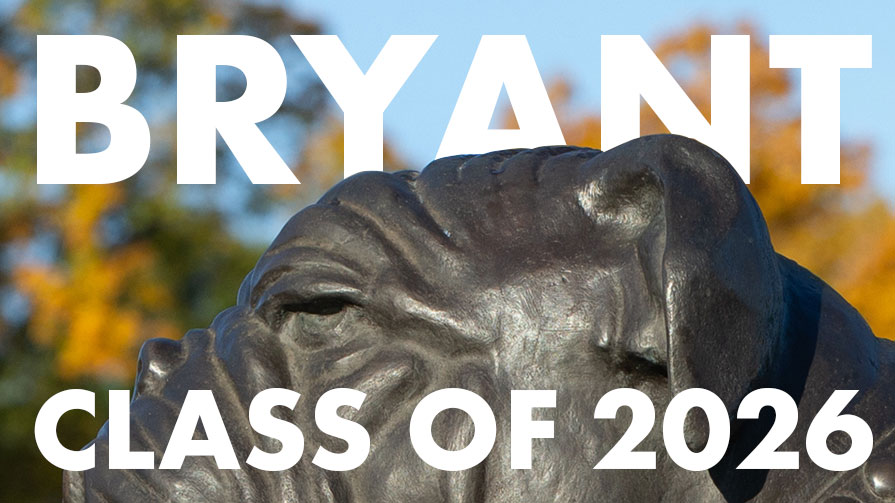 Bryant welcomes the Class of 2026
Beginning a journey to professional success and personal fulfillment. 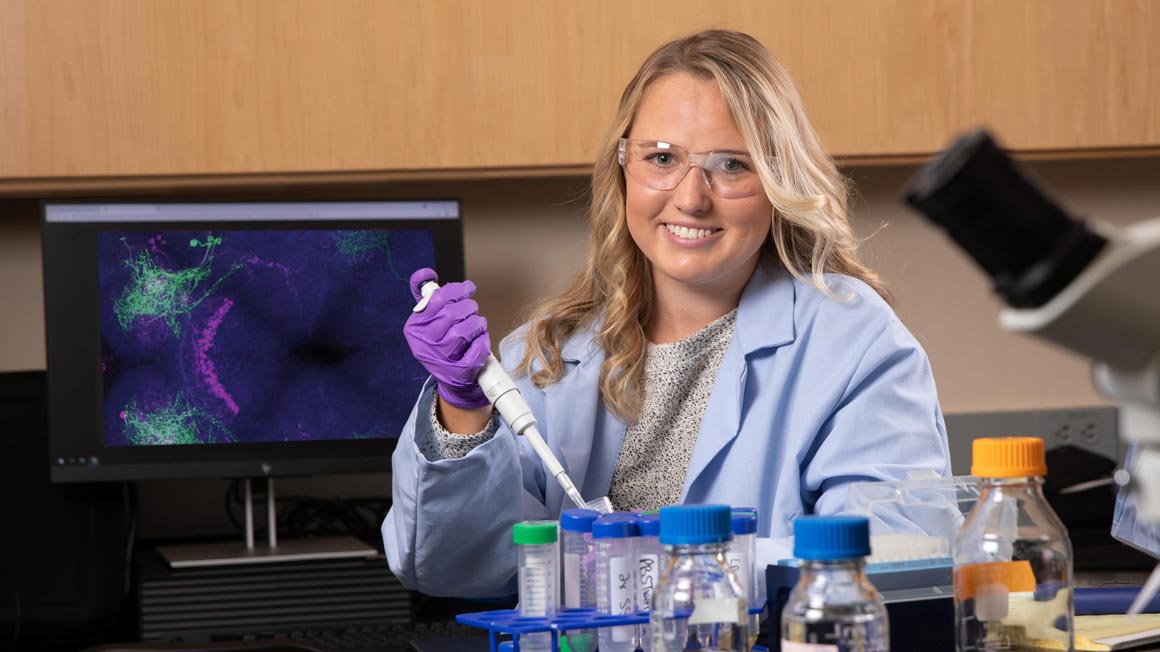 Belonging at Bryant: Meet Logan O’Donnell ’22
Finding the knowledge, experience, and support to help others 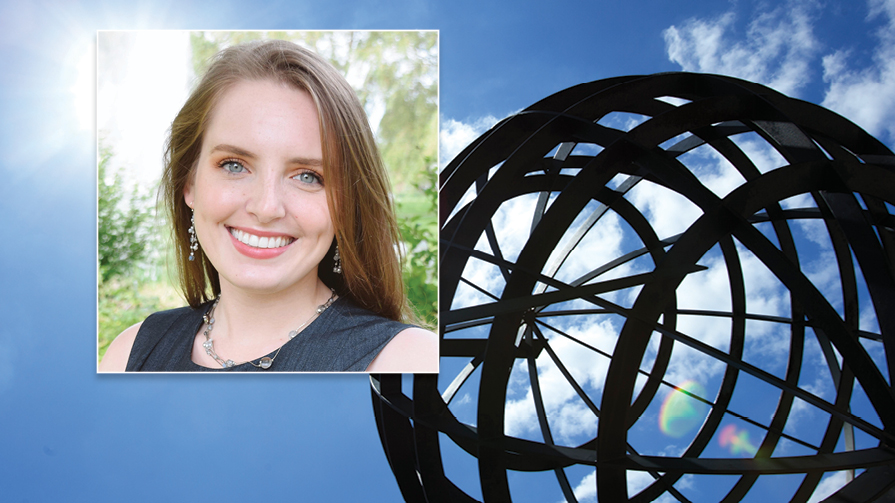