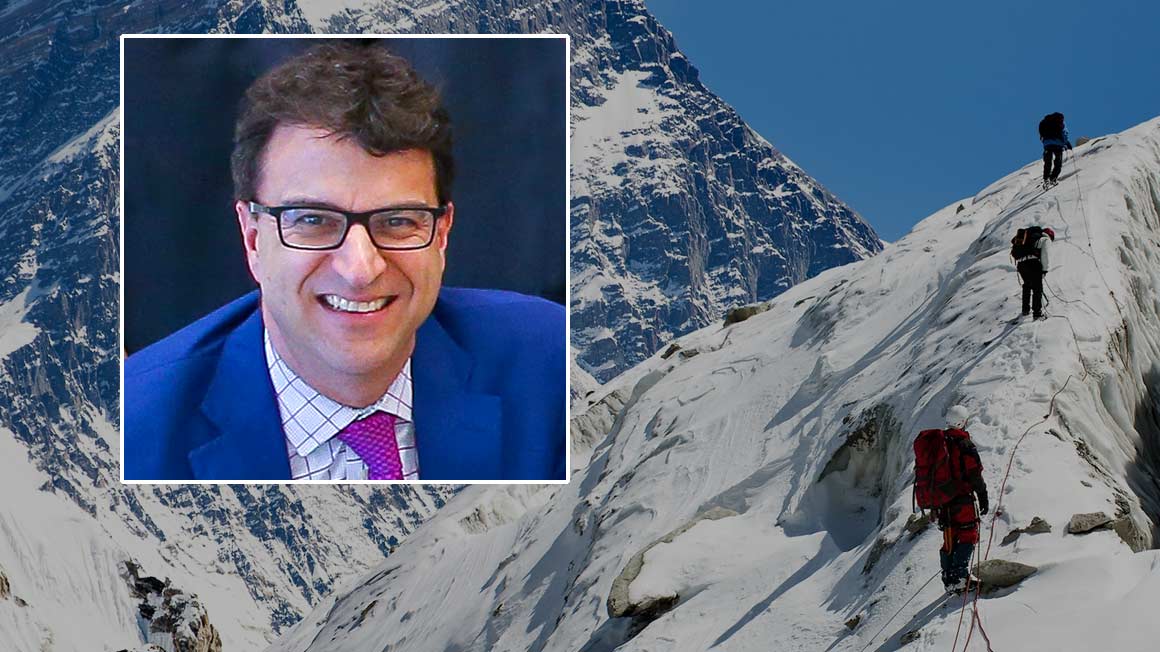 "Incredible achievement and great tragedy unfolded on the treacherous slopes of Mount Everest in the spring of 1996," begins Trustee Professor of Management Michael Roberto’s landmark 2003 case study Mount Everest–1996. Recently named a “Classic Case” by The Case Centre, a nonprofit dedicated to furthering business education and the case study method, it documents the harrowing story of an ill-fated attempt to summit one of the world’s tallest mountains led by some of the world’s top climbers.

Mount Everest–1996 also exemplifies Roberto’s commitment to using immersive, real-world examples to educate the next generation of leaders. A good case study serves a springboard for discussion and introspection as well as an informational resource, he explains. “The case method is about putting a student in the shoes of a decision maker. It’s not about the professor coming in and preaching and teaching a bunch of theory through a lecture, but instead giving the students a messy, real world situation.”

The story of Everest
Roberto speaks from experience. When The Case Centre compiled a 2017 list of the 40 best-selling case study authors in the world, he ranked #25. His award-winning case studies range from an examination of the rise of Planet Fitness to a multimedia analysis of the 2003 Columbia space shuttle accident.

“Everest always captures the imagination. If you want students to learn, you've got to motivate them and one way you do that is to use really compelling settings.”

Mount Everest–1996 is the case study for which Roberto is perhaps best known. It explores a March 1996 tragedy in which five mountaineers from two widely-respected teams, including the teams’ two leaders, Rob Hall and Scott Fischer, perished while attempting to summit Mount Everest during an especially deadly season. Roberto’s examination of the disaster has been used in graduate and undergraduate courses around the world and he has been invited to personally teach the case at institutions ranging from Fortune 500 companies to West Point and the Naval War College to the Federal Bureau of Investigation.

Fascinated by Into Thin Air, an account written by expedition survivor Jon Krakauer, Roberto realized the story could be used to teach students about high-stakes decision-making. He exhaustively researched and worked on the case for more than a year, including learning about mountaineering and studying accounts from the surviving climbers.

Total immersion
The resulting case study recounts the events and decisions that led to the disaster, from issues involving logistics and inter-personal conflicts to larger questions of leadership under stress conditions. It’s a perfect starting point for students to explore a range of key topics including team dynamics, evaluating risk, and knowing when to cut losses.

The subject matter, Roberto notes, draws students in and gets them thinking. “Everest always captures the imagination,” he says. “If you want students to learn, you've got to motivate them and one way you do that is to use really compelling settings.”

But even though the story is extraordinary, the lessons it offers are universal, Roberto asserts. “I think one of the reasons the case study has been so compelling is because, while we haven't all been in a life-or-death situation like that, we've all been in teams that broke down in similar ways or we’ve been in situations where we've thrown good money after bad – whether it's a home improvement project or a used car or a business project,” he states. “I think the case touches on some essentials of human nature and group behavior that are very fundamental.”

Learning from failure
Part of the success of Mount Everest–1996 can be attributed to its approach. In developing the case study as a member of the Harvard Business Faculty, Roberto decided to take a different tack than the others he was seeing. “When I looked around, it seemed that 99% of the case studies that students were studying were success stories,” Roberto remembers. “I wanted to write about a failure.”

In studying failure, students aren’t presented with a clear-cut path to follow or a list of instructions to memorize and replicate. Instead, they are required to do their own analysis and consider what they might do in a similar situation. “If there's a clear right answer, that's a bad case,” Roberto explains. “A great case has to have some element or points to debate, some level of tension, and some level of uncertainty.”

“I have students I had 20 years ago who still remember this case.”

That sort of ambiguity lies at the heart of Mount Everest–1996. “So much of what is written about Everest expeditions and those kinds of things is about the heroic person who gets to the top,” says Roberto. “This is about being able to look and say, ‘Yes, these qualities are needed to do great, ambitious, remarkable things, but, in a way, some of those same qualities can also get you in trouble.”

A lasting impact
The Everest tragedy’s inherent humanity is one of the qualities that has made it so resonant for students, Roberto believes. “I don't look at Hall and Fischer and say, ‘Oh they're terrible leaders.’ I look at the case and say, ‘But for the grace of God, go I,’” he states. “The mistakes they made were very human. I don't teach it as they're bad people or bad leaders so much as they made some bad choices for some of the same reasons we all make bad choices.”

For nearly two decades, students studying Mount Everest–1996 have learned from those choices and take away lessons they’ve used to go out into the world and lead their own teams. The time they spend with the case study, Roberto says, tends to stick with them. “They never forget it,” he says. “I have students I had 20 years ago who still remember this case.” 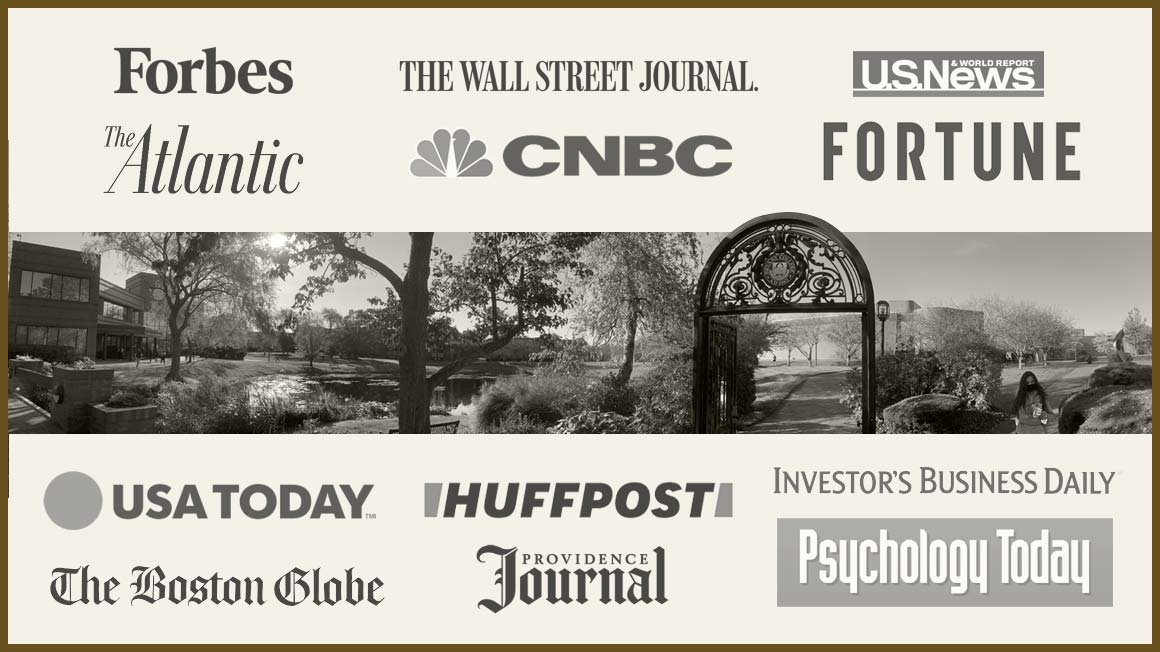 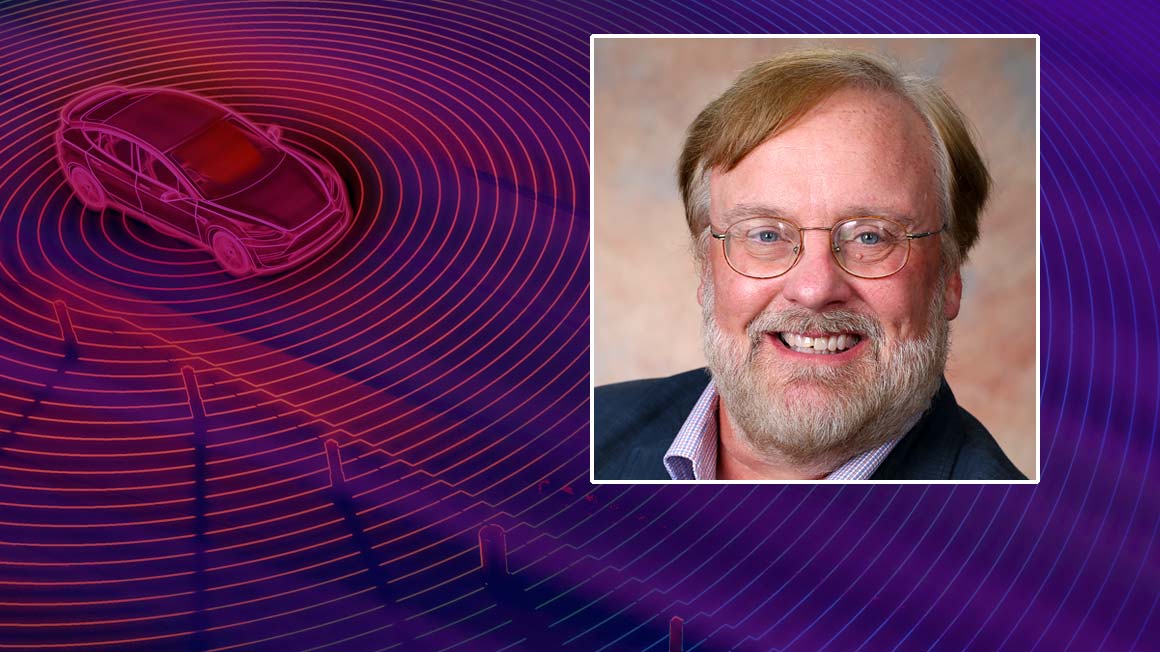 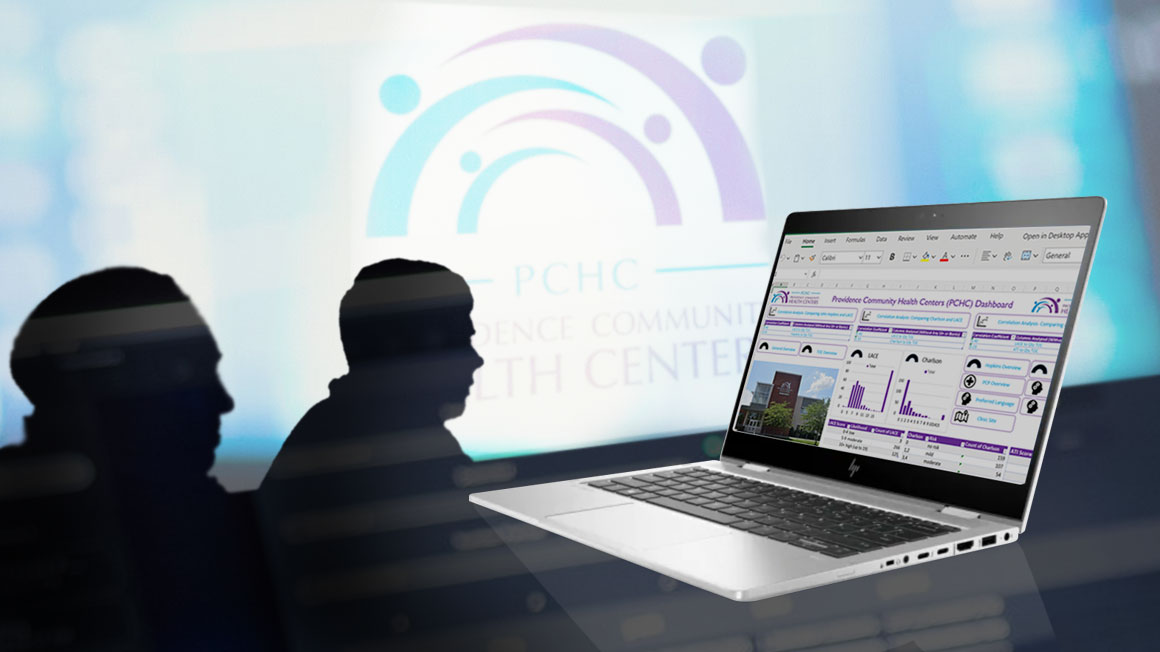 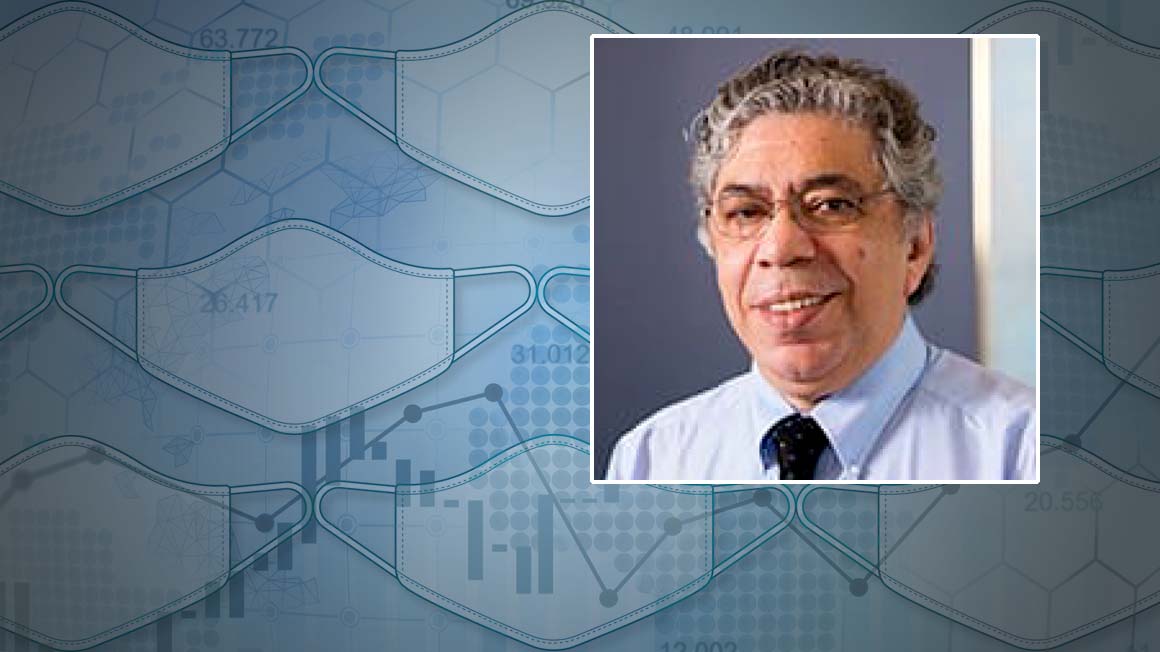 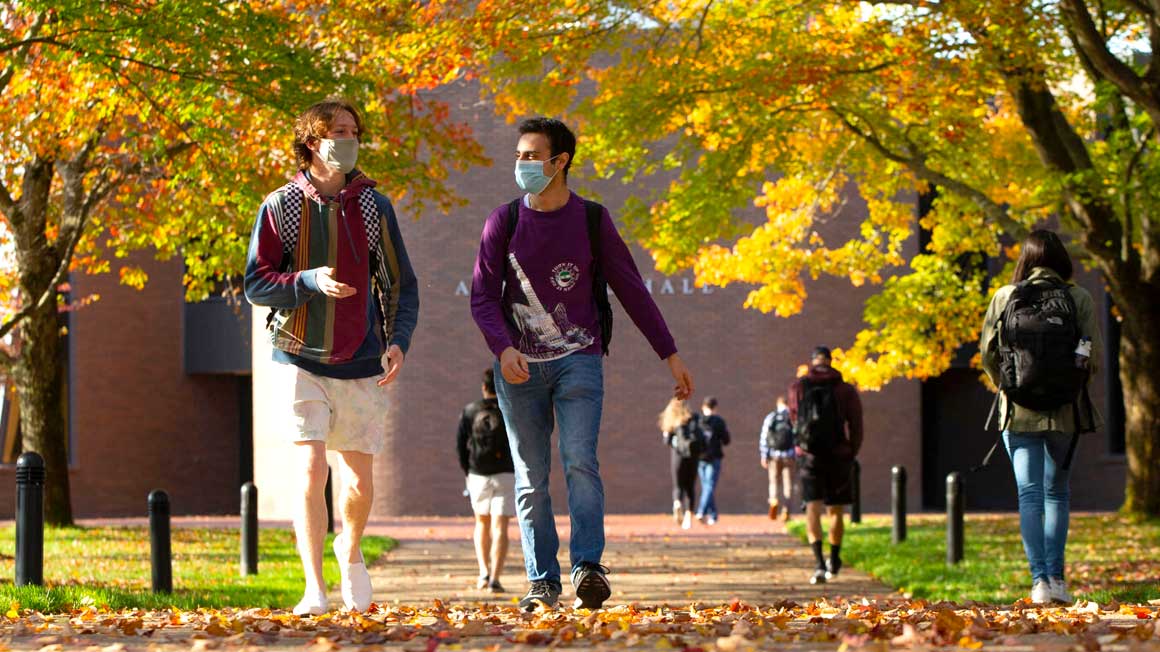 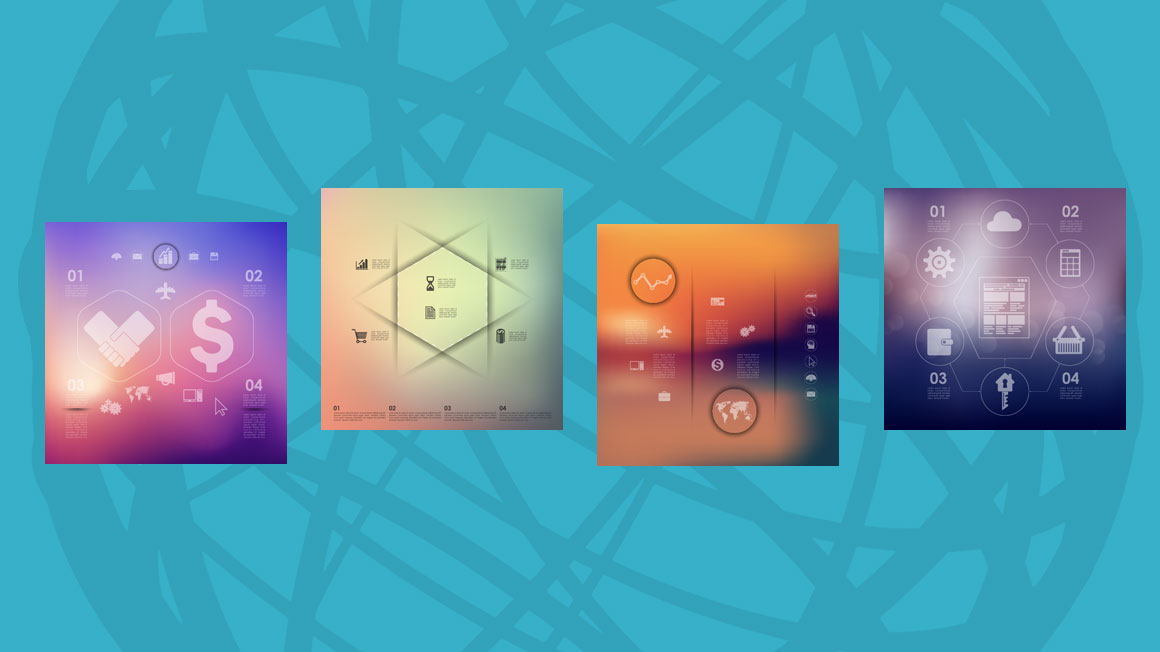