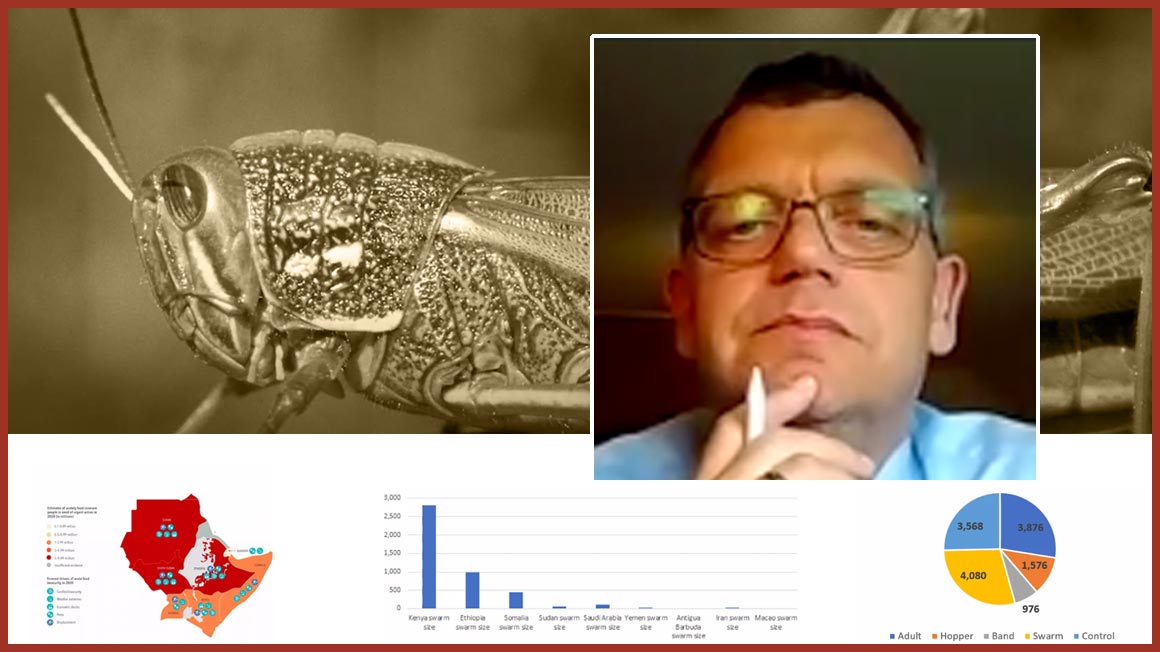 In Bryant’s Economics Consulting capstone course, students are challenged to use everything they’ve learned to perform high-level economics analysis on real-world-focused projects – and then they’re tasked with going a step further. They must present their analysis to industry experts, acting as high-level consultants and held to professional standards.

The class was recently charged with studying the impact of a devastating locust infestation ravaging Africa. The crisis could leave more than 5 million people facing starvation – exacerbating food insecurity already heightened by the global COVID-19 pandemic.

For Daniel Barrett ’21, the assignment was an opportunity to test his skills and apply them to a key issue. “It was really valuable that we were able to work on something that's incredibly relevant to people in the real world and has an impact,” he says. “It’s much more impactful than working on a hypothetical simulation.”

“Our job as professors is to ensure that our students are employment ready and will be competitive in the job market,” says Professor of Economics Ramesh Mohan, Ph.D., who teaches the course. “One of the most important ways we do that is to bring the real world into the classroom.”

Mohan speaks from experience. An expert in a range of economics areas, he has served as a consultant in the areas of development economics and international business/economics and has consulted for several international organizations in the US, Asia and Europe. He has also worked as a Research Fellow at the Center for Global and Regional Economics. He holds his students to a high standard, he says, because he knows they can reach it – and because it will pay dividends.

“Economics is about people. It involves research and analysis, but in the end, it’s focused on people.”

Professor Mohan drew upon his connections to develop the idea for the locust analysis project, and brought Holger A. Kray, Ph.D., Manager, Agriculture & Food Security at The World Bank, into class as a guest speaker. Kray outlined the details and severity of the locust epidemic and challenged the students to develop an economic impact analysis of the devastation the locusts would cause.

The class was excited to work on a project of such complexity, says Michael Biskupic ’21. “The economic theory we’ve learned has become almost second nature at this point for us. As Kray was making the initial presentation you could almost see the wheels turning as we thought about the problem and how we’d approach it.”

The work: When everything comes into play

From there it was up to the students. Working in teams, they endeavored to frame the problem, find the data required to perform the analysis, and employ the economics skills they’d developed over four years.

“For a project like that, you need all the concepts from every course you’ve taken going back to your introductory classes,” says Barrett. “You need an understanding of economic principles to understand the concepts. You need research skills to find and evaluate information. And you need the data analysis skills that you learn in econometrics and other more mathematical-based classes. Everything comes into play.”

“You need to be able to contextualize everything you present so that people can see the deeper meaning behind it as well as the human perspective of it – what it actually means to people.”

It also meant never losing sight of the true purpose of the analysis – evaluating the human cost of the disaster to develop responses that aid others. “Economics is about people,” Biskupic states. “It involves research and analysis, but in the end, it’s focused on people.”

When their analysis was completed, the students moved on to the other, equally crucial half of their assignment, crafting presentations that shared results in a way that was impactful, concise, and easy to understand. “You need to be able to contextualize everything you present so that people can see the deeper meaning behind it as well as the human perspective of it – what it actually means to people,” says Barrett.

Mohan acted as a field-tested resource for the students over the course of the two weeks, but insisted they chart their own path. “He gave us the freedom to approach the problem in the way we thought best,” Biskupic says. “It’s rare to be given a real-world problem like this and to be asked to see it through the whole way, from beginning to end.”

“When you push undergraduate students to their limit, you usually see graduate-level work. The potential to produce is there, you just need to give them the right opportunity.”

Acting as consultants, each student team had five minutes to present their findings, followed by questions, critiques, and advice from the World Bank representatives.

The representatives also compared the students’ ideas to how they were addressing the same problems, offering invaluable professional insight to the students.

“Some of their critiques were things you wouldn't normally hear from your typical college course,” Barrett points out. “It gives a different level of insight about the way the world works outside of school, a level you wouldn’t necessarily get if it were just you in a class with a teacher and the students.”

“A number of us are looking toward careers in international finance, international economics, and international affairs, so to present in front of actual representatives from a multilateral institution like the World Bank, and receive practical feedback from them, was huge,” Biskupic notes.

“We’re at the point now where we're able to do the work on our own and we were trusted to do it according to our own process. That feels pretty amazing.”

Kray praised the students' professionalism, analysis skills, and effective presentations. “I’m amazed that in two weeks you followed the same approaches and landed at some of the same assumptions as a team of experienced World Bank staff,” he noted.

For Mohan, the students’ success was no surprise. “When you push undergraduate students to their limit, you usually see graduate-level work,” he states. “The potential to produce is there, you just need to give them the right opportunity.”

Barrett was grateful to have demonstrated what he is capable of and looks forward to the course’s next assignment: analyzing the economic climate of Afghanistan for representatives of the International Monetary Fund. “We’re at the point now where we're able to do the work on our own and we were trusted to do it according to our own process,” he says. “That feels pretty amazing.” 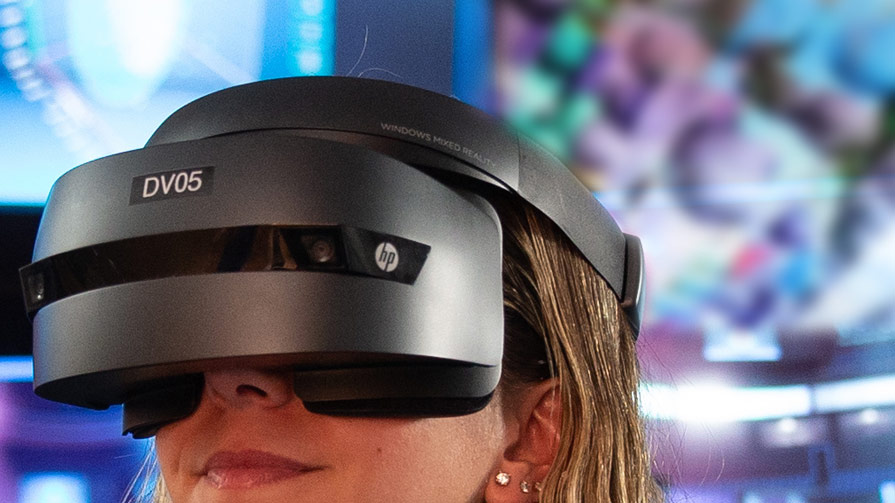 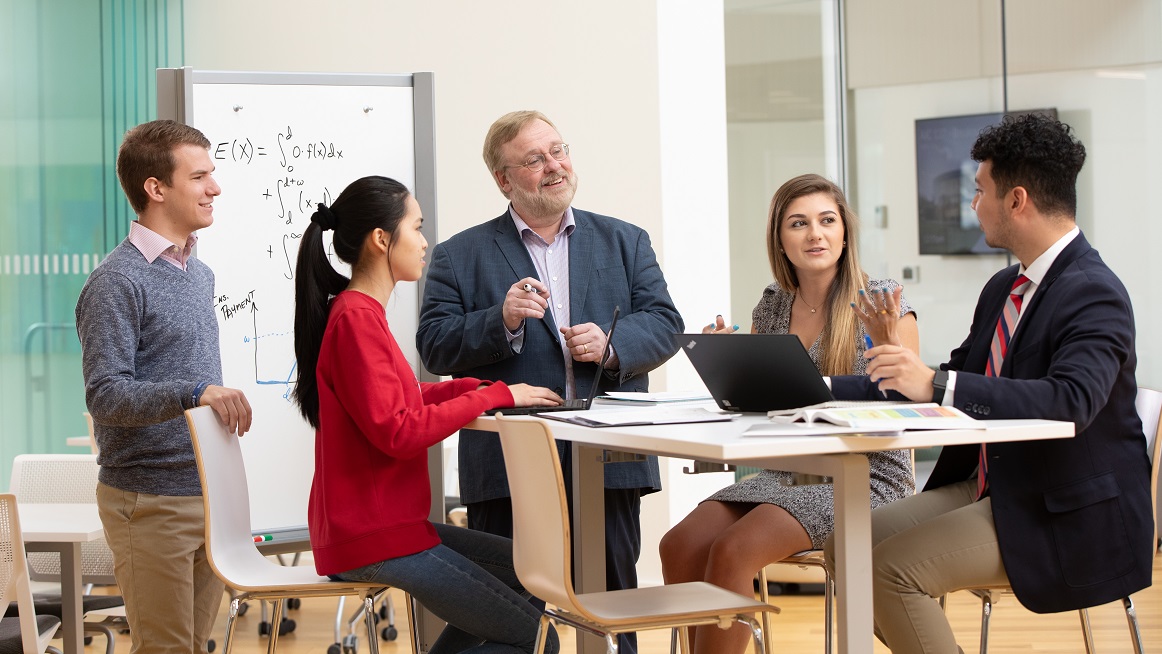 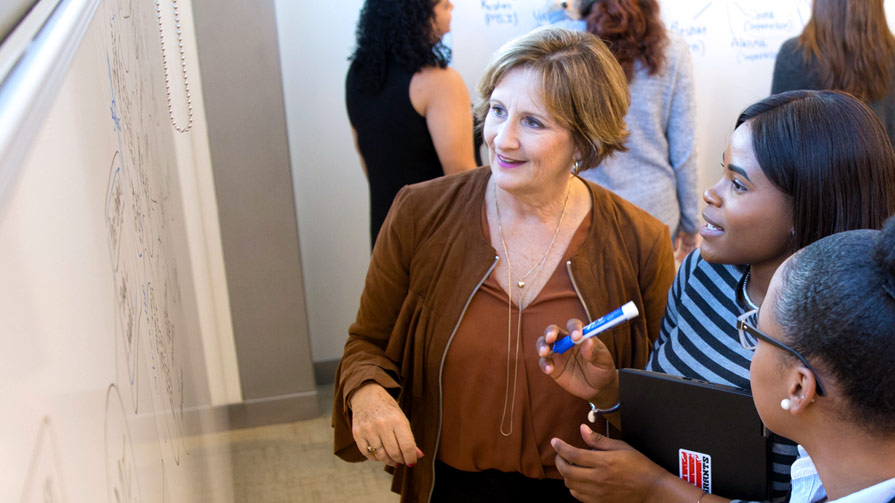 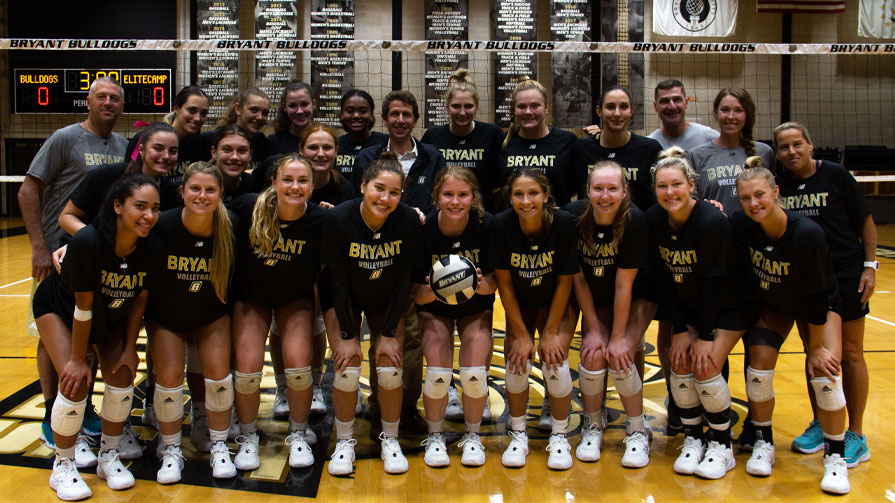 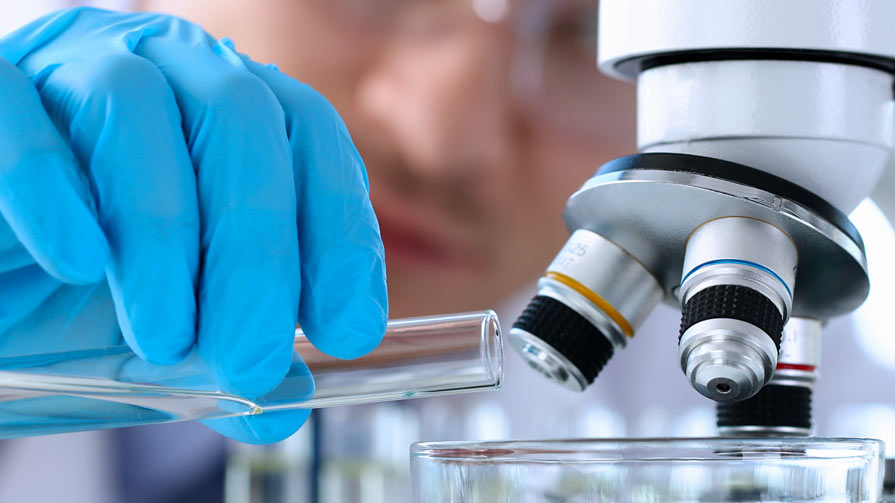 Bryant University’s School of Health and Behavioral Sciences announces new programs in Healthcare Analytics and Exercise and Movement Science
These new programs are a key part of a Vision 2030 strategic initiative to expand academic programs that prepare students with 21st century skills for emerging career opportunities. 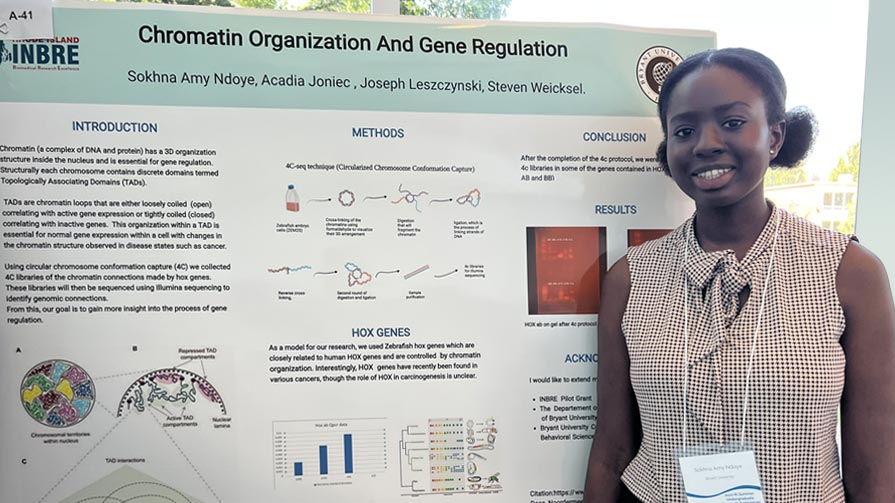 Making discoveries and building bright futures through scientific research
Conducting research with the aid of SURF fellowships and Bryant mentors.