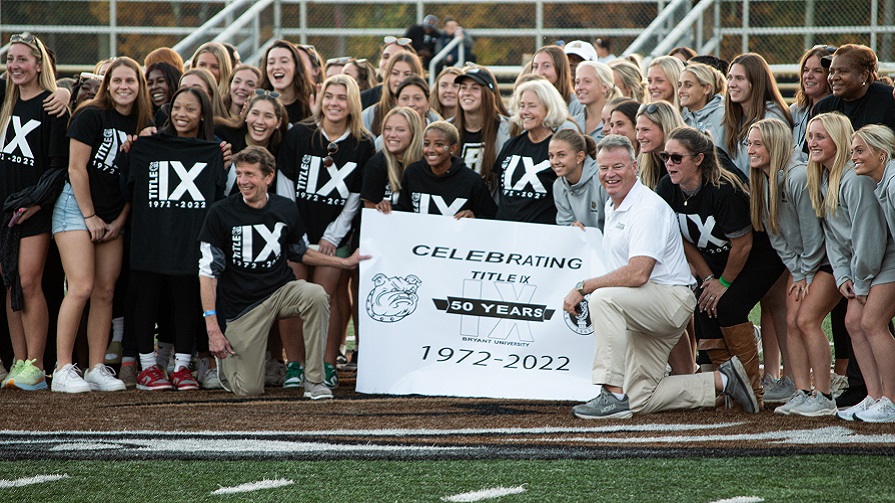 Bryant University’s annual Homecoming celebration marks the return of alumni to campus to cheer for the Bulldog football team. This year, it was also an occasion to recognize academic excellence at Bryant by providing a spotlight for the important research conducted by students and staff.

As part of the 2022 Bryant Homecoming festivities, there were two important organizations marking major milestones anniversaries and several other groups celebrating years of contributions to students and the entire campus community.

Bryant University honored the 50th anniversary of landmark civil rights law Title IX, and Bryant’s WJMF Radio celebrated a half century at “the beat of Bryant.”

The Intercultural Center celebrated its 45 years, the Bryant Pride student group celebrated 30 years, and the Gertrude Hochberg Women's Center celebrated 20 years of advocating for students and creating a more diverse and inclusive community where all belong.

50 years of broadcast excellence from WJMF
Recognizing a half century of providing the beat that keeps the campus’s toes tapping, a reception and celebratory lunch was held in honor of the 50th anniversary of WJMF, Bryant’s own student-run radio station. Channel 12 Evening Anchor and WJMF Advisor Mike Montecalvo, who is also an instructor in Bryant’s Communication department, led the festivities as the station welcomed back former disk jockeys and WJMF fans to trade memories and meet today’s on-air student hosts and station staff.

With so many alumni returning to campus, Montecalvo noted, it was a great to show what WJMF is like today and everything that had changed.

During the celebratory lunch session, students, faculty, and alumni shared key moments from the station’s history, which dates all the way back to Bryant’s Providence campus. and DJs both past and present were honored—some of whom were even enticed to return to the airwaves for the first time since graduation! The celebrations also offered a look at WJMF’s newly renovated station, where future generations will keep playing the hits and entertaining the campus community.

50 years of excellence in women’s athletics
Several of the anniversaries recognized at Homecoming offered Bryant the opportunity to reaffirm its commitment to diversity, equity, and inclusion. Though the different groups were celebrating different milestone, it was natural that they would celebrate together, says Kelly Boutin, Director of the Hochberg Women's Center and the Pride Center. "We are all strong believers in intersectionality and, because we work so closely together, we’ve built communities of allyship," she notes

A special celebration at halftime of the Homecoming game recognized 50 years of Title IX, which prohibits discrimination in all educational programs and activities for all educational institutions receiving federal funds—including athletics. To honor the anniversary of Title IX and the countless lives it has changed, members of the University’s women’s sports teams took the field in specially designed t-shirts commemorating the landmark piece of legislation. They were joined by the alumni and staff who have played an integral role in the success of Bryant's women's sports programs over the years, including 30 Conference championships and 42 NCAA appearances, seven of them at the Division I level.

“It was empowering to see so many strong women who are also very successful athletes all in one place,” says Britt King, Bryant’s Assistant Athletic Director for Inclusive Excellence. “We've made so much progress, not just here at Bryant, but also nationally. A celebration like is this is important not just to recognize how far we’ve come, but also how far we have to go—and what it took to get us here.”

45 years of providing a place for learning, sharing, and connection
For 45 years, Bryant’s Intercultural Center (ICC) has been a place for conversation, cultural exchange, and consultation on multicultural and international issues. It’s also helped students develop lifelong friendships along the way, united by the ICC’s focus on providing a space where all are included.

This year’s ICC anniversary provided an opportunity for both alumni and students to renew old acquaintances and make new connections says Intercultural Center Coordinator Brandi Gbemisola. “For so many people, the ICC has been a home away from home. They love being here and the friendships they’ve made here,” she states.

The Intercultural Center inclusive and open atmosphere has played a key role in helping students form strong bonds with one another, sometimes across generations, agrees Aliana Soto ’04. “Even today, meeting other alumni and current students I don’t know, I feel very comfortable here and with them.”

That tradition of welcoming everyone continues to this day. “It's really nice that we have a place like the Intercultural Center on campus where you can learn about other cultures and share your own, knowing that your culture and who you are will be appreciated,” says Cori Hubbard ’26, who stopped by the ICC to help celebrate and meet new people.

30 years of a student-run legacy
Celebrating more than three decades of working to foster an environment of support, acknowledgement, and inclusion free from prejudice and discrimination on the basis of sexual orientation and gender identity/expression, the Bryant Pride student organization took a look back at its origins.

Michael Chagros ’92, a founder of Bryant Pride, shared his memories of the group’s early days, noting the obstacles and prejudice the group faced, as well as the support of faculty members like Professor of History and Social Sciences Judith McDonnell. "When we were first getting together, we weren't thinking, ‘What is our mission statement? How do we get funding from the student activities council? How do we get visibility?” he notes. “We were just trying to find a place to get together where we weren’t alone on this campus.”

Thirty years later, the legacy of their efforts includes not just the Bryant Pride student organization but the Bryant Pride Center, which provides a safe space for all Bryant community members to explore lesbian, gay, bisexual, transgender, ally, and related issues through educational and social programming, as well. "My mind was blown to see the growth that has happened and the support from the school to keep Bryant Pride going,” Chagros states. “I put the seed in the ground but so many people over the course of so many years have helped it grow to what it is today, because the fight is far from over.”

20 years of supporting women through a grassroots movement
Now in its 20th year, the Gertrude Meth Hochberg Women’s Center strives to enhance the quality of life for the community of women at Bryant University by providing a forum for all students to discuss issues facing women, both on campus and in business and society. Homecoming saw several of the organization’s founding supporters, including Theresa Hasseler, Associate Dean of Bryant’s College of Arts Sciences; former Professor of Psychology Nancy Weinberger, and Toby Simon, the Center’s first director, gather to reflect on the Women’s Center’s evolution.

From its humble beginnings to its current role as a key resource, the Center’s success is the result of a grassroots movement, says Hasseler, who coordinated the Center in its early days. “This was an initiative where you saw real interdisciplinary connections, as well as connections across the campus between different offices and different positions in the institution,” she says.

That movement devoted themselves to growing the center through hard work and perseverance. “As we progressed, the Women’s Center proved its value to everyone on campus,” remembers Weinberger who also served as an early director for the Center.

As the people who built the Women's Center look back, they see a history written by a passionate group committed to helping others. “I was going through my files, and I pulled out all of this stuff about all of the people who worked on the Women's Center,” says Hassler. “You recognize the energy and the commitment, as well as that sense of people caring so much about this place and the women identified folks who are here.” 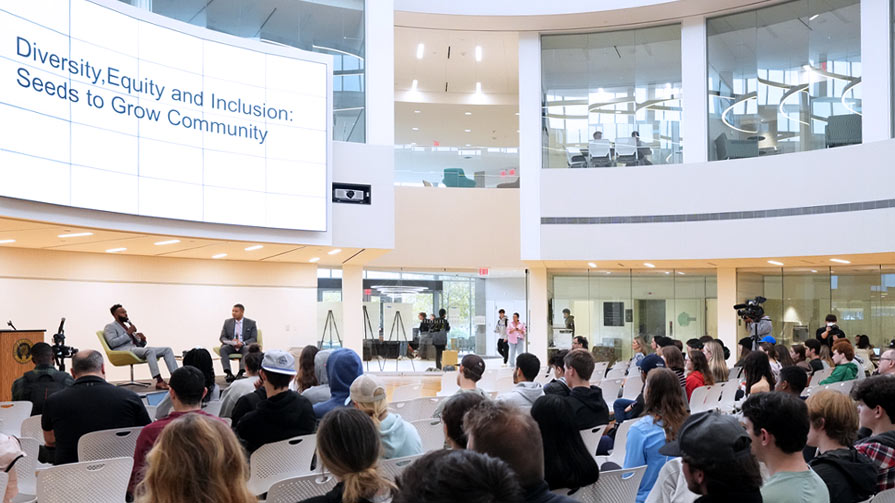 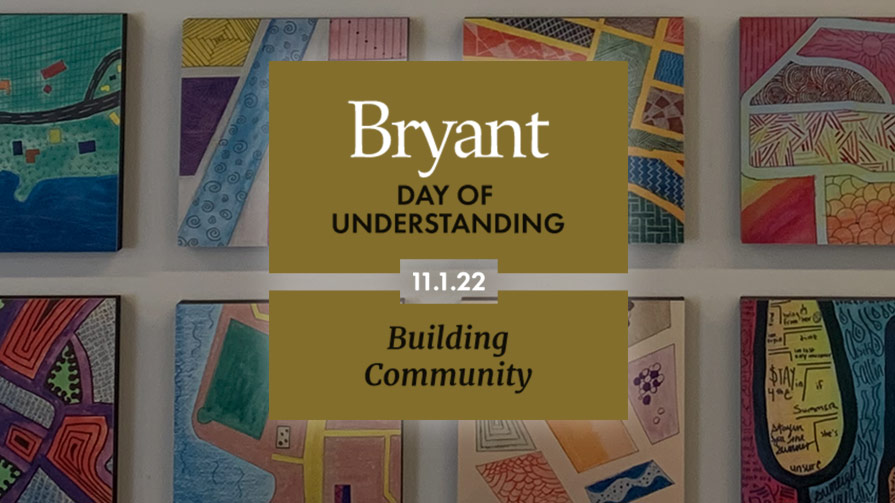 Third Annual Day of Understanding unites campus in creating and supporting an inclusive community of belonging
"Building Community" through discussion, reflection, and learning 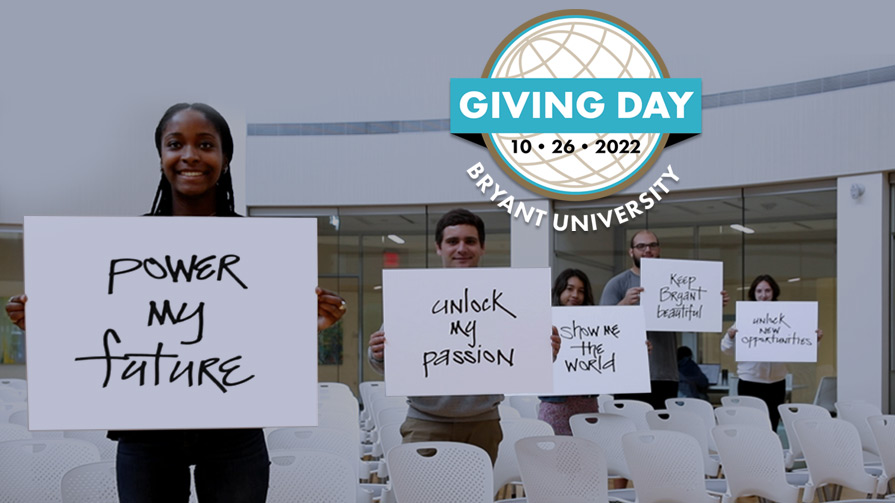 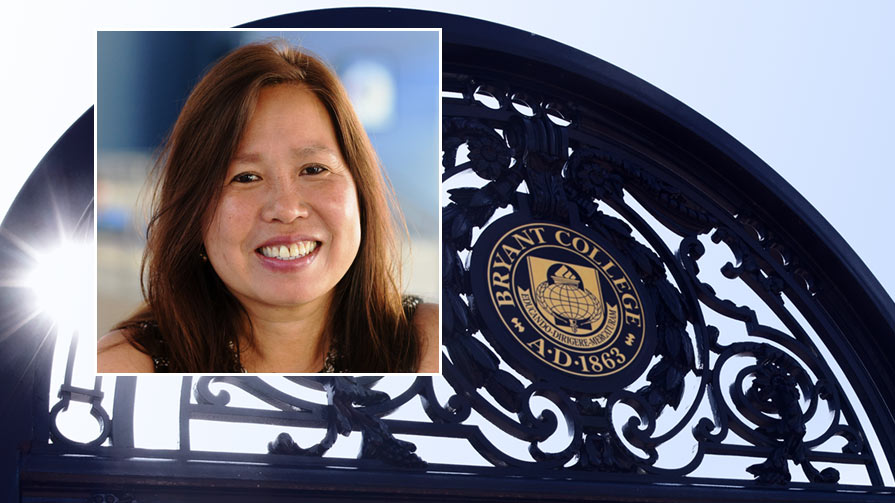 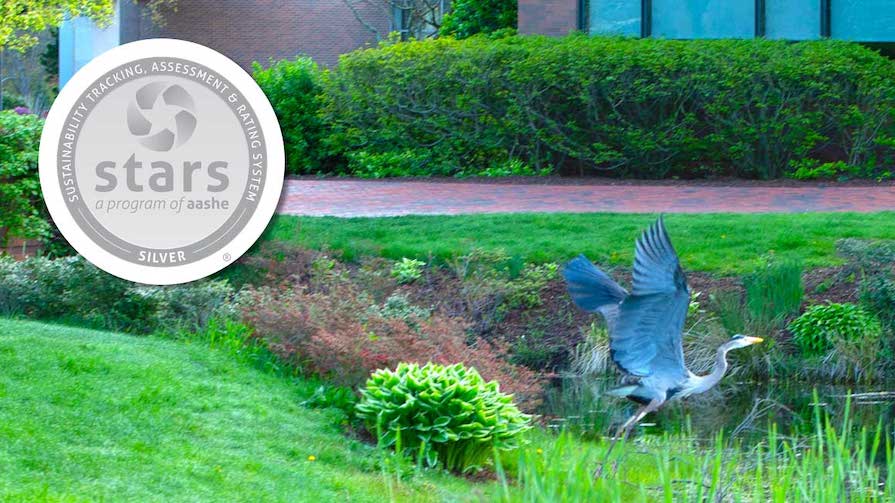