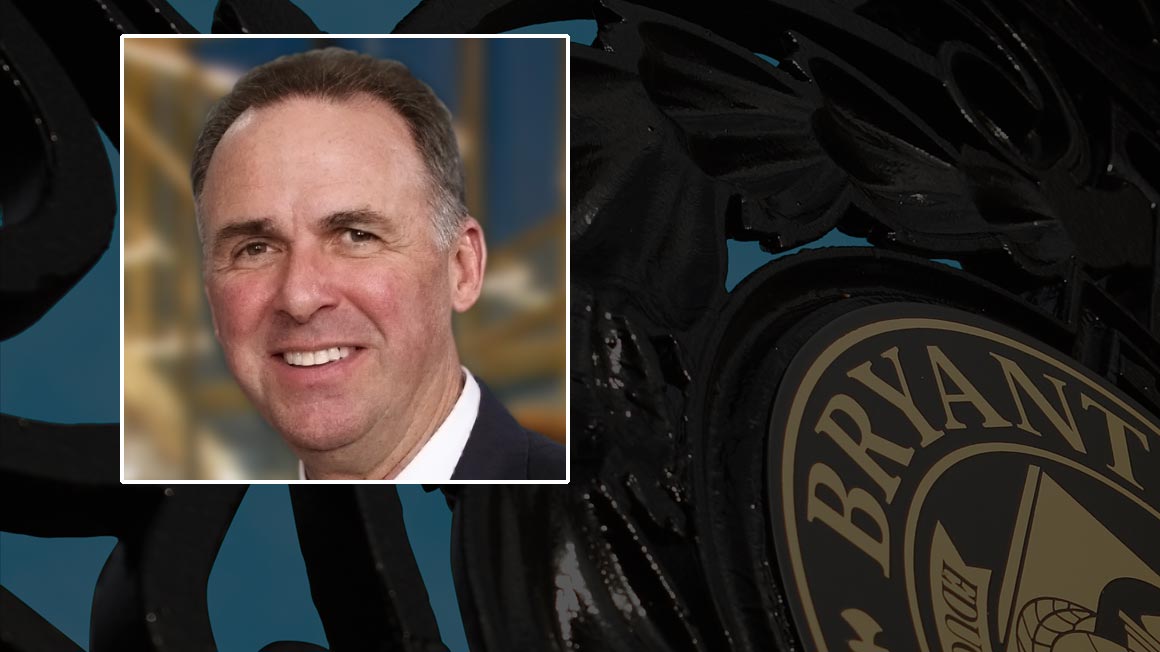 In his junior year as an accounting and finance major at Bryant, Joseph Puishys ’80 seized an employment opportunity he learned about in his cost accounting class. He began working part-time for FRAM, the iconic oil filter manufacturer in Pawtucket, RI. That modest beginning led to a long career of ascending responsibility and executive leadership with the corporate family of companies that ultimately became Honeywell International.

Since 2011, Puishys has been the chief executive officer of Apogee Enterprises, Inc., a world leader in technologies related to the use of glass for enclosing commercial buildings and framing custom art. His career-long ability to motivate and expand sales forces, transform business lines, and increase operating margins is marked by an empathetic approach to leadership. “My mentor told me not to worry about my own career,” recalls Puishys. “He said to worry about your troops first and foremost. Lead and mentor them. If you surround yourself with people who are a lot smarter than you are, your company will be a success and more than likely, you will be too.”

"If you surround yourself with people who are a lot smarter than you are, your company will be a success and more than likely, you will be too.”

Puishys believes that leaders must always tell the truth and be extremely transparent. “The amount of energy wasted in a company when employees are not certain of their boss’ true intent is incredible. Most people will try to read between the lines. Openness and transparency are very efficient. I let people know there’s nothing between the lines.”

Though Puishys has relocated numerous times during his career, he regrets not accepting an international opportunity early on. “Even though I couldn’t be happier today, I wish I had taken a European assignment. I sometimes wonder what would have come from that experience and how my career would have been different.”

That’s why he strongly encourages young professionals to be open to relocating and moving across business lines. He also advises, “Follow through on your commitments and make a lot of them. The lack of follow-through has doomed so many young executives and yet it’s a trait most leaders rely on.”