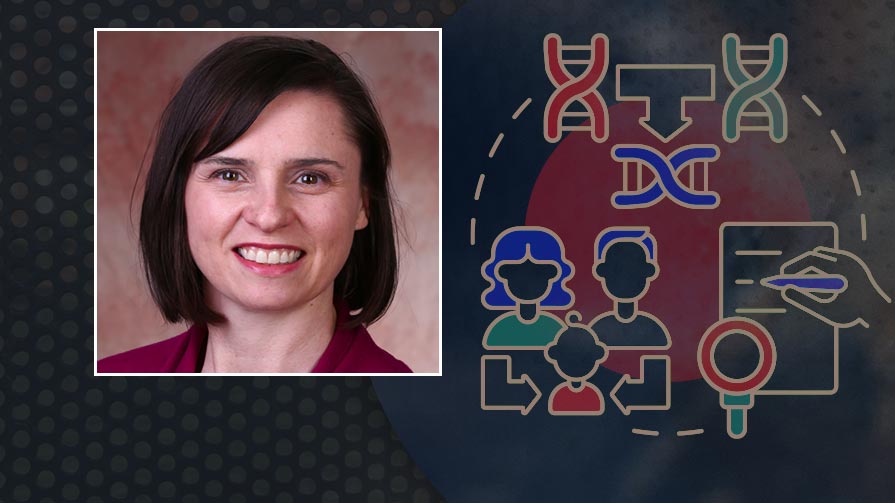 How does a professional researcher conduct a study, from start to end? Several Bryant students found out thanks to an opportunity extended by a professor.

Psychology majors Caroline Forest ’19, Prerna Dayal ’19 and Dana Blasi ’19 conducted original research as genuine collaborators and co-authors alongside their professor, Associate Professor of Psychology Heather Lacey, Ph.D., in paid research fellowship positions. Over 10 weeks during one summer, the psychology students gained professional-level research experience while designing and running a real study that explored emotional sensitivity to risk in health decision-making in collaboration with Lacey. In December 2021 their findings were published in a well-regarded scholarly journal, The Journal of Genetic Counseling.

The study was a part of the Summer Undergraduate Research Fellowship (SURF) program, organized and supported by RI NSF EPSCoR/RI C-AIM and RI-INBRE.

Today, the study collaborators agree that the experience prepared the students for success in top graduate schools, and beyond.

“It’s very much an apprenticeship model, like ‘let’s see how a professional researcher does this,' in a really direct, hands-on research experience.”

In the SURF program at Bryant, students work on a professor's new research project as SURF fellows. “It’s very much an apprenticeship model, like ‘let’s see how a professional researcher does this,' in a really direct, hands-on research experience,” says Lacey, who is a cognitive psychologist and expert in health decision-making. So when Lacey recommended Forest, Dayal and Blasi join her for a research project in the SURF program, they eagerly took advantage of the special opportunity to put their knowledge into action.

Lacey had previously invented a tool called the Possibility/Probability Questionnaire (PPQ), a survey which measures how emotionally tuned in—or indifferent—a respondent is to probabilities or risks. In the SURF program study, Forest, Dayal and Blasi helped her apply this tool in the genetic counseling field to investigate whether a person’s emotional sensitivity to probability predicts their intention to engage in genetic testing. (Genetic counseling is an area of medicine focused on uncovering an individual’s risk of developing specific diseases.)

The study found that people who are highly emotionally tuned in to probabilities and react accordingly are more likely to request genetic testing than those people who, for example, may not emotionally distinguish between a 1-in-10,000 risk and a 1-in-10 risk.

“These students really contributed to every step of the process, which is why they are authors of the study. They all had done really remarkable work.”

The purpose of the study, published in a journal read mostly by practicing genetic counselors, is to encourage practitioners to identify people who are indifferent to probabilities and may need additional help in processing health risk information, said Lacey.

As her collaborators in the impactful study, the fellows received top-notch training and enhanced their research skills, as they helped put together the study concept, hypothesis, design and survey materials and collected and analyzed data. They also presented some of the research at the annual SURF conference, attended by scholars and student researchers from institutions across Rhode Island.

“These students really contributed to every step of the process, which is why they are authors of the study. They all had done really remarkable work,” said Lacey.

In addition, the interplay of the psychology and health fields in the study provided the kind multidisciplinary training that experts say are needed to solve problems in the health field today and in the future, aligning with the mission of Bryant’s Center of Health and Behavioral Sciences, where Lacey is a Faculty Fellow, and the recently announced expanded School of Health and Behavioral Sciences.

“The study also really opened my eyes to the intersection of my interests, which is counseling psychology, cognitive psychology, judgment and decision making, biology and research.”

“It’s been a really great outcome for them, for their trajectory, with every student I’ve had in the program now succeeding in graduate school—including SURF fellows from previous years. The study was a really great stepping stone for them,” says Lacey.

Her collaborators agree that the study laid a foundation for success in graduate school and in their careers.

“The study also really opened my eyes to the intersection of my interests, which is counseling psychology, cognitive psychology, judgment and decision making, biology and research. And it really enlightened me to the entire field of genetic counseling. I'm now working on applying to genetic counseling master's programs,” she added.

“Not only do I get to move forward with my professional scholarship, but I also get to support up-and-coming students and see them launch new careers. For a professor, that’s as good as it gets.”

“Since psychology is such a research-driven field, this fellowship allowed me to truly understand how to conduct research reliably and efficiently as well as identify appropriate and reliable research studies to enhance my knowledge,” says Dayal. “It further gave me an edge over other students while working on my dissertation for my MSc program in Child and Adolescent Mental Health from Kings College, London.”

Citing similar positive outcomes, Lacey enjoys collaborating with students on their individual research projects outside of SURF as well. For example, for her honors thesis project, Alexa Rivera ’21, who graduated with a degree in Psychology, used Lacey's innovative PPQ tool to predict Covid-19 vaccine hesitancy and prevention behaviors in a study they worked on together, from start to end. The study was published in Psi Chi Journal of Psychological Research, a scholarly journal, in March 2022.

“In the project, we were collaborating to find a solution to a problem—that’s what I do now in PT.”

Rivera, a former Bryant Division I Swimming & Diving star who is now studying in a doctoral program for Physical Therapy at Wingate University, says the project gave her a leg up in graduate school, such as in creating treatment plans in the program’s pro bono clinic. There she identifies the latest applicable research studies, a skill she practiced first in her project with Lacey and a skill she will continue to use in her desired career as a sports orthopedist. In addition, she says, “In the project, we were collaborating to find a solution to a problem—that’s what I do now in PT.”

Lacey participates in SURF and other collaborative research projects with students for the outcomes it generates for herself—and her students. “Not only do I get to move forward with my professional scholarship, but I also get to support up-and-coming students and see them launch new careers. For a professor, that’s as good as it gets,” says Lacey. 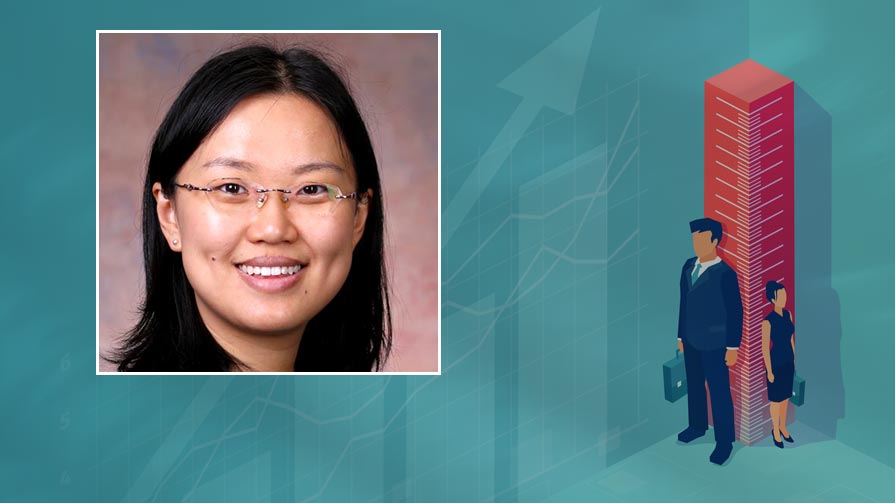 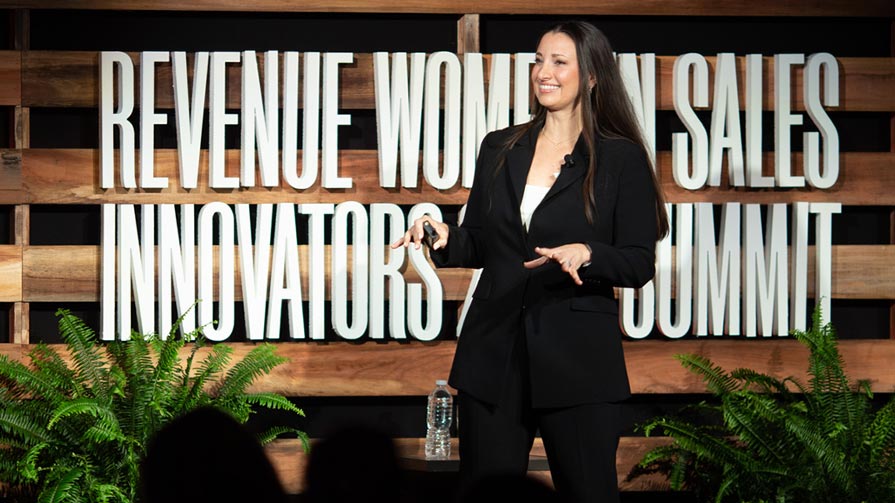 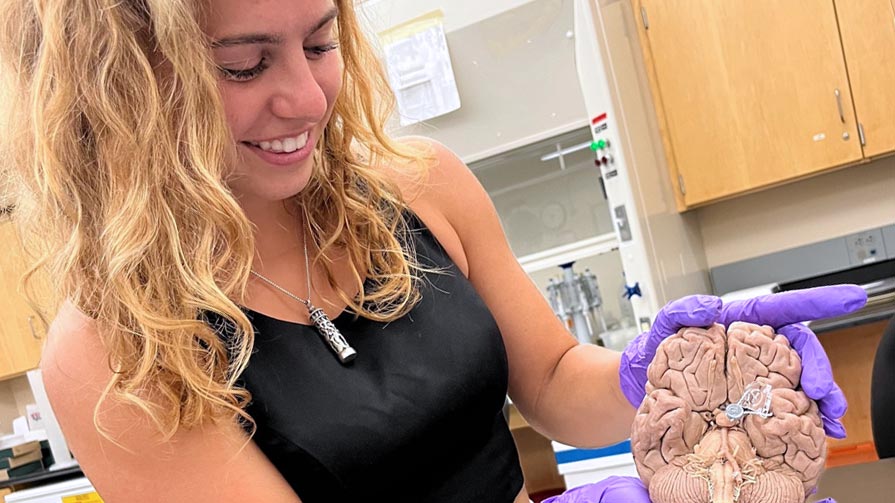 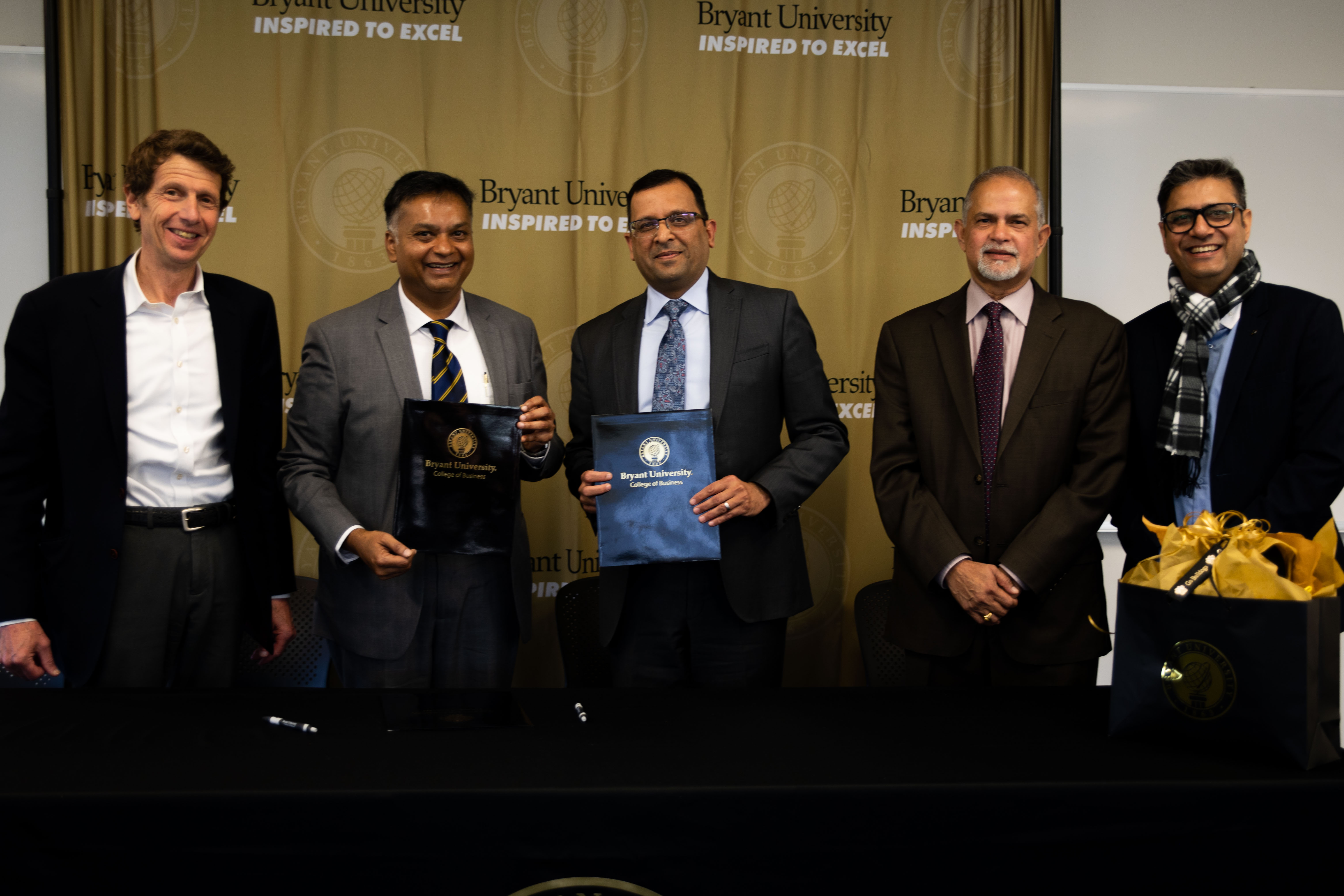 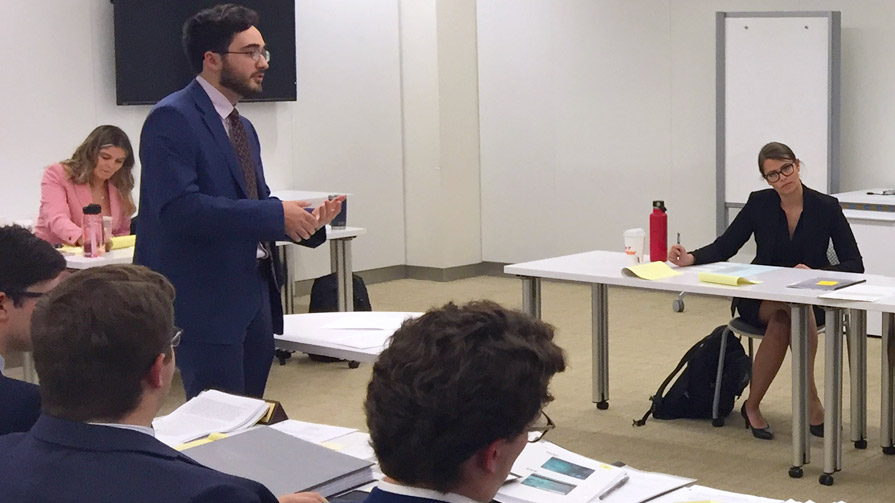 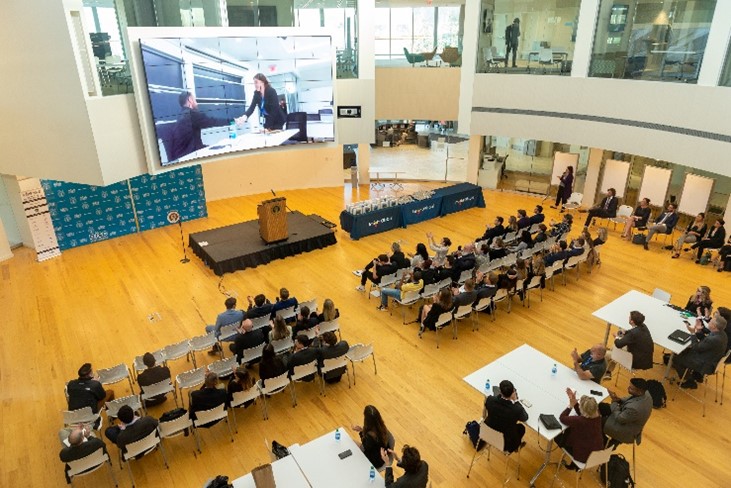