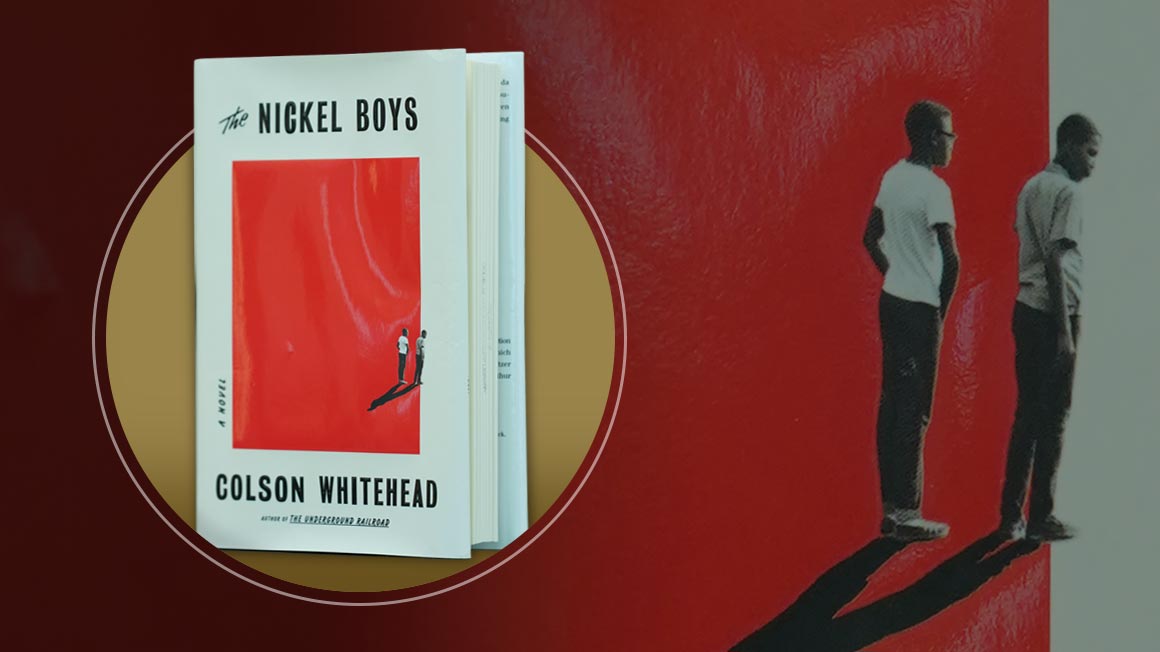 First-year students who read Colson Whitehead’s "The Nickel Boys" as part of the University’s program initiatives for diversity, equity, and inclusion described the book as "eye-opening," "impactful" and even "life changing."
Students reflect on racism and diversity with 'The Nickel Boys'
Sep 09, 2020, by Denise Kelley

In Colson Whitehead’s The Nickel Boys, two young Black boys confront harsh realities while attending a juvenile reform school in Florida in the 1960s, soon after the passage of the Civil Rights Act in 1964. Through the ordeals of Elwood and Turner at the fictional Nickel Academy, the novel focuses on the lasting reverberations of slavery.

As part of the University’s initiatives for diversity, equity, and inclusion, many students at Bryant University, including all first-year students, paused during the summer to follow Elwood and Turner’s story in the Pulitzer Prize-winning novel.

“We educate and produce ‘leaders with character around the world.’ Part of being a 21st century leader is an appreciation of diversity and cultural identities.”

“At Bryant, our mission is clear. We educate and produce ‘leaders with character around the world.’ Part of being a 21st century leader is an appreciation of diversity and cultural identities," said Glenn Sulmasy, J.D., LL.M, Provost and Chief Academic Officer. "As such, the diversity, equity, and inclusive excellence contained within this book provides thought-provoking, reflective insights in these areas to broaden the perspectives of our student body.”

The novel is based on the real-life Arthur G. Dozier School for Boys that opened in Florida in 1900. At this notorious reformatory, students were segregated until 1968, and faced brutal – even fatal – abuse, as well as racial violence until it closed in 2011. A secret graveyard, spoken of for years by Dozier boys, was discovered on the grounds by archeological students, the opening scene of Whitehead’s novel.

“Eye-opening,” “impactful,” and “life-changing” are just a few of the words students used to describe how the novel affected them.

“I truly believe that I was changed by reading The Nickel Boys,” said Amanda Spielman ’24. “This book portrays the brutal realities that are still present in our culture and country."

Other students agreed, calling the school’s continued operation up until 2011 "shocking," "sad," and "terrible."

Further, students reflected upon how Whitehead illustrated the dichotomy between law and reality. Lauren Adriaansen ’24 said she sees this contrast today, pointing to the Black Lives Matter movement. “I think this is extremely relevant in the society we live in,” says Adriaansen. “This past year I’ve seen how unjust this country’s criminal justice system is to anyone who isn’t white.”

The novel suggests that the school’s secrecy about what the boys experienced allowed the abuse to continue, prompting students to reflect on the importance of exposing wrongdoing.

“The ending of the novel, as well as recent events … show the importance of not losing strength.”

“You must act when you see a wrong, which Turner eventually realized many year later,” said Christina Wood '24.

Noted Satrina-Mae Shannon ’24: “The ending of the novel, as well as recent events … show the importance of not losing strength. ... The moment in which we stop telling these stories, bringing awareness to racism and its effects and challenging stereotypes, is the moment in which we silently affirm that we accept it as normal.”

“This book opens up important conversations of how, despite slavery ending 100 years before The Nickel Boys took place, Black people were disadvantaged and stigmatized,” said Samantha Ho ’24. “It continues to happen today, and it should be addressed.” 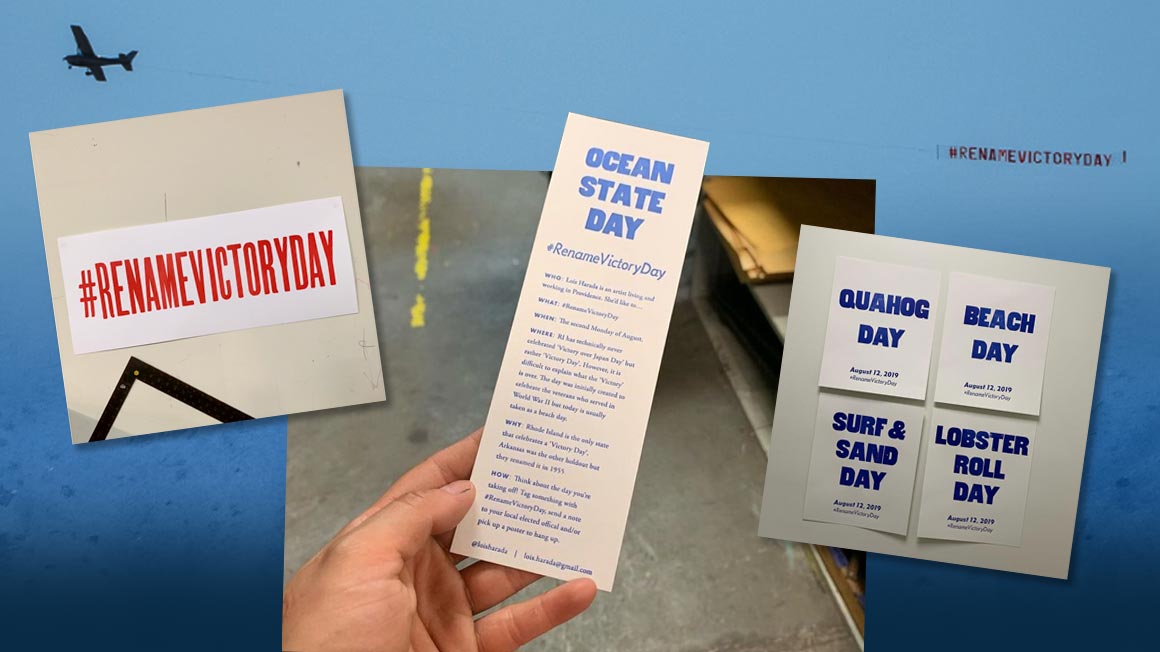 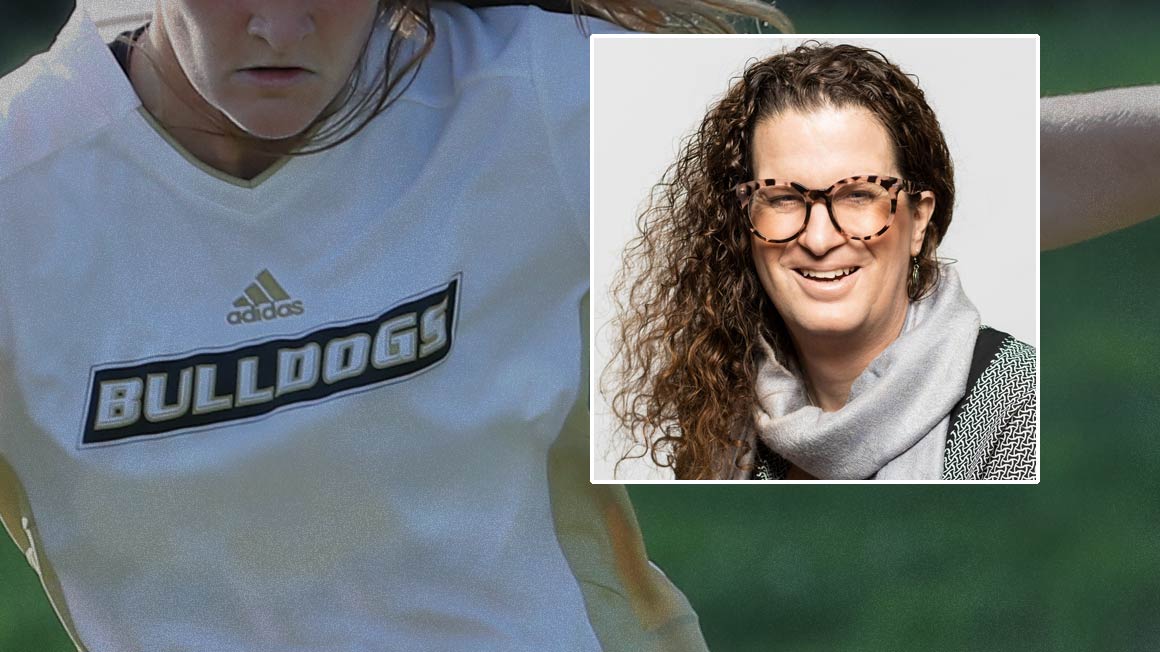 Inclusivity and design: Kristen Worley, transgender athlete and advocate, visits campus
Worley spoke on her human rights fight that is changing the world of sport 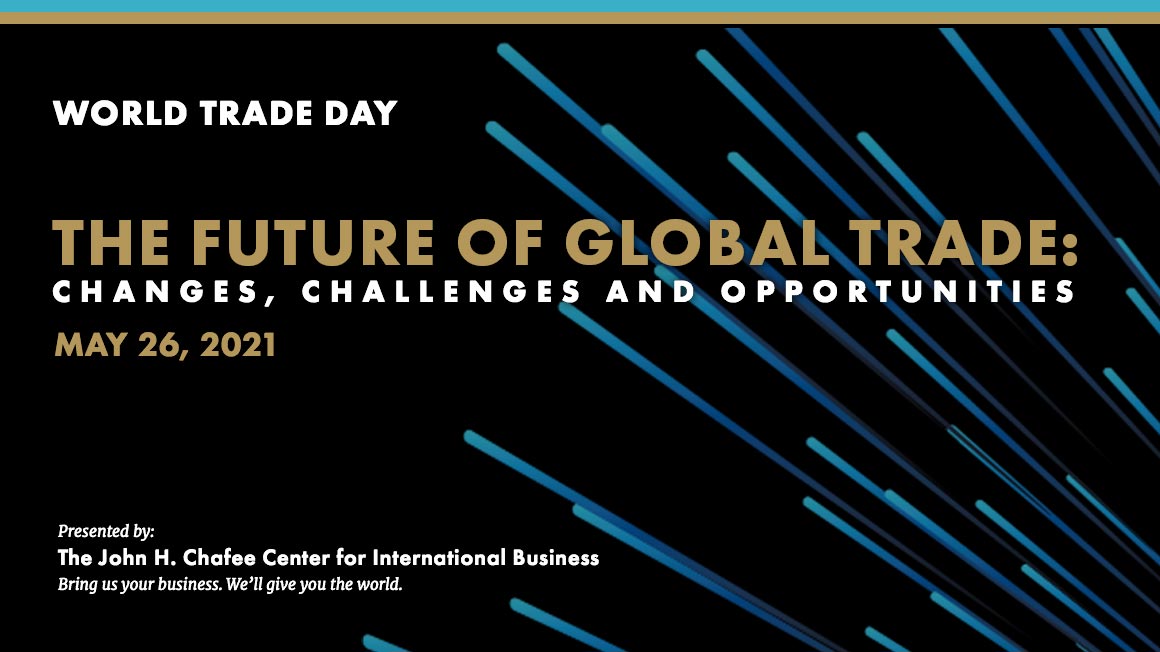 World Trade Day 2021 explores “The Future of Global Trade”
Now in its 36th year, it's one of region’s largest international business conferences 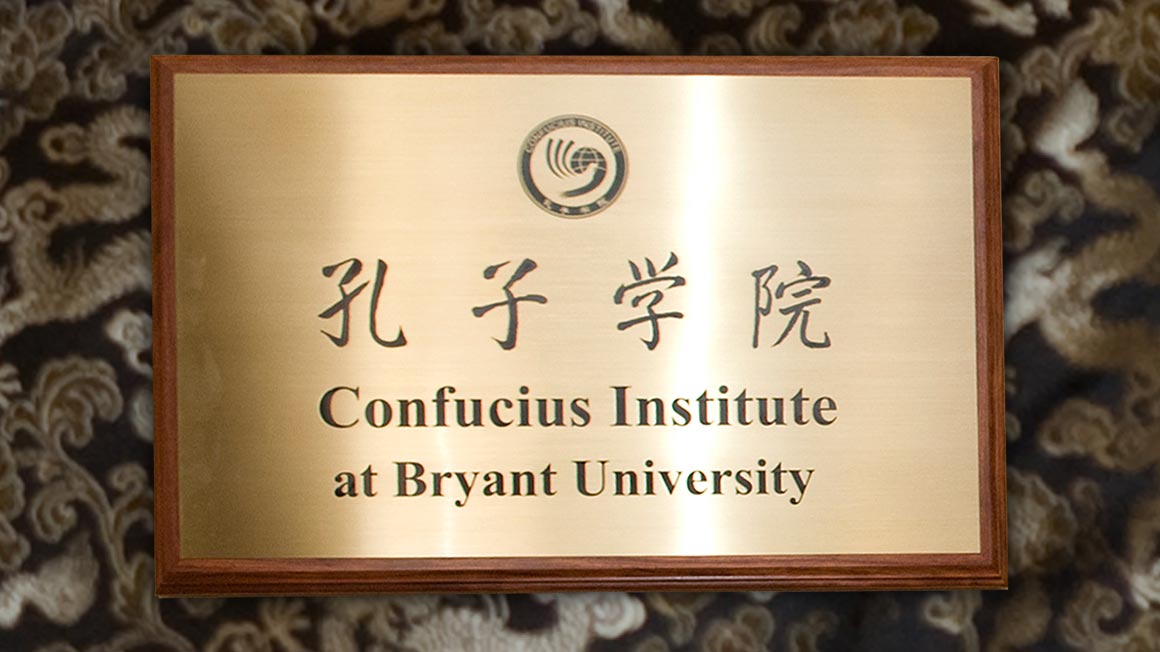 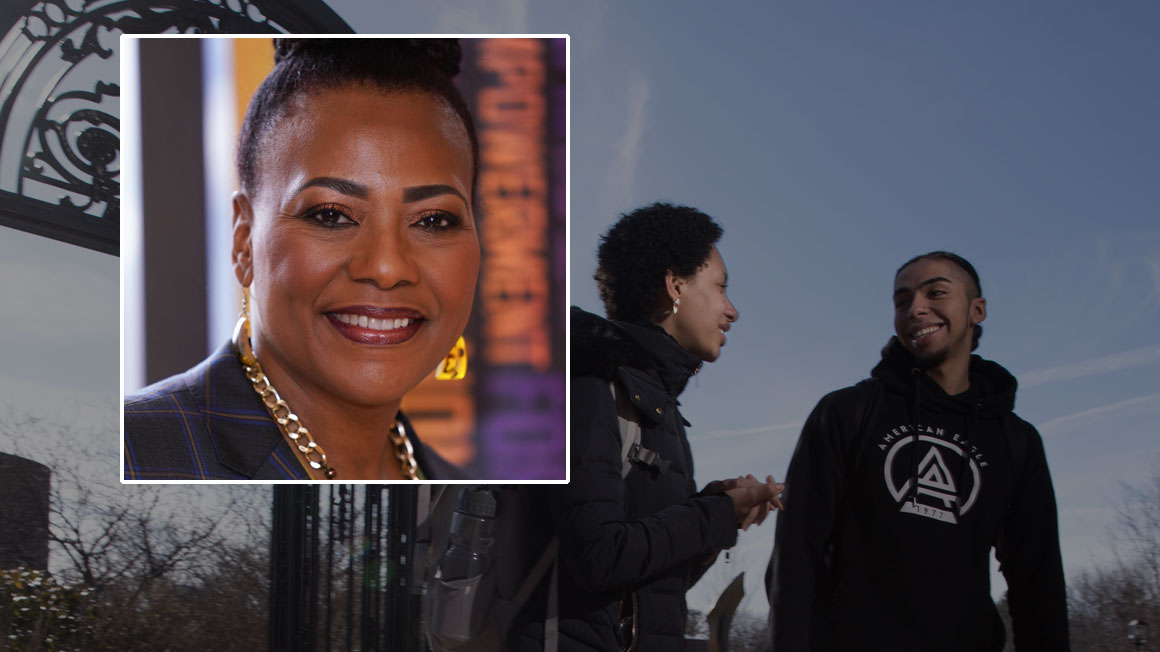 Dr. Bernice King to present keynote in honor of Black History Month at Bryant
The presentation by Martin Luther King Jr.’s daughter will be Feb. 25 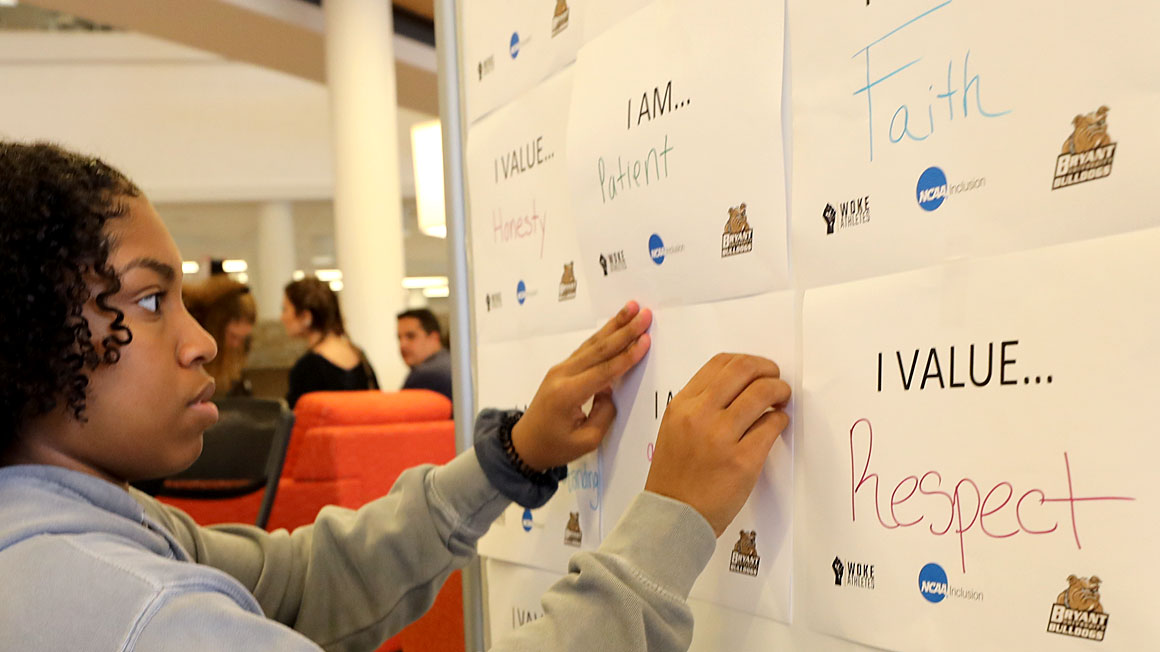 Work of Office of Institutional Diversity, Equity, and Inclusion fosters sense of belonging
The work begins with a variety of events, creation of affinity groups