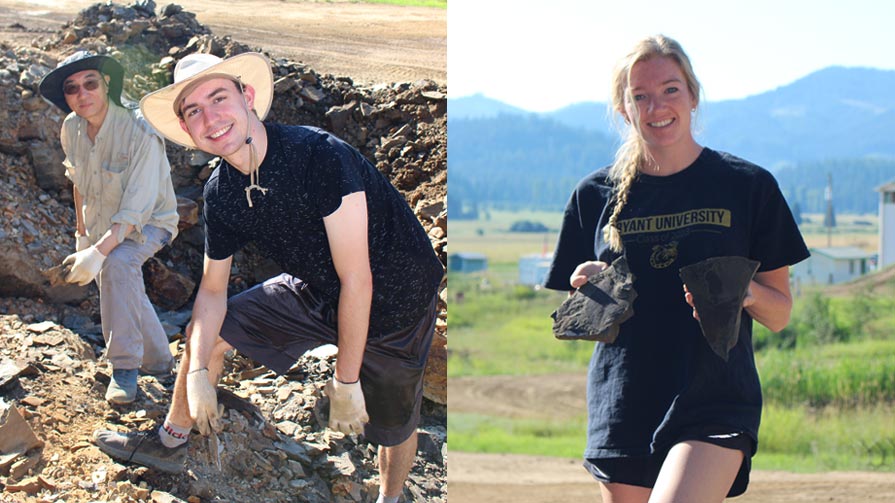 Under a towering rock wall in northern Idaho, Bryant University students and faculty loosen chunks of soft, crumbly rock with knives to uncover hidden treasures. The researchers are searching for fossils and biomolecules preserved in the layers of the ancient Clarkia lakebed, which dried up over time and was rediscovered during excavations in the 1970s.

Some of the fossilized leaves still show their autumn colors from when they sank into the water about 16 million years ago. The group quickly wraps the specimens, mostly from the relatives of modern dawn redwood and bald cypress tree plus sediments rich with ancient organic material, to slow degradation.

Led by Biological and Biomedical Sciences Professors Hong Yang, Ph.D., and Qin Leng, Ph.D., the investigators — including Bryant seniors and research assistants Joshua Turner and Taylor Vahey, both Class of ’23 — traveled to Clarkia, Idaho, over the summer to advance their research on climate change, past and present. The Miocene-era Clarkia lakebed holds critical clues to how the ecosystem responded to volcanic eruptions that triggered high atmospheric carbon dioxide (CO2) levels back then, which are similar to those we’re approaching today.

“Clarkia is a place where we visualize the near-future climate with our predicted analogous atmospheric carbon dioxide levels,” says Yang. “I remain hopeful that we can develop new technology and really slow down greenhouse emissions. Usually people working in climate change look on the dark side. But I have a lot of hope.”

Yang and Leng, both accomplished geo- and bioscientists, developed this Idaho field workshop as part of a National Science Foundation grant they received in 2018, with collaborators at Texas A&M University, to investigate the ancient geological past to better predict the impact of warming temperatures and to train tomorrow’s climate-action leaders.

“We always say, ‘Bryant is a small university, but it does not prevent us from doing high-quality, cutting-edge research,’ ” notes Yang, a Dr. Charles J. Smiley professor of science and technology.

Student Growth Under the Redwoods

Yang has explored Clarkia since the 1980s and, since joining the Bryant faculty in 1998, he’s brought lakebed fossils to his on-campus lab for students to make discoveries of their own.

Directed by Yang and Leng, the Laboratory for Terrestrial Environments is a hub for probing the inner workings of plants and sediments using organic geochemistry, microscopes, and other tools. A central focus is the modern and fossil plant genus Metasequoia, which flourished in ancient times in the Northern hemisphere, including Clarkia.

“We have learned the plant inside out in terms of their DNA, molecules, fossil record, living status, and history of discovery,” says Yang. “It’s a fascinating plant and key to our climate change research.”

Yang and Leng have produced three books and numerous journal articles on the deciduous conifer, which was thought to be extinct until one remaining species, Metasequoia glyptostroboides (also known as dawn redwood), was discovered in China in the 1940s; “it was considered a living fossil,” Leng says.

Bryant senior Joshua Turner has long admired the five dawn redwoods on Bryant’s campus, which were planted during an international symposium on the trees in 2006. But now he knows this endangered species carries a fascinating story about how plants respond to climate change.

RELATED ARTICLE: Bryant scientists, students, and collaborators around the world study the impact of climate change

As a research assistant in the Laboratory for Terrestrial Environments, Turner has helped discover that story and has had unforgettable real-world experiences. This year alone, he unearthed fossils in Idaho, dissected leaves using the latest techniques, and presented at a major geoscience conference. Turner is also supporting Yang’s research as a Harvard Radcliffe Institute fellow to understand how methane gas levels changed in the ancient Clarkia Lake by analyzing samples extracted from different sedimentary rock layers at the site.

In October, Turner presented some of his lab research during the Geological Society of America’s annual meeting in Denver. He described the lab’s efforts to figure out why living and fossilized Metasequoia leaves have two different types of cuticles and how studying them can inform conservation efforts today. He’s been using a new method, co-developed by Leng, that involves treating the leaves to become clear, dissecting them with acupuncture needles, and examining the epidermal cells under a microscope. The work, they explain, helps reveal the conditions during the geological Miocene era’s warming period, and how the ecosystem adapted to change.

Turner says his Bryant mentors have inspired him to pursue scientific research after graduation. “I can’t express enough how much they’ve helped me,” he comments. “They’ve given me so much guidance and support.”

Classmate Taylor Vahey is also using her experiences at Clarkia, where she photographed and observed the collection of ancient leaf and sedimentary rock samples, to produce work with real-world implications.

Vahey, alongside her mentor Professor Yang, is helping to design an experiential learning program to teach climate change essentials to college students, regardless of their majors, with a central goal of attracting more women-identified, minority, and international students to the sciences.

Vahey’s cross-disciplinary educational experience at Bryant as an honors entrepreneurship student and research assistant is informing this project, as well as her presentation at the Geological Society of America meeting in October.

Her talk was supervised by Leng, Yang, and Kelly Boutin, assistant director of the PwC Center for Diversity and Inclusion and director of the Hochberg Women’s Center and Pride Center at Bryant. Vahey is a member of the Women’s Leadership Living and Learning Community, which nurtures student leadership skills.

At the conference, Vahey described hands-on learning experiences, like the fossil-hunting trip to Clarkia, as powerful tools “with potential to generate lifelong active engagements for students to make a difference in the rapidly changing world.”

Speaking there “was really scary, because it was a prestigious international science conference, and I am an undergraduate business student,” she recalls. “But I love a challenge.” 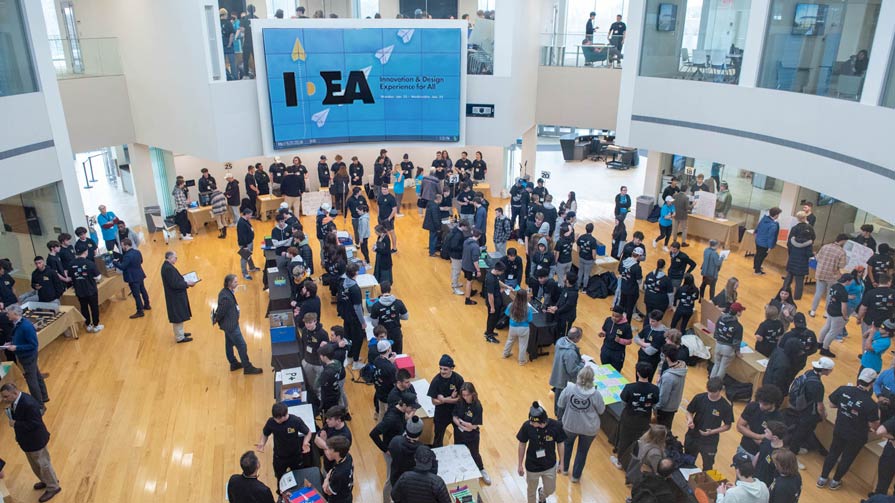 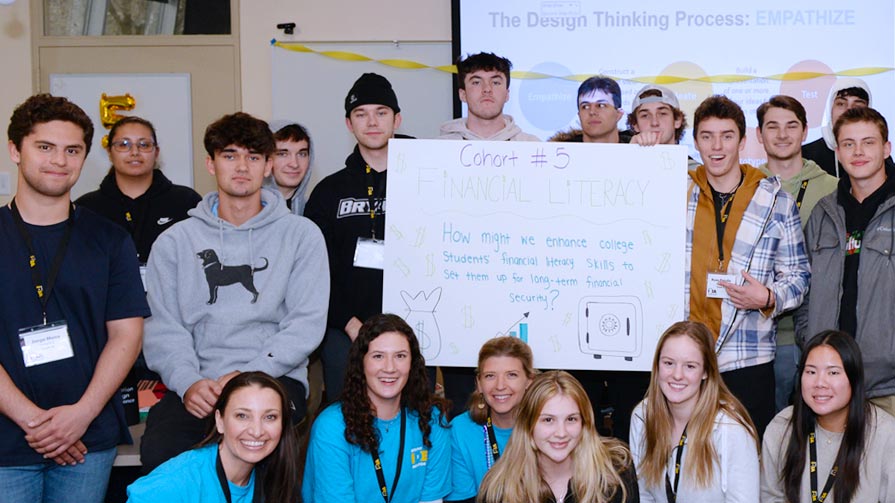 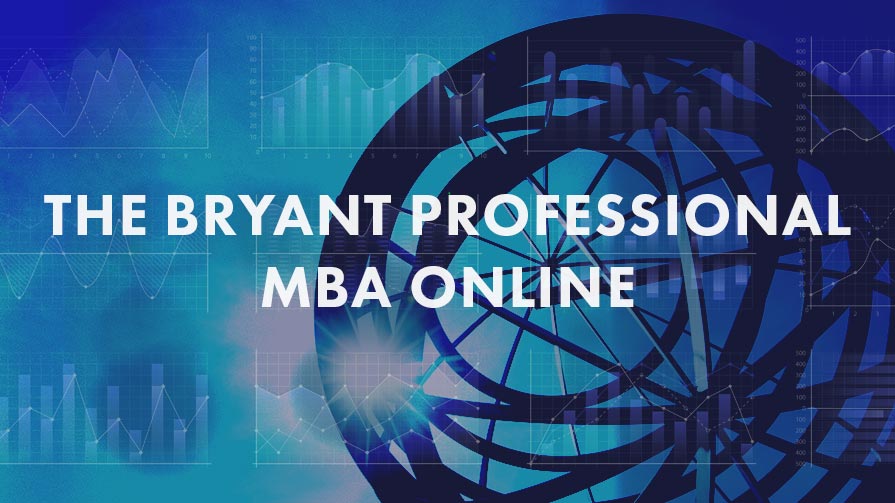 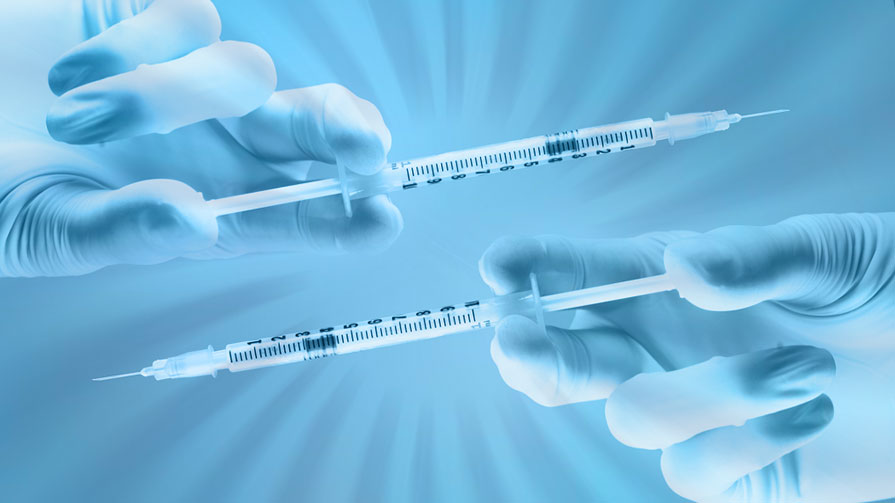 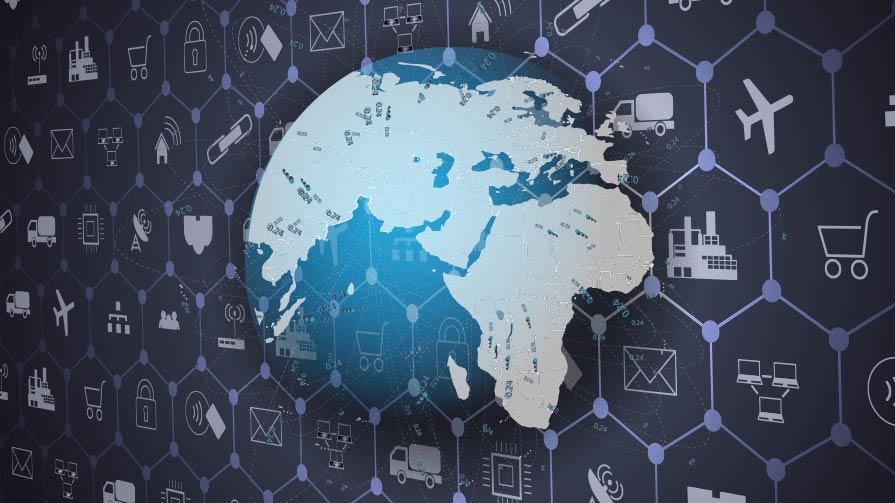