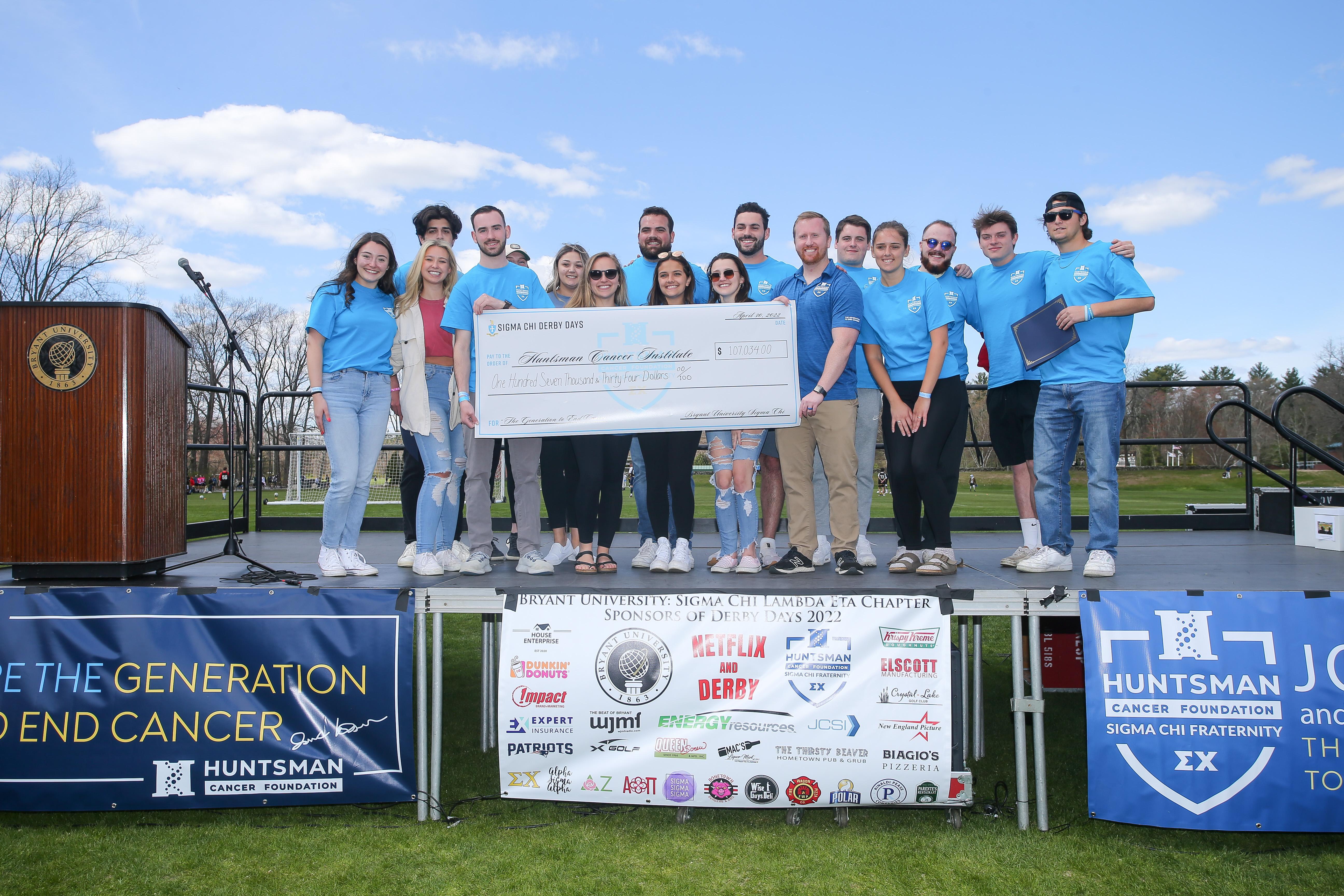 Bryant’s annual Derby Days fundraiser, benefiting the Huntsman Cancer Institute (HCI), raised more than $112,000 this year, far surpassing the previous record of $78,000 raised in 2021. Organized by the University’s chapter of the Sigma Chi fraternity, the fundraiser brought together more than 300 Bryant students and members of the Bryant community in support of an important cause.

“Through Derby Days, we’re able to give back to an incredible organization that helps so many people,” says Garrett Moloney ’22, Bryant’s Derby Days Director. “Over the years, it has grown into something incredible and powerful and is now one of the largest events on campus.”

For Sigma Chi, the annual fundraising drive is an opportunity to take the initiative and make a difference in the lives of others, and the organization set an ambitious goal of raising more than $100,000 early in this year’s planning stages. “College students have such an amazing potential to do good in the world, but that potential is so often overlooked,” notes Co-Director Liam Fluharty ’23. “Derby Days shows what we can do when we all join together.”

This year’s Derby Days had a special significance because of the recent passing of James Koshivos, a member of Bryant’s Class of 2022 and Sigma Chi fraternity brother. Koshivos had assisted with the planning of this year’s drive and Sigma Chi redoubled their efforts in his name. “James was on all of our minds. He believed in what we were doing and our ability to reach our goal,” Moloney says. “Our chapter and our community all wanted to honor him through our work.”

Giving back
Established in 1995 by businessman and philanthropist Jon M. Huntsman Sr., who was a Sigma Chi brother at the Wharton School of the University of Pennsylvania, the Huntsman Cancer Institute is known as one of the world’s best cancer hospitals and a world-wide leader in studying and treating cancer at the molecular level. Derby Days unites Sigma Chi chapters around the country in support of the Institute’s efforts and has raised more than $16 million for HCI since 2005. Over the past decade, Bryant’s chapter of Sigma Chi has contributed more than $300,000 toward that total.

“When the Bryant community sets a goal, we do everything we can to work together and surpass it. It’s one of our greatest strengths and one of the reasons that Derby Days has been so successful here. Bryant is a team like no other."

This year, Bryant’s chapter placed third in funds raised by the 244 Sigma Chi chapters across the United States and Canada. “This is an event that really showcases the generosity of the Bryant community,” Moloney states. “Students, alumni, faculty, and the Bryant administration all come together and go all out.

For nearly eight months, the members of Bryant’s chapter of Sigma Chi worked diligently to plan this year’s Derby Days by engaging the campus community in support of raising both awareness and funds and enlisting sponsors and community partners. Their efforts culminated in the week-long campaign, which took in donations from nearly every corner of campus. Fun events supporting the drive, including a trivia night, fundraising challenges, and community gatherings all sparked friendly competition in the name of a contributing to a worthy cause.

“When the Bryant community sets a goal, we do everything we can to work together and surpass it. It’s one of our greatest strengths and one of the reasons that Derby Days has been so successful here.” says Fluharty. “Bryant is a team like no other.”

This year’s Derby Days also included the first annual James A. Koshivos Derby Days Open, held at Crystal Lake Golf Club. Students, families, alumni, and friends of the University participated in the sold-out golf tournament, with proceeds, raffles and other elements all benefitting HCI. “By naming the tournament after James, it will be a reminder for people for years to come of his spirit, his character and his determination to change the world,” states Moloney.

To reflect and honor
Other events brought attention to the global fight against cancer and honored those affected by it. Throughout the week, students wrote letters of support to cancer patients, and an Awareness Day united the campus behind the cause.

"This could not have happened without all of you, and we should all be proud of this for years to come.”

A Lantern Festival was held on Bryant Pond in remembrance of all of those whose lives have been touched by cancer. Each attendee wrote the name of someone they knew with cancer on a paper lantern, lit the candle inside, and released it out onto the pond.

Something to be proud of
As he looks back on the success of this year’s Derby Days, and forward to all of the people it will help, Moloney is grateful for a community devoted to supporting others. “There are so many people that made this possible,” Moloney notes. “Our sponsors, the Derby Days committee who put in so much work behind the scenes, and the various departments at Bryant who assisted us—from the Center for Student Leadership and Involvement to the Alumni office to the Student Government and other student organizations like WJMF Radio.”

“And of course, most of all, we’d like to thank the students and everyone else who contributed to this year’s Derby Days,” he adds. “This could not have happened without all of you, and we should all be proud of this for years to come.” 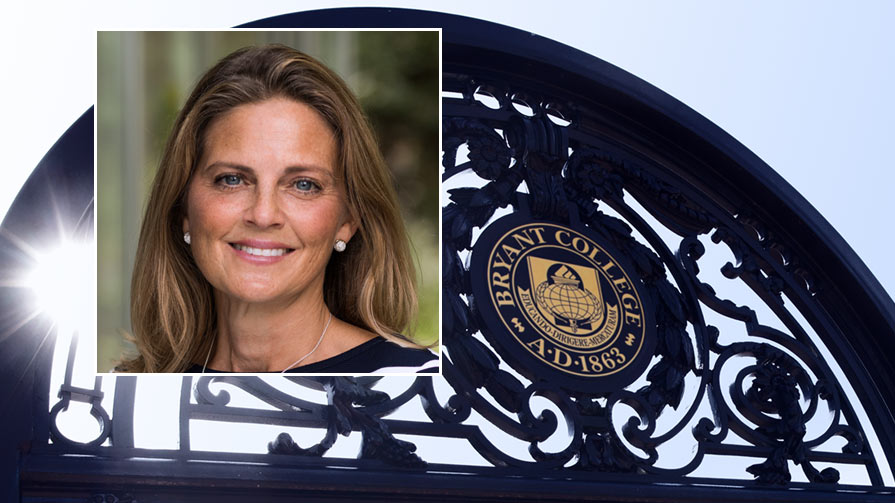 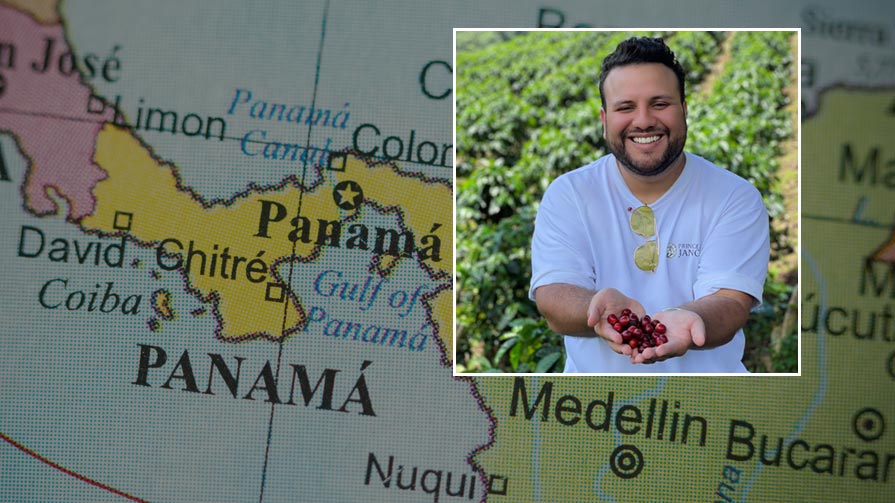 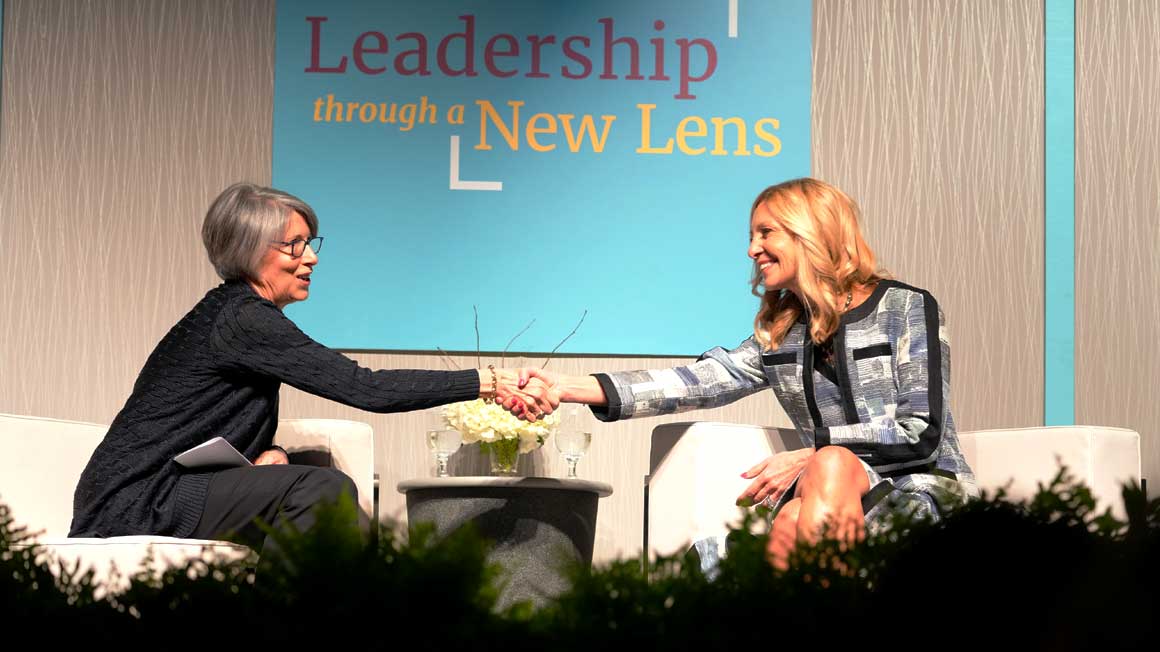 Bryant marks 25 years of inspiring excellence in women’s leadership
“The Women’s Summit is part of our efforts to ensure that Bryant is a place where women can thrive and succeed," says President Ross Gittell, Ph.D. 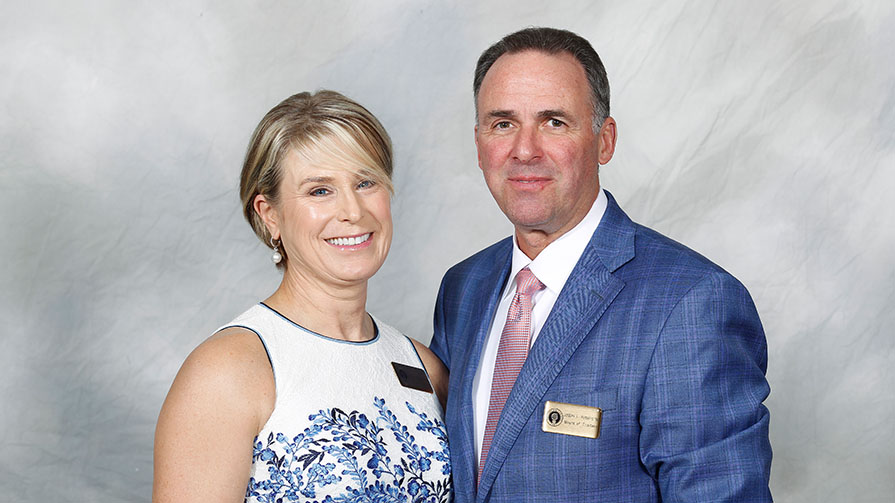 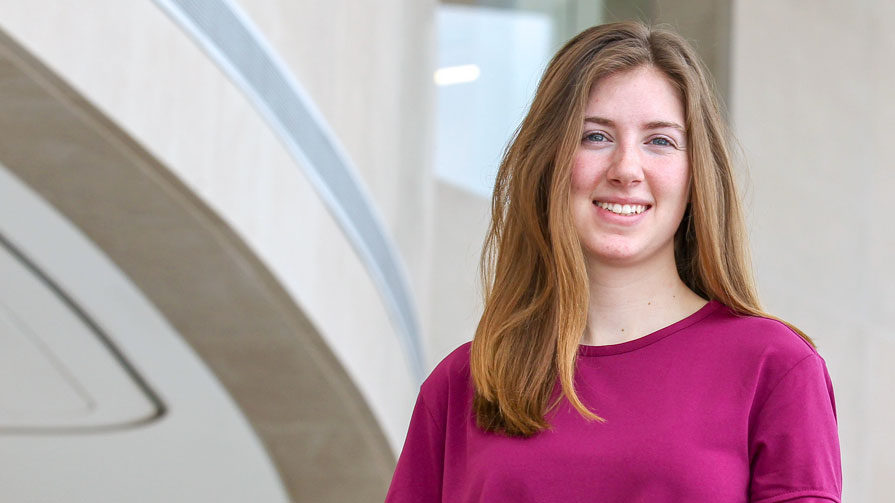 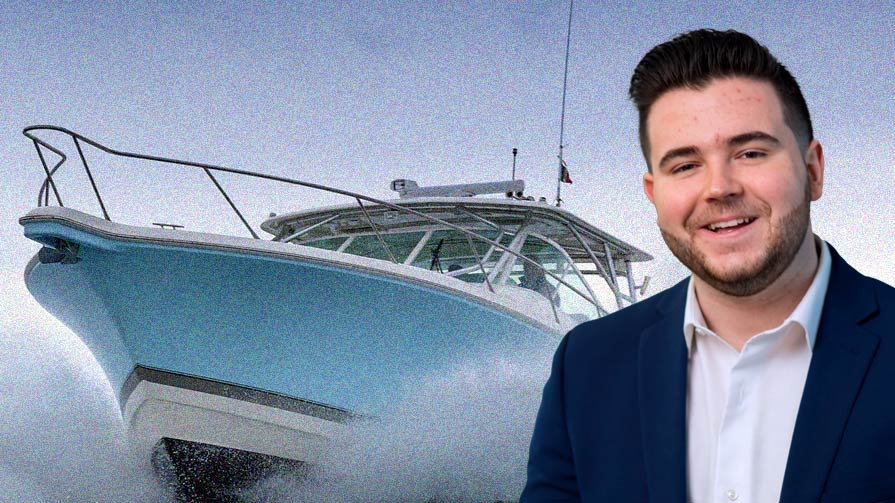